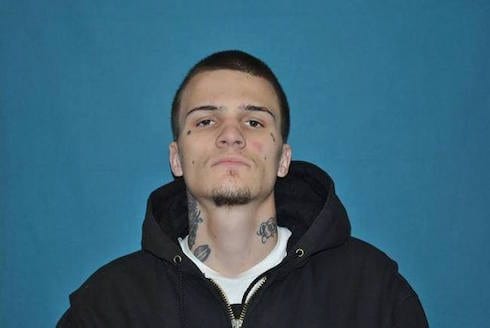 The identity of Aaron Hernandez’s rumored homosexual lover–allegedly the last person to see Hernandez alive–has been revealed. According to a new Daily Mail report, Aaron Hernandez’s alleged prison lover Kyle Kennedy has been taken off of suicide watch, onto which he was placed six days ago after learning about Hernandez’s suicide.

Larry Army Jr., Kennedy’s lawyer, confirmed that his client had been removed from protective custody, although the attorney was quick to say that Kennedy had been moved “to a protective unit [s] a standard precaution,” and that the 22-year-old “did not and has not exhibited any dangerous or risky behavior as a result of this situation.”

Army also acknowledged that one of the three suicide notes Hernandez left was for Kennedy. “But neither I, nor my client, have seen the letter,” Army said. “We will be requesting that the letter be turned over to my client as soon as possible.” (On Monday, a judge ruled that all three notes are the property of Shayanna Jenkins-Hernandez, the former NFL star and convicted murderer’s fiancée.)

Last week, a bombshell report claimed that Hernandez was secretly bisexual, had been involved in a homosexual relationship with a friend since they went to high school together, and had a prison boyfriend. That report cited several detectives who had investigated Hernandez’s June 2013 murder of Odin Lloyd; the detectives, who requested anonymity, said that Hernandez had killed Lloyd partly out of fear that Lloyd would expose Hernandez to Shayanna Jenkins.)

Kyle Kennedy is serving three to five years for committing a knifepoint robbery at Cumberland Farms in Northbridge MA in 2015. Following the robbery, he “led cops on a wild chase [at] speeds of up to 110 miles per hour,” per the Daily Mail’s article. Kennedy had also been jailed twice before: in 2012, he received a nine-month sentence for heroin trafficking; in 2013, he was sentenced to a year in prison on a heroin possession charge.

In addition, CBS Boston’s I-Team has discovered that Hernandez apparently planned his suicide for several days, and gave away most or all of his belongings before hanging himself. Their investigation revealed that among the items Hernandez gave away was “an expensive watch, thought to be worth about $50,000,” to the family of a “22-year-old close friend and fellow inmate” who was “one of the last to see Hernandez alive.” That inmate is not named in the CBS article, but his age and the fact that he’s further described as being “under 24-hour suicide watch” suggest that Kennedy was the inmate who received Hernandez’s watch.