After starting a national conversation with her Vanity Fair cover, Caitlyn Jenner is keeping the discussion going this summer with E!’s I Am Cait.

The 8-episode docuseries, which was previously untitled, premieres next month. Ahead of that, the network released the first preview today — and it seems the big message is about accepting your true self.

Of course, part of Caitlyn accepting her true self was living as a woman. Now that she is, she’s learning more about some of the specific issues women face. 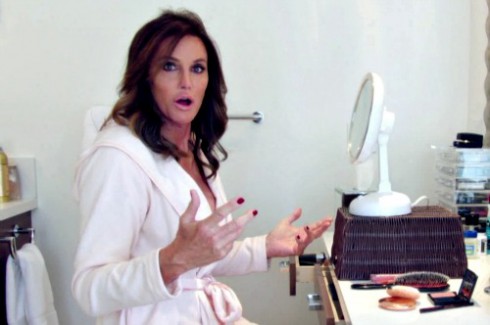 “You start learning kind of the pressure women are under all the time about their appearance,” she said while putting on her makeup. (Jon Stewart put that double standard perfectly last night: “Caitlyn, when you were a man, we could talk about your athleticism, your business acumen. But now you’re a woman, which means your looks are really the only thing we care about.”)

Later in the preview, Caitlyn and a few friends ventured off her private Malibu property. As they did, she mused aloud, “Isn’t it great that maybe someday you’ll be normal? Just blend into society?” When a friend said Caitlyn is normal, she responded, “Put it this way: I’m the new normal.”

Kendall Jenner admits nipple piercing, says she knew about Caitlyn’s transition ‘since she was a kid’