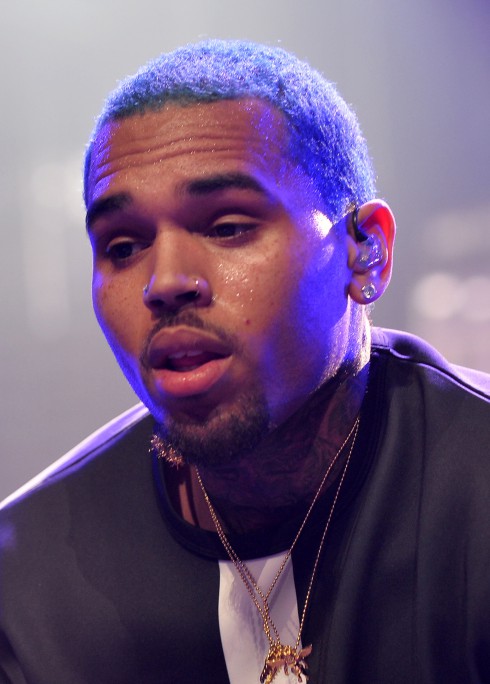 Chris Brown has (kind of) apologized to Kylie Jenner for an insulting Instagram post in which he both praised a personal hero and took a shot at newly revealed Caitlyn Jenner.

Brown–who will not face charges for assaulting an opponent during a basketball game last month–found himself at the receiving end of criticism last week, when he uploaded to Instagram a photograph of R&B star Akon, whose “Akon Lighting Africa” initative aims to bring electricity to 600 million Africans via new solar power farms. Chris Brown, in trying to bring attention to Akon’s cause, instead directed derision toward himself, for using the following text to accompany the since-deleted post:

Shout out to Akon! He is about to supply 600 million Africans with solar power. I’m really upset that this isn’t major news, but that science project Bruce Jenner is #Society.

Well–that was a week ago, heads have cooled, and, now, Kylie Jenner reports that Chris Brown has apologized to her (though Brown says he has apologized to everyone involved). He’s been going through a lot, you see.

No–that was Brown’s excuse. “[Chris Brown] did apologize to everyone involved,” a mutual friend says. “Even [to Kylie’s boyfriend] Tyga. He said, ‘I’m just going through a lot right now. My bad.'”

Kylie, in a move many characterized as “uncharacteristically smart,” was the first to criticize Brown’s initial comment by invoking Chris Brown’s close friendship with Tyga: “Not very nice to say about your friends dad,” she said, in a comment on the original photo. Later, she added, “State what you want about the world without bashing others. Leave a positive impact.” Brown perhaps remembered he and Tyga’s calm, almost charming playdate with their children from not so long ago, and did at least acknowledge that he was in the wrong.

What do you, the viewers at home, think? Are things getting out of hand where Caitlyn Jenner is concerned? Chris Brown is the second high-profile celebrity to be in the news regarding Caitlyn today–Clint Eastwood and his non-joke are the first–and the nationwide conversation seems to be getting heated. Are we too sensitive about Caitlyn Jenner? Or are we still trying to figure this all out?