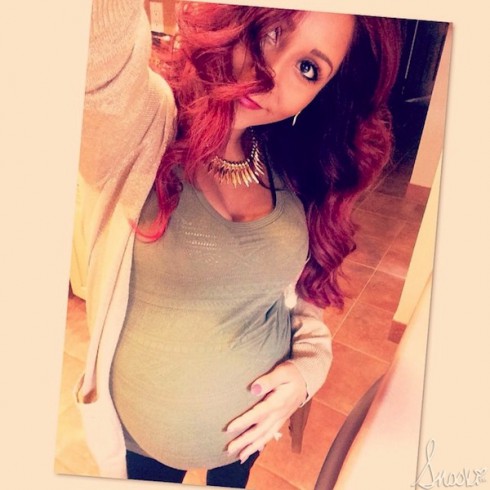 Snooki is ready to give birth any day now… And, based on a new video and comments from her, she hopes that day comes sooner rather than later!

Running around today!!! Hopefully running all of these errands will let babygirl know it's time to come out.

When errands alone didn’t give the baby enough of a hint, Snooki went ahead with her gym plans, which she’s been keeping up throughout her whole pregnancy.

Gym time baby girl might make an appearance during my workout

In the beginning of her second pregnancy, Snooki made a big statement that “you can still work out” by continuing to do workouts that involved flipping tires and “hardcore weight training.” She noted, wisely, that she was advised by trainer Anthony Michael to ensure exercises are safe for her and her unborn child.

Now that she’s 9-months pregnant, Snooki seems to be sticking with lower-impact strength workouts… Like the one she tackled yesterday.

Doesn’t look like yesterday’s attempts were successful in starting labor… But Baby Girl LaValle should be here within the month! That will give parents Snooki and Jionni just enough time to turn around for their Great Gatsby-themed wedding in October.