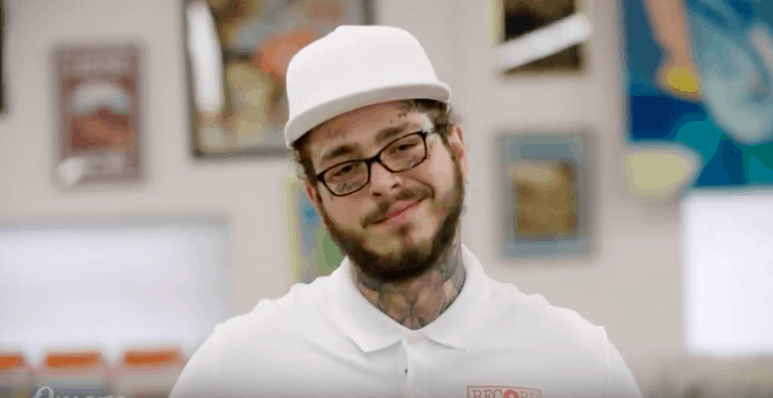 In a video posted on YouTube to promote his Bentley giveaway Post Malone went “undercover” in a record store pretending to be an aspiring rapper and store clerk. The only problem? HHe didn’t even attempt to cover up his super recognizable face tats.
Read More... 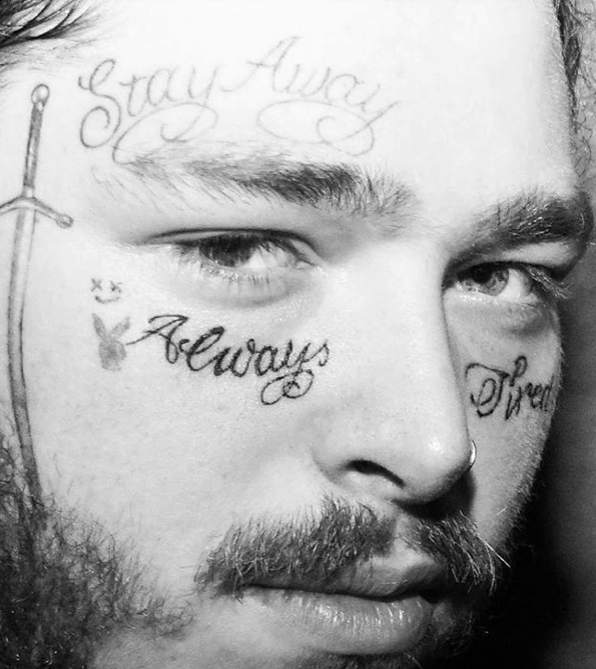 Rapper Post Malone has had a wild few days. First he won best new song at the VMAs and got to perform onstage with Aerosmith. Afterwards he partied with Cardi B and Travis Scott, and the next day boarded a private jet for London. That's when things went horribly wrong. The pilot noticed that two tires blew on the plane, which meant it was almost destined to have a crash landing. Instead of traveling to London, the plane circled around New York for over four hours to burn off the massive amount of fuel it was carrying. Thankfully the plane landed safely and Post told TMZ he was ready for some beer, some wine and some beer and some wine mixed together to get over the nerve-racking experience. But that's not we're here to talk about. We're here to talk about Post Malone's face tattoos, or rather what he looked like before his signature tats.
Read More...
We use cookies to ensure that we give you the best experience on our website. If you continue to use this site we will assume that you are happy with it.OkNoPrivacy policy