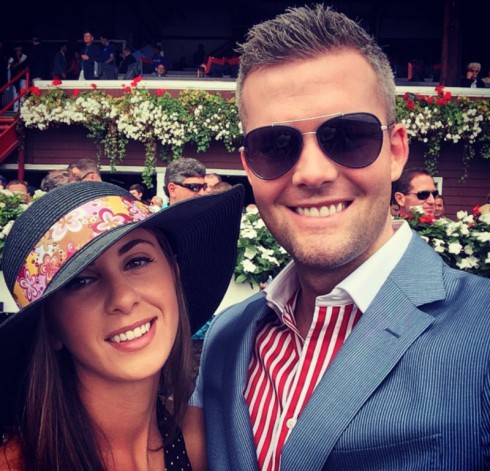 “Yesterday morning I shut down Times Square and a little boy from Texas (me) proposed to a little girl from Greece (Emilia) in this crazy city called New York,” the Bravo star said on Monday of popping the question to girlfriend Emilia Bechrakis. “I need to say thank you to the help of 50 NYPD officers, the Mayor’s office, and the Times Square Alliance. We had the heart of this city completely to ourselves. Like I’ve always said… GO BIG OR GO HOME.” 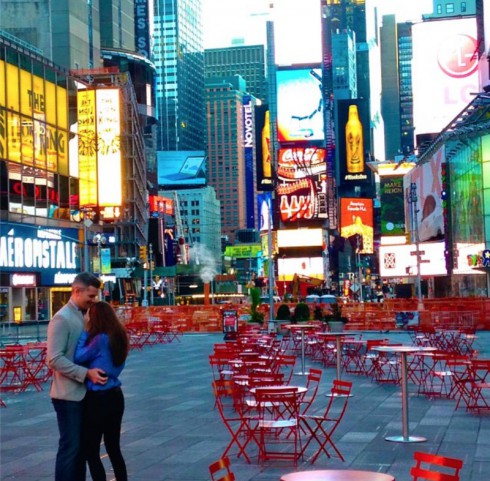 The 30-year-old real estate broker later told E! News he wanted to make the occasion unique because he will only “propose once” in his life.

“No one has ever done something like this,” he said. “I wanted to make sure that I did something special.”

New fiancée Emilia, a 29-year-old lawyer, added Ryan definitely pulled it off: “This was a complete surprise. I was not expecting this at all. He’s really outdone himself!”

So, what does it take to shut down Times Square? As Ryan noted, a lot of cooperation from NYC officials (and an undisclosed amount of money). He was ultimately allowed to “shut down” a section of the popular tourist destination during the whole 7 a.m. hour on Sunday. The proposal was filmed by Bravo for the upcoming season of Million Dollar Listing New York City.