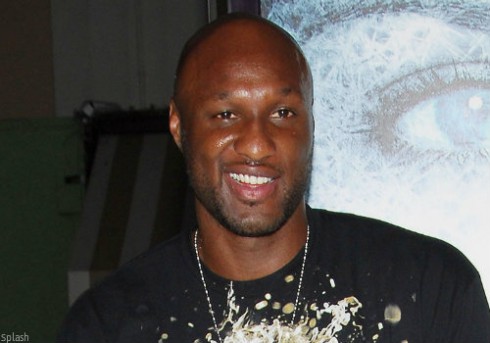 Lamar Odom is still fighting for his life at a Las Vegas hospital after he was found unconscious in a Nevada brothel on Tuesday. Sources say things do not look good for Lamar, who is reportedly intubated and has failing organs. However, Khloe Kardashian, her family and even Lamar’s old teammate Kobe Bryant are not losing hope as they keep vigil at the hospital bedside.

Dennis Hof, the owner of the brothel where Lamar was staying, told People the former NBA star had been partying since Saturday, Oct. 10. “Lamar called us wanting to come out and visit and get away from all the pressure and have some fun. He was having a good time, happy and healthy,” Dennis said. But, by Sunday, Dennis said Lamar’s mood changed. “We don’t know why he seemed a little sad, but he had been in good health and high spirits, laughing and giggling.”

Lamar continued partying with assistance from an herbal substitute for Viagra through Monday night. He was seen going to sleep in his room around 6 a.m. on Tuesday. When the ladies next checked in on him around 3 p.m., Lamar was unconscious and had “a bunch of stuff coming out of his mouth.” Dennis said they immediately called 911 and have been cooperating with police. He added, “We [told cops] he wasn’t taking any illicit drugs… But that’s the thing with addicts you never know because they hide things.” 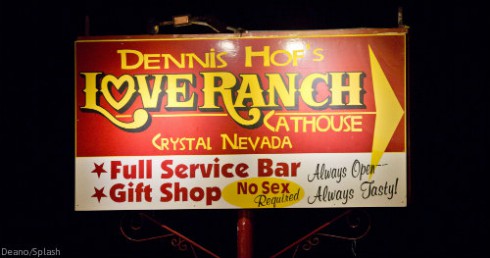 The Nye County Sheriff’s office confirmed on Facebook they responded to the brothel around 3:15 p.m. The office added…

An ambulance from Pahrump Valley Fire and Rescue Service arrived at 3:34 pm and the patient, identified as Lamar Odom was stabilized and transported to Desert View Hospital arriving at 4:16 pm. … After being treated by the physicians, arrangements were made to transport him by Mercy Air helicopter. However, Mr. Odom was unable to be transported by air due to his stature. He was immediately transported by Pahrump Valley Fire and Rescue Ambulance to Sunrise Hospital in Las Vegas, Nevada for further treatment.

By Tuesday night, TMZ reported Lamar’s heart is failing and he is intubated, which indicates he cannot breathe on his own. However, his friends and family are not losing hope: Sources confirm Khloe, Kris Jenner (seen below outside the hospital) and Kim Kardashian arrived at the hospital after taking a private jet from Los Angeles on Tuesday night. Kobe Bryant, who was playing nearby, reportedly also rushed to his former teammate’s bedside. 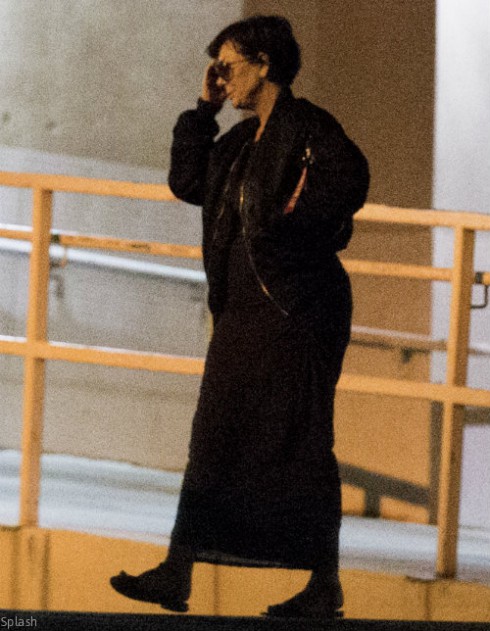 In episodes of Keeping Up With The Kardashians that have aired within the past few weeks, Khloe publicly expressed her concerns for Lamar — especially after his best friend died from issues related to drug use in June. “He’s distraught and devastated. Lamar has suffered so much loss in his life. I’m always going to be there for Lamar, especially when something as tragic as this happens,” Khloe said on air after Lamar reached out to her. “I’m really on high alert for Lamar because I mean, anything I think will set him to spiral, and that’s kind of the last thing I want for him.” (UPDATE Despite multiple reports the divorce was finalized, a court rep told Us Weekly a judge is yet to sign off on the papers — so Khloe and Lamar are still legally married.)

For now, the only official word from Lamar’s rep is a request for privacy. As publicist Eve Sarkisyan told Us Weekly, “Family and friends are extremely concerned for Lamar… Please don’t listen to the false information being circulated unofficially.”