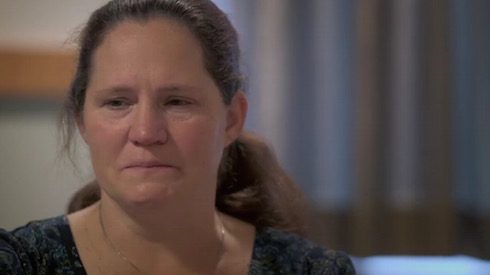 Last month, Alaska: The Last Frontier fans were shocked by an official update on the show’s Facebook page stating that Shane Kilcher had fallen off a ladder and broken his back while working on he and wife Kelli’s cabin. Though the original video clip has since been taken down, we were able to transcribe most of it, and learned that Shane has a “horizontal fracture extend[ing] two-thirds of the way through his [L2] vertebra.”

At the time, the only other Shane Kilcher update we had came from he and Kelli’s Facebook page, where Kelli had written to thank fans for their “prayers and kind wishes.” Kelli added that “Shane is doing well, but has a long recovery process in front of him.” Since then, though, Kelli has responded to a few more fan comments with what amounts to a second Shane Kilcher update — and, though we still don’t know too many specifics, it seems safe to say that Shane is out of danger and recovering as best he can.

A week ago, Kelli tried to stem the tide of curious fans who wanted to know whether Shane is still in pain, or wearing a back brace, or any number of other details, by reminding them of one of the key rules of reality TV: no spoilers from the cast. “We don’t really discuss details that will be in the show before they air,” Kelli explained. “Shane is working on recovery and doing ok.”

Just a couple of days ago, Kelli told another fan that Shane is “getting better every day,” and further confirmed that, in addition to modern treatment, Shane has been using the mountain herb comfrey, which he’s “used for bruises and sprain[s] in the past also.”

And earlier this season — in a post that we now know happened after the accident — the man himself offered a Shane Kilcher update, poking fun at himself and his cabin drama in the process. In response to the question “When u gonna get your cabin done,” Shane responded, “Either 2024 or 2017. Still trying to decide.”

Speaking of which: fans who watched the most recent Alaska The Last Frontier episode know that the three-year cabin is indeed complete! Atz Lee shared a photo of the finished product shortly before the episode aired, and wished his brother a speedy recovery in the process:

It was a lot of work helping @shanekilcher and @kellikilcher finish their house but well worth it! Probably one of my most favorite structures and certainly the most important addition to the homestead this year! Thank you all for your thoughts and prayers for my brother, he is a strong soul and has a hard road ahead to recovery. But I’ve got nothing but faith that he will heal. After all, he’s a Alas-CAN!!

Happy times! Kelli and Shane working on the walls earlier in the summer. Shane's hand popping up from the other side saying "Peace"!

And Corkwood Construction, with whom Shane and Kelli have been in touch “to collect and share information” about their house, shared a few family photos that Shane sent them, adding, “Fortunately [Shane] is on the mend.”

Finally, it’s worth remembering that the most recent Alaska TLF episode also revealed it was actually earlier this year when Shane suffered his accident, and not a few weeks ago. On that note, we thought we’d close this Shane Kilcher update with a video of Shane that Kelli shared in late October — in other words, months after his injury, but weeks before his injury was revealed on the show — in order to leave you with a good feeling 🙂

We’ll continue to offer a new Shane Kilcher update when we have more information from Homer. In the meantime, Alaska: The Last Frontier Season 8 continues to air Sunday nights at 9 on Discovery.