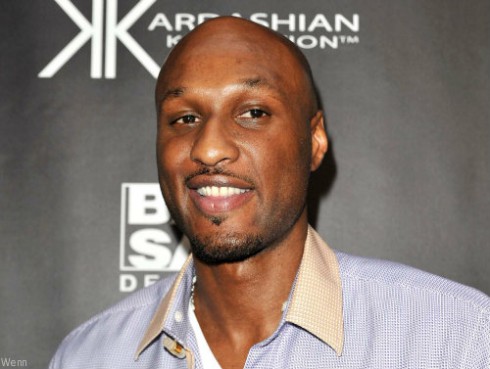 The fears many people have expressed for Lamar Odom are coming true. E! News confirms Khloe Kardashian’s ex-husband was taken to a Las Vegas hospital after he was found unconscious in a brothel on Tuesday morning. He remains unconscious and intubated with a prognosis that “does not look good.” (UPDATE Despite multiple reports the divorce was finalized, a court rep told Us Weekly a judge is yet to sign off on the papers — so Khloe and Lamar are still legally married.)

The news was first reported by TMZ, which says Lamar is “fighting for his life.” The medical emergency happened after Lamar allegedly spent days partying alone with women at Dennis Hof’s Love Ranch South, which is more than one hour away from Las Vegas. Sources from the Love Ranch said Lamar was taking an herbal substitute for Viagra; it’s unclear whether he ingested other drugs or alcohol. Earlier today, one of the women found Lamar unconscious in his room. The manager responded to the woman’s cries for help and saw “mucus-type liquid coming out of [Lamar’s] nose and mouth.” It was initially reported Lamar was airlifted to the hospital, but the Nye County Sheriff told TMZ they were unable to do that because Lamar (at 6’10”) is too tall to fit in the helicopter. He was taken to the hospital by ambulance instead.

Lamar has publicly struggled since splitting from Khloe. In 2013, when they were separated, he was arrested for driving under the influence. He checked into a residential treatment facility days later, but quickly checked himself out. Khloe later indicated Lamar’s problems had been going on for a long time, saying, “No one knew [about Lamar’s behavior] until he got so sloppy and started messing with all those girls, and all those girls want to do is [get] their 10 seconds of fame.”

After months largely away from the spotlight, Lamar returned to Instagram less than one month ago. There he’s documented some of his basketball highlights and healthy meals, which made many fans hopeful he was back on the right track.

UPDATE People reports Khloe is flying to Lamar’s bedside and may be joined by sister Kim Kardashian.

Lamar Odom checks into rehab for drug and alcohol abuse