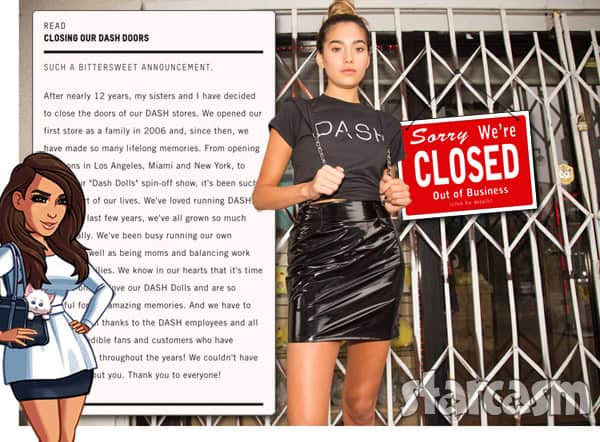 It’s the end of an era, as the Kardashian sisters will be closing their DASH store locations after being in business for more than a decade.

“After nearly 12 years, my sisters and I have decided to close the doors of our DASH stores,” Kim revealed on her website earlier today in what she described as “such a bittersweet announcement.”

Kim reminisced with a bit of the history of the boutique chain. “We opened our first store as a family in 2006 and, since then, we have made so many lifelong memories. From opening locations in Los Angeles, Miami and New York, to having our Dash Dolls spin-off show, it’s been such a huge part of our lives.”

During its decade-long lifespan, the DASH chain did indeed have locations in Los Angeles, Miami, and New York City — although the New York City location shuttered its doors in 2016.

So why close up shop(s) after so long? “We’ve loved running DASH, but in the last few years, we’ve all grown so much individually,” Kim explained. “We’ve been busy running our own brands, as well as being moms and balancing work with our families. We know in our hearts that it’s time to move on.”

Kim concluded by expressing her appreciation to all of those who made the 12 great years of DASH possible: “We love our DASH Dolls and are so grateful for the amazing memories. And we have to give a special thanks to the DASH employees and all of the incredible fans and customers who have supported us throughout the years! We couldn’t have done it without you. Thank you to everyone!”

The DASH Instagram page made the closing announcement with a throwback photo of Khloe and Kourtney opening the Miami location. They revealed that the website will be closing on May 20 and all stores will lock up for good on May 28:

#tbt to opening DASH Miami As all good things must come to an end, thank you to all our fans, customers; our team, and partners for the incredible love and support! It took a lot of hard work and commitment from Kim, Kourtney, and Khloé to have been around this long. It’s been an amazing 12 years! We will be officially closing our doors on May 28th and May 20th for online. Come shop with us one last time ❤ link in bio

Although the DASH boutiques have been a successful venture for the siblings — not just as a business venture, but as reality show story line generators — Kim couldn’t be more accurate when she says “We’ve been busy running our own brands, as well as being moms.” Khloe Kardashian is having a huge amount of success with her Good American fashion line, Kim Kardashian is following in her little sister Kylie’s footsteps with her KKW makeup line, and Kourtney Kardashian is getting ready to launch her Kourt x Kylie makeup collaboration.

Meanwhile, on the mom front, Kim now has two children, Kourtney has three, and Khloe has her newborn daughter True. Running multiple brick-and-mortar retail locations while being a mom and a reality star is a hard thing to do — just ask Farrah Abraham. 😉 (And I’m sure TMZ photographers will do just that.)

Meanwhile, here is a parting shot of the KarDASHian sisters together at the grand opening of the DASH store in Miami in 2014: 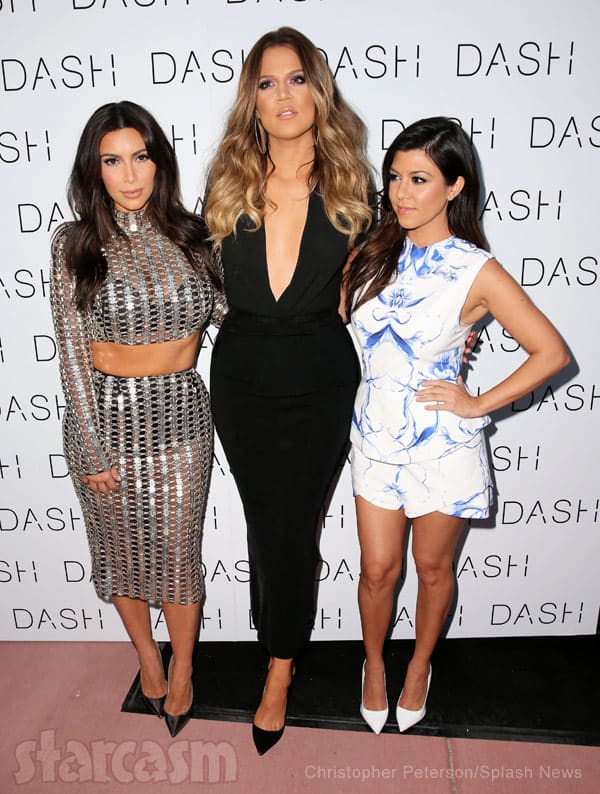