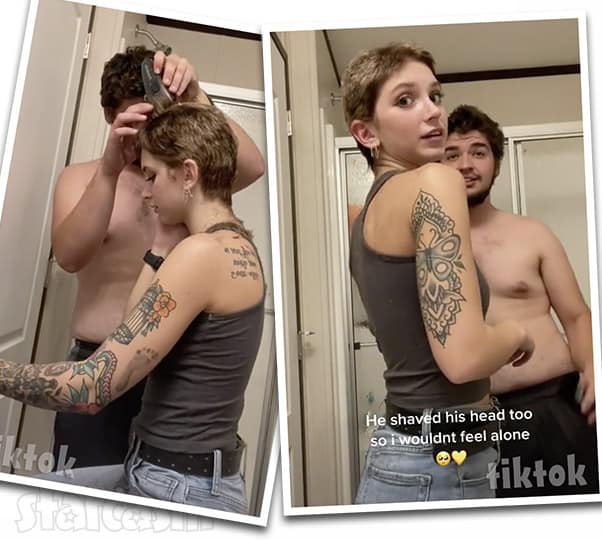 McKayla Adkins’ bad luck with professional hairdressers continues. The 20-year-old former Unexpected star recently shaved her head after getting blonde highlights that resulted in her hair becoming rubbery and falling out.

“So, I showered since getting my hair done, and my hair turned to rubber,” McKayla revealed on TikTok over the weekend. “All of my hair has been falling out since I showered — all the blonde. Just, like, clumps of blonde keep falling into my hands,” she continued.

In the initial video, McKayla was asking her followers for advice in hopes of avoiding having to cut off all her hair. “I don’t know what to do. I don’t want to shave my head. I want to keep my hair if I can.” McKayla also added that the haircut itself was “choppy” and she planned to trim it herself regardless.

In a follow-up video, McKayla zoomed in to show the damage to her hair before running her fingers through it and removing some of the blonde strands.

McKayla later returned and revealed that she scheduled an appointment with another hairdresser to attempt to address the issue. She also seemed resigned to shaving if that didn’t work. “I’ve decided that if my hair just keeps falling out and gets really thin and gross and stuff, I’m just gonna shave it.” She adds that she will “buy a nice, expensive wig and wear it every day.”

The second hairdresser must not have been able to repair the damage because the next clip McKayla posted to TikTok showed her boyfriend shaving her head!

And once he was done with her, McKayla’s boyfriend turned the clippers on himself. “He shaved his head too so I wouldn’t feel alone,” McKayla wrote over top of the video.

I’m not usually one to offer up my opinion on someone’s appearance, but I feel I should say that McKayla looks… great! Pulling off short hair can be difficult, but I think it looks fantastic on her! (And it’s not because of her recent nose job.)

Why is @mckayladkinss wearing wig at the #Unexpected Tell All? And why has she been wearing LOTS of wigs over the past few months?! 👩🏻‍🦱👧🏼👩🏻 (Yes, we tackle the hard questions!) https://t.co/ppstUsfY69

Unexpected fans will probably recall McKayla sporting a series of wigs back in 2018 after a pixie haircut gone bad. The pixie haircut was due to another unpleasant experience getting highlights.

“The reason I’m doing this is because my hair is so damaged,” she explained about getting the much shorter hairdo at the time. “I haven’t gone blonde, I haven’t gone lighter with my hair or anything, it’s just super, super damaged. And there’s some other factors playing in that is making my hair even drier, so what’s going to be happening is I’m going to just cut it all off and start fresh.”

Unfortunately, McKayla’s pixie cut didn’t go well either. “I showed my hairstylist a different picture than what my hair looks like. I wanted a completely different style,” McKayla explained. She was so upset with how the pixie cut turned out that she started wearing wigs — including the one she wore to the Unexpected Reunion.

Here is a gallery of photos featuring some of McKayla’s numerous wig looks: 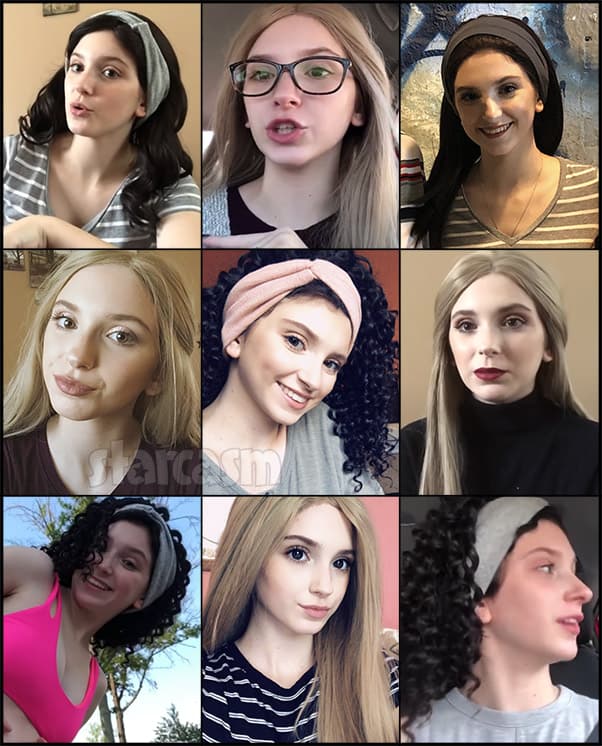 In case you missed it, McKayla Adkins will reportedly not be back for the new season of Unexpected. By all accounts, sisters Tiarra and Tyra Boisseau are the only moms from Season 3 that are coming back.

Hailey Tomlinson (aka Hailey 1) and Matthew Blevins reportedly filmed for the new season, but they were cut from the cast after attention was drawn to a series of controversial social media posts by Matt, which included his repeated use of the “N” word.

There are reliable reports that after Hailey 1 was cut, TLC decided to add Unexpected Season 1 mom Lilly Bennett back to the cast. Lilly is currently pregnant with her second child and due in November.

UNEXPECTED Max says Chloe cheated on him: ‘Don’t trust THESE HOES!’ – Plus Chloe and Hailey 2 feud!