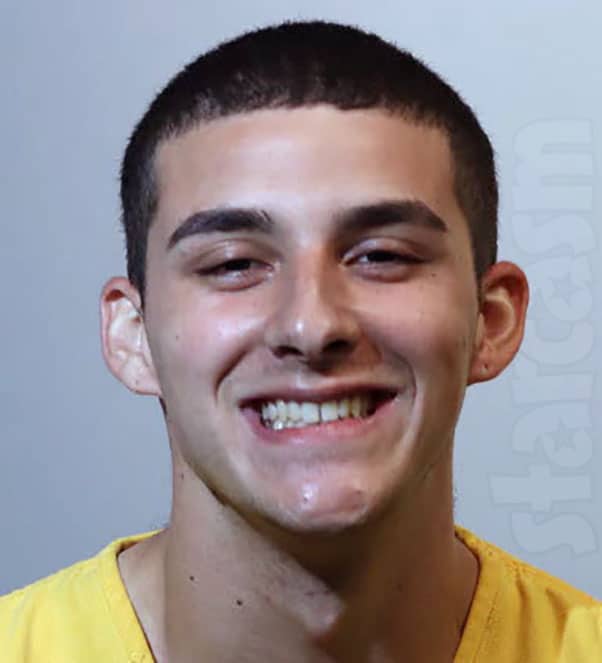 TLC Unexpected dad Anthony Vanelli is back behind bars in Florida. The troubled 20-year-old was arrested on Thursday and is facing a charge of aggravated assault with a deadly weapon.

Anthony is currently in jail and being held on a $5,000 bond. He has a court date scheduled for May 18.

We don’t have any further details on the allegations against Anthony for this most recent incident. There doesn’t appear to be a court case on file yet, which could be because of the holiday weekend. We’ve reached out to local police and will update as soon as we know more.

UPDATE – Click here for exclusive details from the arrest report!

Just as news of Anthony’s arrest broke online, his ex Rilah Ferrer made her return to Instagram after an extended hiatus. She hasn’t commented on Anthony’s arrest on her own page, but she did comment on @tlc.unexpectedtea’s post about it.

“He cra cra,” Rilah wrote in response to the post.

Rilah also had this interaction with a commenter:

COMMENT: Does anyone know the charge?? Also we all HAVE to support our dear girl Rilah, this can’t be good for her mental health. Rilah we love you!!!!

RILAH: Girl I promise you I really don’t care. I’m actually happy he’s arrested again hopefully he stays gone. Thanks for the support tho ❤️

@tlc.unexpectedtea’s post included screen caps of Instagram stories by Rilah’s mom, Rosa. She posted Anthony’s mug shot photo and then the message: “This doesn’t make me happy. All I have to say is he needs help.”

After someone pointed out that Rosa deleted those stories, she replied by explaining that she regretted making the posts. “What he needs is mental help and that is what I want the most for him,” Rosa iterated.

Anthony’s arrest is just the latest in a string of legal troubles for the former reality star. In October of 2019, he was arrested for domestic violence after an altercation with Rilah.

In February of this year, Anthony was arrested again after allegedly stealing his grandmother’s car and shooting his former stepdad’s house. He has been charged with shooting into an occupied dwelling (2nd degree felony) and improper exhibition of a dangerous weapon or firearm (1st degree misdemeanor). Those charges are still pending with a pre-trial conference scheduled for May 5.

#Unexpected dad Anthony Vanelli arrested after he allegedly stole his step-grandmother's Mercedes & then donned a mask & hoodie before shooting his step-dad's house. Get all the details from the police report, plus Rilah's scathing response! #UnexpectedTLC https://t.co/0AxGmK8teI

Given Anthony’s history with violence and the recurrence of a deadly weapon in the charges, I am guessing that it is going to be very difficult for him to avoid serious prison time. We will continue to monitor his cases and update with any major developments.

Speaking of Anthony and updates in criminal cases, we have some information on his mother’s ex-boyfriend, Markos Asmat. (Unexpected viewers may recall scenes with Anthony and Markos shooting basketball together and talking about Anthony becoming a dad.)

#UNEXPECTED Anthony needs to stop taking advice from his mother Rebecca's boyfriend Markos because Markos is currently in jail in Florida for murder! Get all the details on the terrifying home invasion allegedly orchestrated by Markos earlier this year. https://t.co/BdNytzIU79

Markos looks to have entered in a plea deal after being charged with second-degree murder with a firearm and burglary with assault or battery (with a firearm). He is currently awaiting sentencing.

Markos wrote a letter to the judge asking for leniency, but it probably won’t help his case that he picked up another charge of introducing contraband into a county facility after officers found marijuana in a ChapStick tube in Markos’ cell.