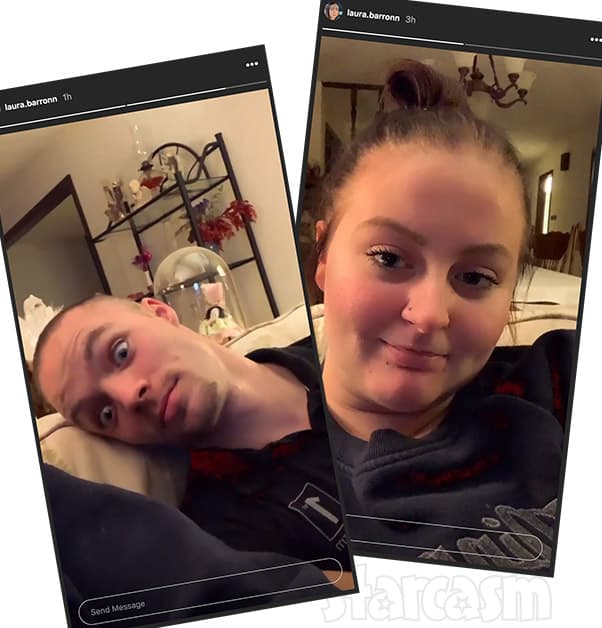 Unexpected Season 2 couple Laura Barron and Tylor Strawmyer looked to be heading for a happily ever after as they were the only mother and father from all three seasons of the show to remain together and get married. Tylor joined the Navy, and the couple welcomed a second child together in October of 2019. The future was looking great!

The couple’s happy ending was derailed back in June as both Laura and Tylor went their separate ways, exchanging negative things about each other on social media in the process.

Laura and the couple’s two children would eventually move back to Indiana where her family lives.

Tylor revealed on Instagram at the beginning of September that he has struggled with depression, and that he had considered suicide. “For the past week I have been in a mental Healthcare center,” he wrote in his Instagram post.

Months after their lengthy (and apparently acrimonious) split, Laura shocked her Instagram followers on Thursday by sharing a brief video of herself and Tylor together with their kids. The kids were playing, and Laura and Tylor appeared quite happy as well.

However, before the couple can begin to mend the fences and potentially attempt any sort of reconciliation, they will need to deal with one rather major issue: Tylor’s new ex-girlfriend says she’s pregnant!

A young woman from near where Tylor was stationed in San Diego, California reached out to us about their alleged relationship and her pregnancy. She says that she and Tylor began dating around August or September, and they just broke up last week. She shared numerous photos and video clips with Tylor, as well as evidence of her pregnancy.

Here is a sample photo of her and Tylor chilling in bed together: 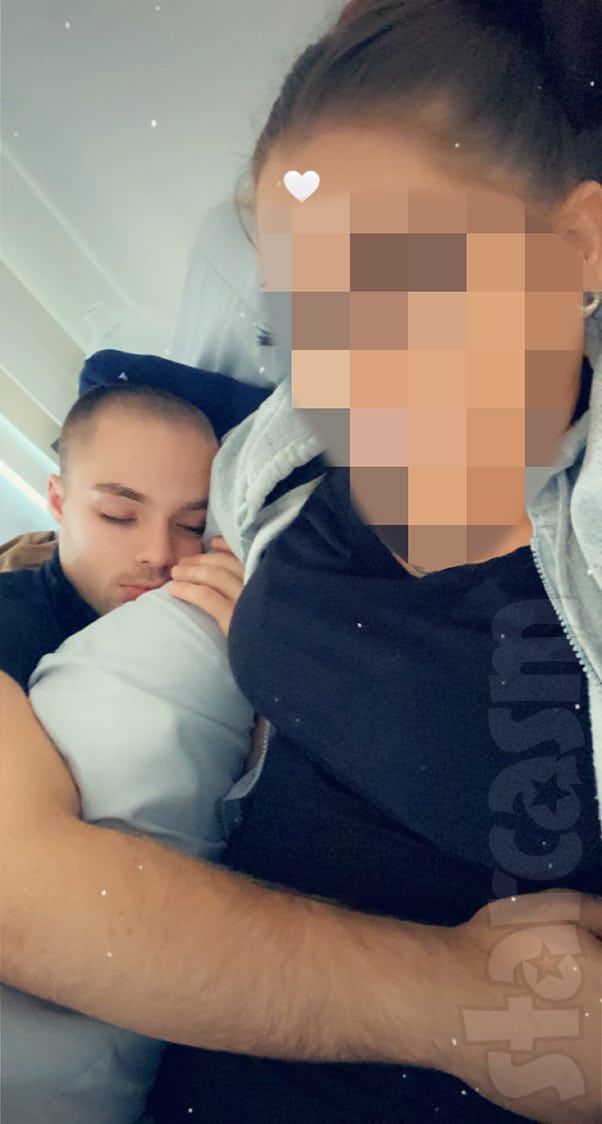 Here’s an unfiltered screen grab of Tylor from a video clip that the woman recorded and was included in: 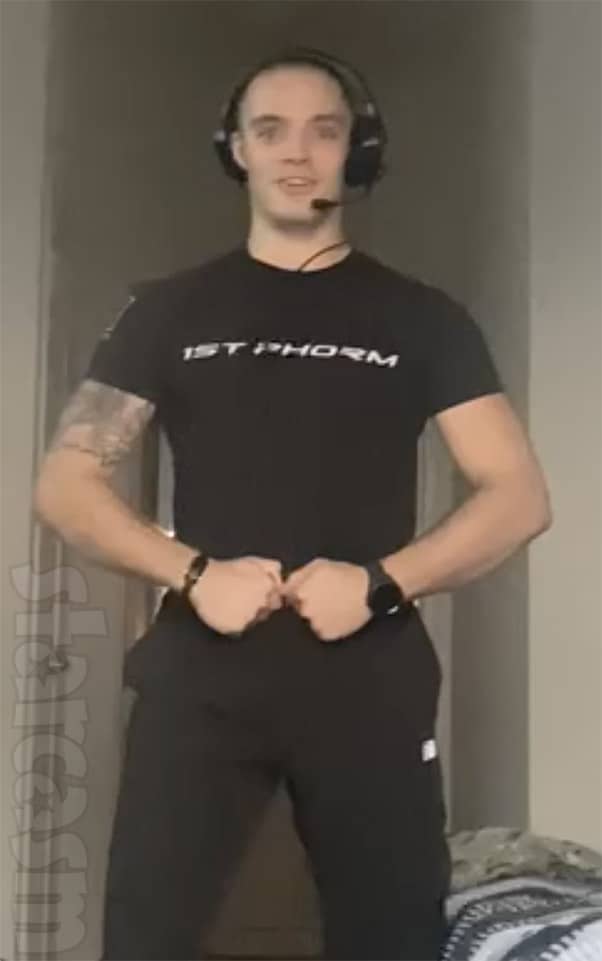 “Tylor was my best friend he was such an amazing man always made me laugh, knew when I was sad, and just loved me unconditionally,” she reveals.

But, things went south quickly. “It’s a shame when people show their true colors and their true intentions, the woman says, adding that Tyler has “anger issues.” She says the anger issues became much more evident after Tylor ran into a major bump in the road in regards to his Navy career. (I will leave it at that.)

The woman tells us her due date is June 28, 2021, and that Tylor’s other ex already knows. “I even messaged Laura and told her and sent her the proof,” she says. She also tells us that Tylor doesn’t want to be involved with the pregnancy or the baby.

#UNEXPECTED Did Laura and Tylor break up? Is he already dating other people?! https://t.co/SLkEUicQ8M pic.twitter.com/TYyTmOoGfl

Speaking of Laura, Tylor’s new ex had ALL SORTS of tea to spill on Laura and Tylor’s relationship! That is information that she didn’t want us to share just yet. However, she is considering posting lots more information and receipts on social media. We will be sure to update (with links) if she decides to follow through.

UPDATE – After our article was posted, the claims made by the woman (who has since publicly revealed that her name is Sammantha Taylor) have made their way online to various social media sites and forums. Here is some of what has been posted, including lengthy reactions from Sammantha herself, via @tlc.unexpectedtea:

UPDATE 2 – It it appears that Laura and Tylor have deleted their Instagram accounts.

UPDATE 3 – On December 8, Sammantha sent us photos of herself with new sonograms. As you will see in the pictures, Sammantha is currently a patient at the Tri-City Medical Center. “As of today I’m now 11 weeks and 1 day pregnant,” Sammantha tells us. “I even attached a photo of me in the hospital (been here for a lil over a month now due to being a high risk pregnancy) as well as the other ultrasound from when I was 7 weeks and 6 days.” 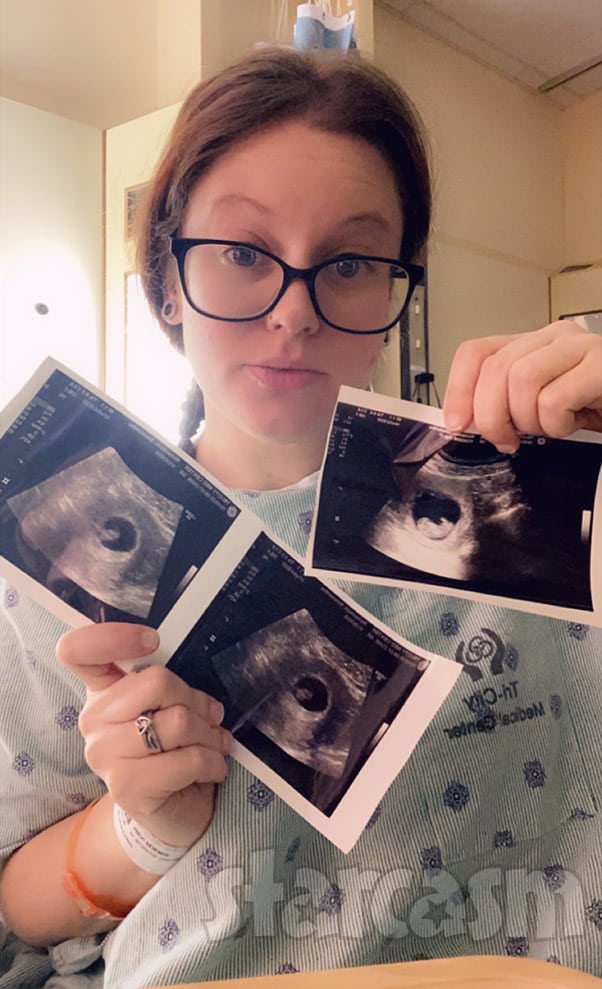 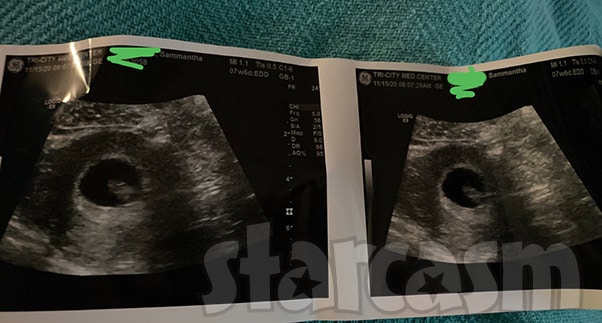 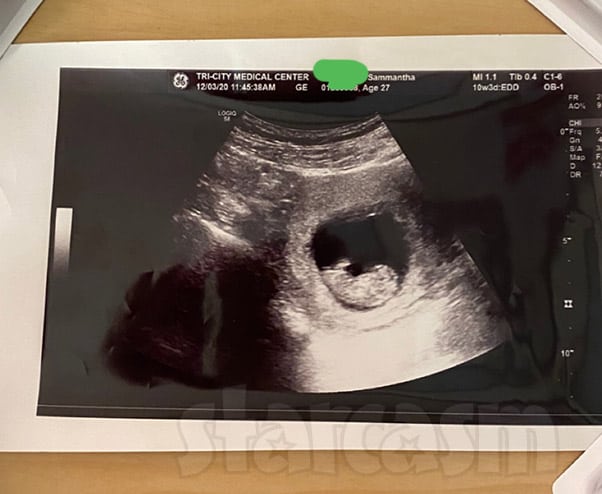 I have stated numerous times before that I was bummed about TLC’s decision to not continue filming Tyler and Laura. I was excited to see a potentially successful marriage come from their bad situation, and I was also excited to get a glimpse of what life would be like for a young family with someone that just joined the military.

Now I’m disappointed that the couple is no longer on the show because it appears that their lives are jam packed with drama!

As we previously reported, Laura participated in filming for an Unexpected catch-up special with some of the other former moms on the show. She filmed right around the time of her and Tylor’s split, so it’s unclear if she will be talking about that or not. Also unclear is when TLC plans to air the catch up special. Unexpected Season 4 premieres on December 20, so I would guess that it might air the Sunday before? Stay tuned!

TLC Unexpected Season 4b ratings plunge, down 66% vs Season 3