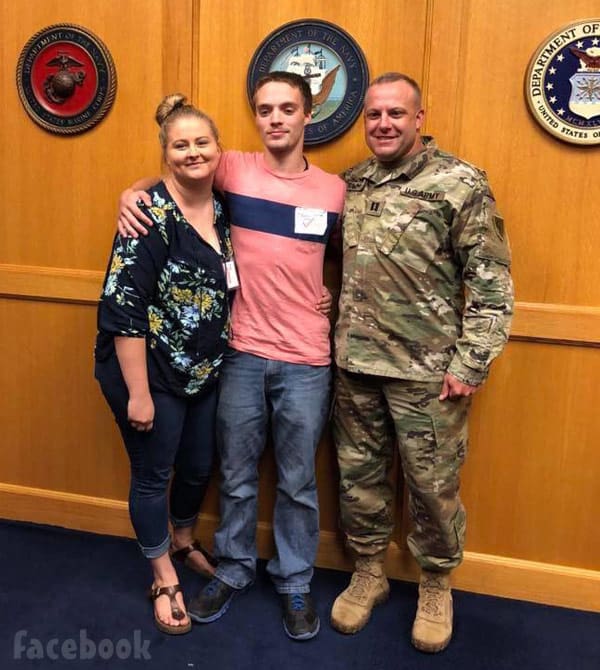 Unexpected dad Tylor Strawmyer has inspired A LOT of conversations among viewers this season! In addition to openly considering a career as a male stripper (in front of Laura’s very Christian parents, no less), Tylor was also called out by Laura for cheating. Tylor has tackled all of these topics on social media, as well as explaining how he got those bald patches in his hair — and revealing that he has joined the Navy!?

I will start with the big career news first. Tylor officially signed up with the Navy on August 6, and it was his uncle who swore him in. “An emotional day it was yesterday,” Tylor reflected in a caption to a gallery of Instagram photos of his swearing in posted the following day.

However it’s time to get a new journey started and show people how capable I actually am,” he continued. Ready to support my family and do anything and everything to make them happy. Can’t explain how happy I am to be a Future Sailor. Indeed I am not one yet but soon. And very blessed that my uncle could be the one to swear me in. One of the people that I look up to most in life! Thanks Uncle Jake!

Tylor revealed that he is entering the Navy’s Advanced Electronics Communication Field, and he officially left on September 26 to begin his 8 weeks of boot camp.

Laura posted an emotional photo on Facebook in which she can be seen hugging Tylor with their son Lucas in her arms just before Tylor left for boot camp: 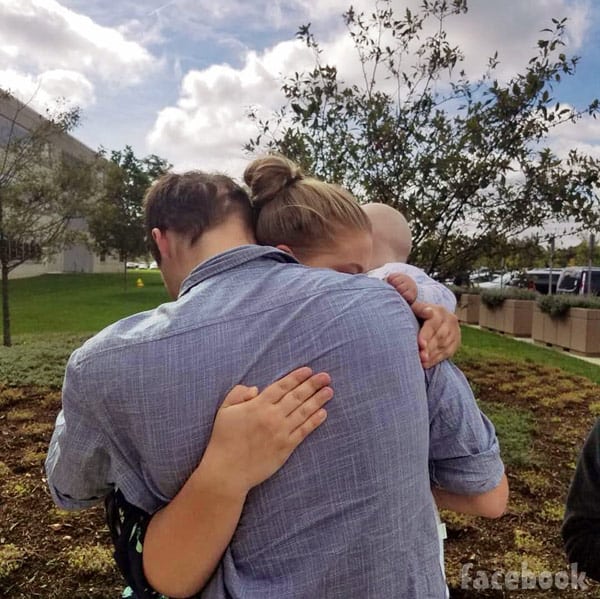 Prior to heading out for boot camp, Tylor and Laura took a week-long “honeymoon” cruise to Honduras, Belize, and Mexico! Wait, honeymoon? Are Tylor and Lura married?! I don’t believe so, only because neither of them were wearing rings while on the cruise. That’s not proof, of course, and it will bear more looking into.

UPDATE – Well I’ll be! Tylor and Laura ARE married! Click the link for all the details!

It seems obvious, given his enlistment in the Navy, that Tylor has abandoned his dream of becoming a male stripper — a career he infamously proposed to his future in-laws on the show this season. So what was up with that? Tylor tried to get out ahead of the controversy by revealing he only brought it up in jest.

“The episode tonight includes me talking about being a stripper,” Tylor tweeted on the same day the episode aired. “Before it comes on I want everyone to know. This was just a joke. I am leaving for boot camp in ten days. And I had no intentions of actually being a stripper. #psa”

OK, we’ve cleared up the “Magic Tylor” thing — but what about the cheating that Laura revealed this week? Tylor said that it happened two years before Laura got pregnant, just after the two of them began dating.

He also expressed a great deal of frustration over the episode’s editing making things seem worse than they were as far as the timing and the relevance. “I said since it happened two years ago I don’t care and IF she wasn’t over it she should be,” Tylor explained on Instagram, regarding his seemingly insensitive conversation with Laura. “You ignorant people need to realize how edited this show is.”

That leaves just one major topic: Tylor’s hair. Numerous scenes this season have revealed bald patches on the back and side of Tylor’s head, which had many viewers openly wondering what the cause was. Here are a few examples: 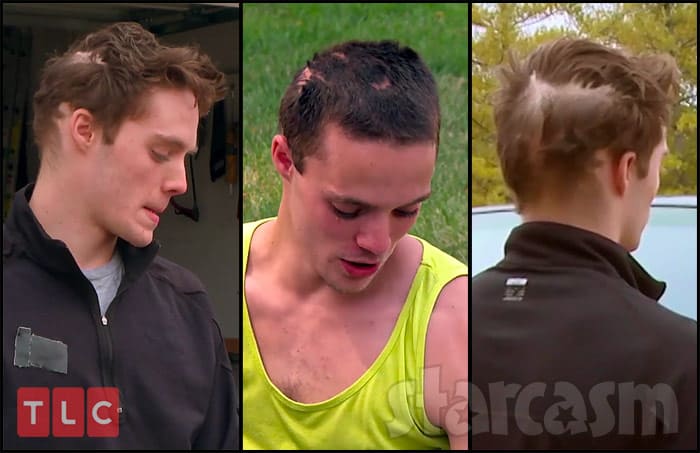 Tylor explained in a series of tweets that the bald patches were the result of a health issue when he was a child. “It was a mole that covered the entire back of my head,” he explains. “It was likely that it could’ve turned into cancer so it got removed. Mostly. And then an open wound got infected in kindergarten and the scar got bigger.”

Well, that answers that question definitively.

In case you were unaware, there is no new episode of Unexpected this week thanks to the Before the 90 Days live after show. But the teen moms and dads will make it up to us with a two-hour episode on October 7!