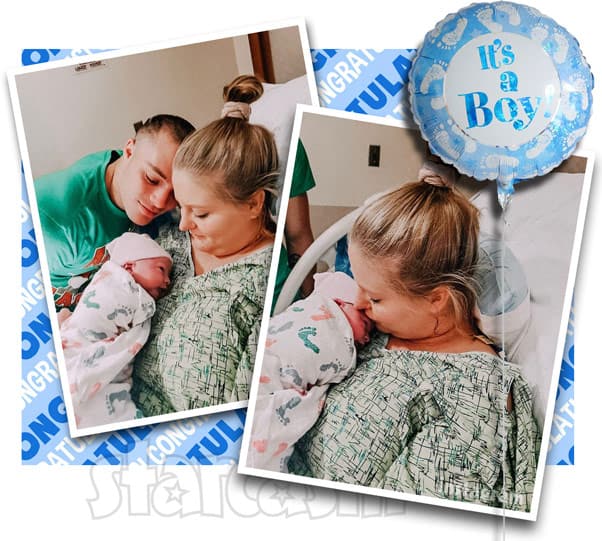 Congratulations to Unexpected mom Laura Barron! The former reality star gave birth to her second child, a boy, at 1:58AM this morning!

Leo Brian Strawmyer weighed 7 pounds and measured 19 inches. “He’s perfect and healthy,” Laura updated on Instagram, along with the photos above. “Thanks for all the kind messages. We really appreciate you guys praying and all your love for our family.”

Laura then revealed that she would be taking a break from social media for a while. “Taking some time off of my phone and spending time with him now,” she wrote, along with two heart emoji.

Both Laura and her husband Tyler were updating fans throughout Laura’s labor, which began more than 24 hours before she delivered.

Here are some of their updates from their Instagram stories: 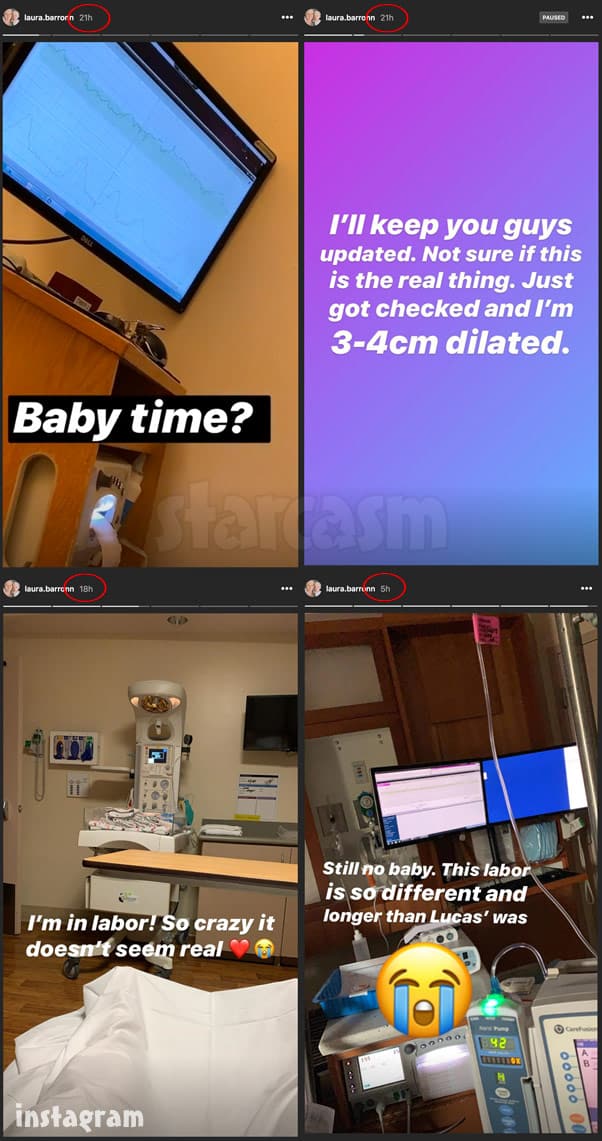 Leo joins his big brother Lucas Andrew Barron-Strawmyer, who turns 2 in February. The new addition is just the latest major life change for the family, and it has all been very positive! From our previous post revealing that the couple was moving to California:

Tylor and Laura secretly got married on July 28, 2018, and soon after that, Tylor joined the Navy on August 6. “It’s time to get a new journey started and show people how capable I actually am,” Tylor captioned a gallery of images of himself signing up. “Ready to support my family and do anything and everything to make them happy. Can’t explain how happy I am to be a Future Sailor.”

The newlyweds then went on a honeymoon cruise to Honduras, Belize, and Mexico before Tylor headed out to Navy boot camp near Chicago.

Tylor completed Navy boot camp in late November, and went on to A school.

Then, in April, Laura dropped a major bombshell when she revealed that she was pregnant with her second child and due in October!

In August, Tylor, Laura, Lucas, and Laura’s bun in the oven made the cross-country trip from Illinois to their new home in San Diego where Tylor was stationed. As he continues his naval career, Tylor has been focused on fitness and recently bought a motorcycle. Both Laura and Tylor do an amazing job of updating their followers on Instagram, and they also document their lives on their YouTube channel.

Another photo of lil’ Leo: 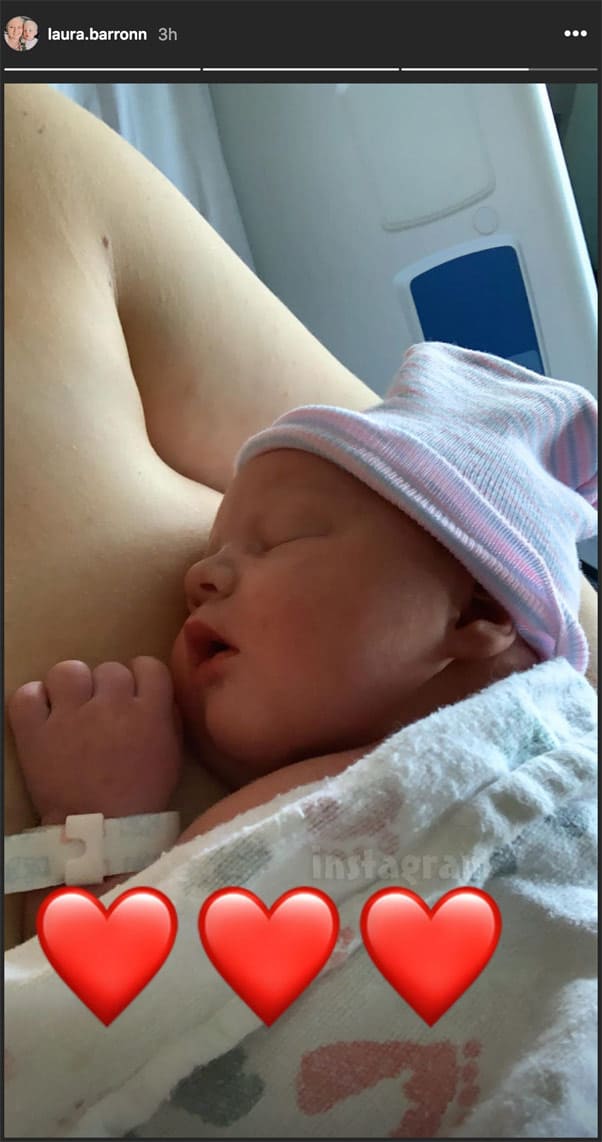 CONGRATULATIONS to Laura and Tylor! I’ve expressed my disappointment over producers choosing to not continue following their story for Unexpected. In addition to being very curious about the military life, especially with a very young couple with children, I thought these two had a real chance of making it as a couple. I definitely wanted to see that chance play out on screen! If Tylor winds up getting stationed overseas, then I hope TLC and producers consider bringing them back.

Of the twelve moms from the three Teen Mom shows, only Catelynn is still with the father of her first child. (I don’t know if they would have remained together if they had elected to not place their daughter Carly for adoption.) Mackenzie McKee was still with husband Josh (off and on) until recently, but they are currently separated and appear to be headed for divorce.

Unexpected has a much higher rate of couples staying together, but that HAS NOT been a good thing — AT ALL. (Consider McKayla and Caelan, Lexus and Shayden, and Chloe and Max.) Laura and Tylor could have been the much-needed positive relationship in the Unexpected recipe.

McKayla Adkins not filming for Unexpected Season 4, reminds us Tim is her step-grandpa