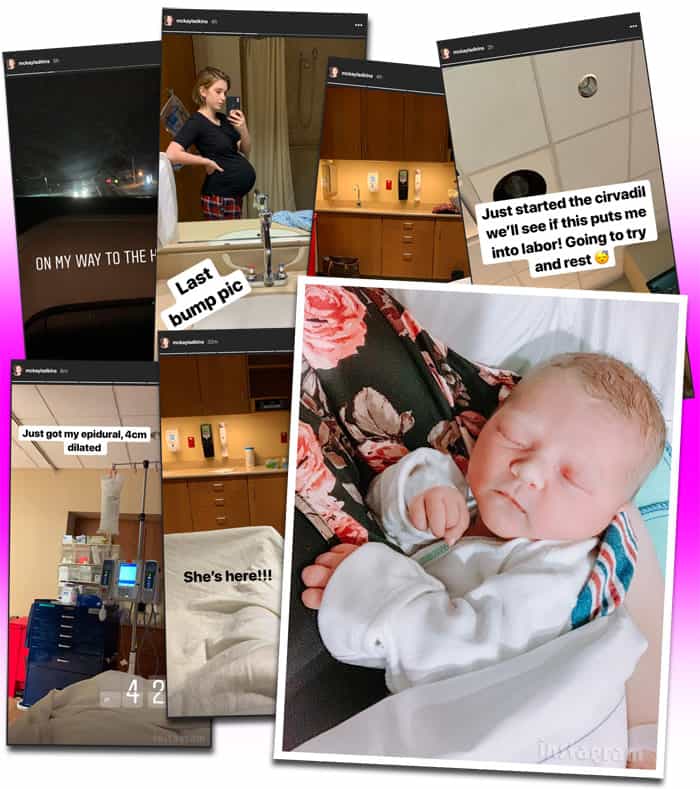 Congratulations to Unexpected star McKayla Adkins as she has given birth to her second child!

UPDATE – We now have our first photo of McKayla’s daughter, as well as some details about her birth. McKayla posted the photo below and wrote: “My beautiful baby girl ? 7lbs 2oz, 19 inches long, born at 9:47AM.” I believe it is McKayla’s intention to reveal her daughter’s name in a YouTube video in the next couple days.

UPDATE – McKayla posted the name reveal video and also shared the information on Instagram. Click here for all the latest updates and photos, including some with Caelan!

Here are some of McKayla’s updates prior to giving birth, including a brief YouTube video recorded on Monday before heading to the hospital, and a last baby bump photo just prior to her labor being induced: 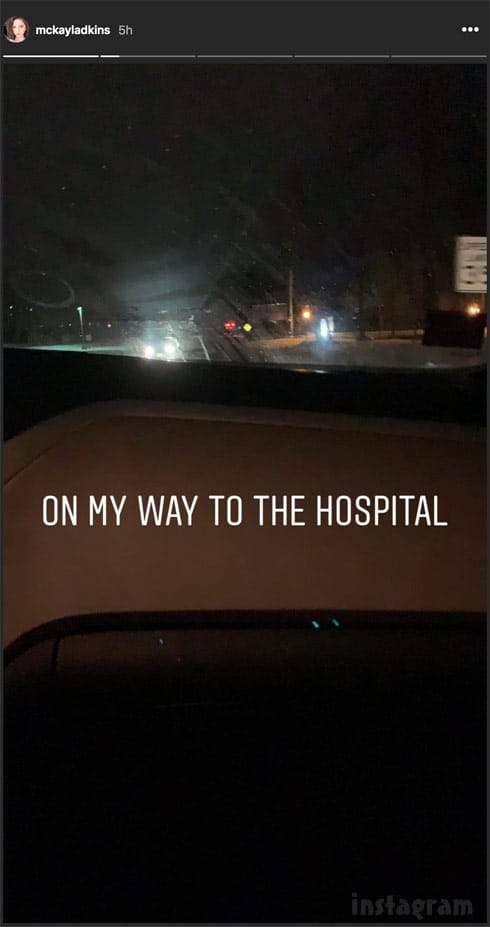 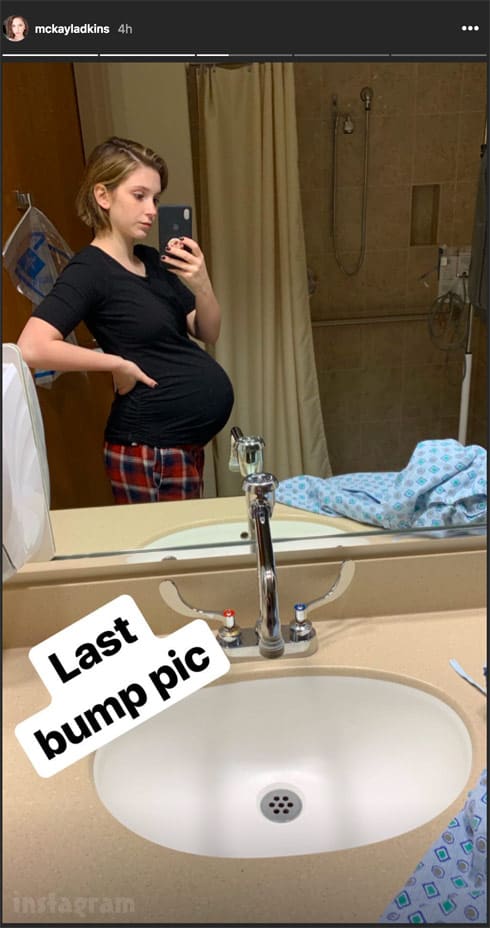 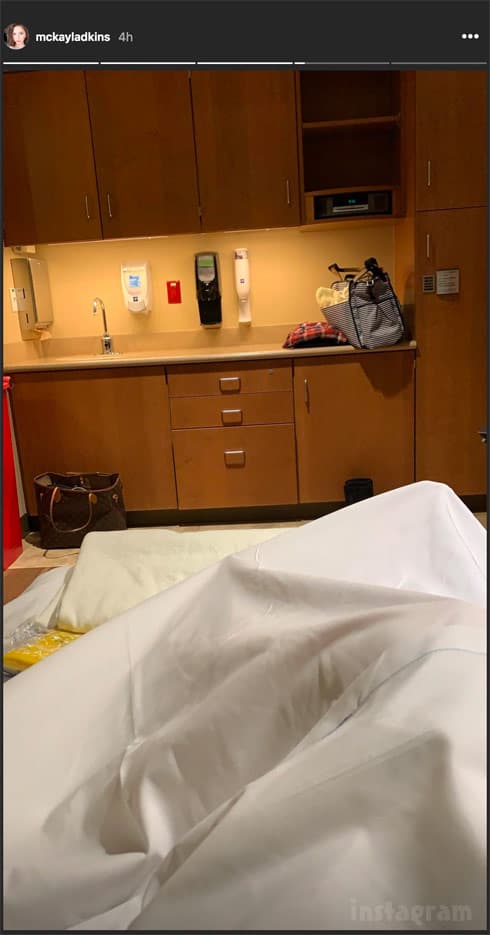 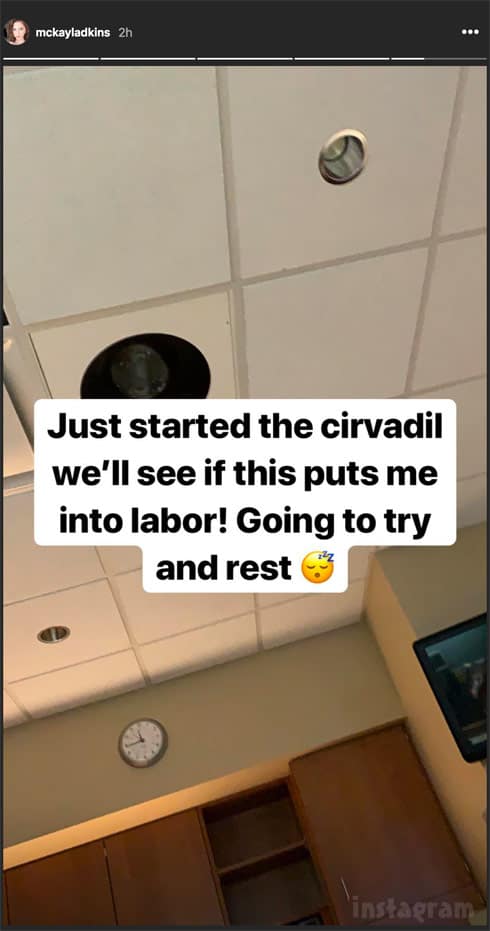 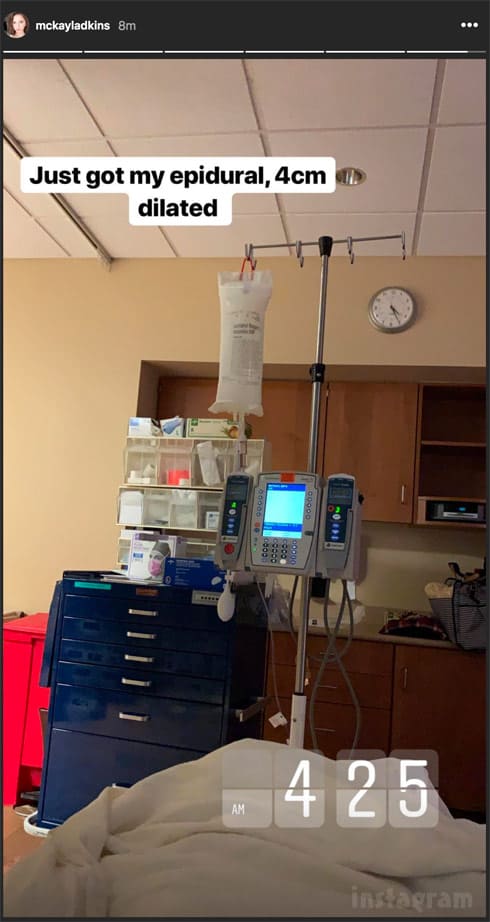 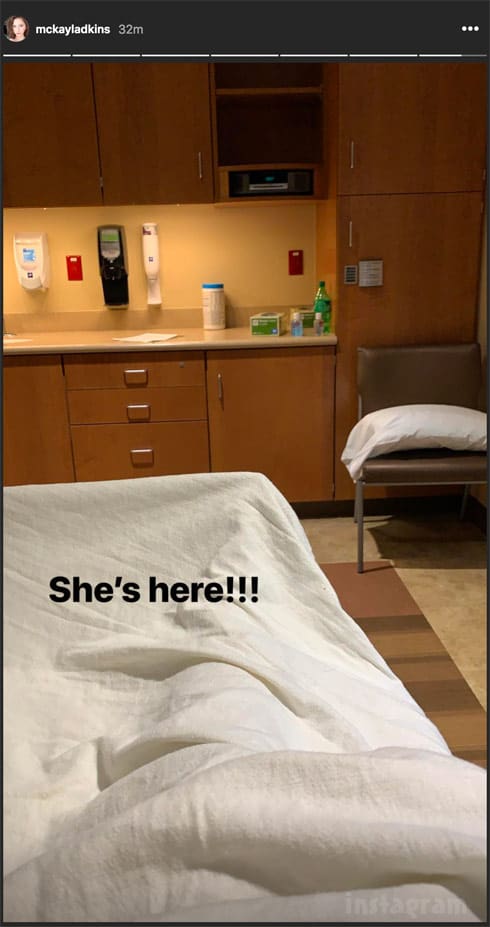 We still don’t have a photo of (or a name for) McKayla’s daughter — but I am sure that will change soon, and we will be sure to update this post!

In case you missed it, McKayla first revealed that she was pregnant again back in September, apparently against the wishes of TLC and show producers as they wanted her to wait until the announcement was made on the show.

Once the cat was officially out of the bag, McKayla began making regular posts updating fans on her pregnancy and her baby bump. Then, at the end of October, she and son Timmy worked together on a gender reveal craft project with pumpkins, revealing that Timmy was going to have a little sister.

Unfortunately, McKayla and her daughter’s father Caelan had a HUGE falling out just before her birth. In their back and forth on social media, McKayla insisted that Caelan would not be allowed in the delivery room, and she also stated that he would have no input in their daughter’s name choice.

McKayla is currently living with her grandparents again after moving out of the house she was renting with Caelan late last year. It’s our understanding that McKayla and Caelan will be back for Unexpected Season 3, so I’m guessing we will see more about what happened between the two to cause what appears to be their final split. On a more positive note, we will also hopefully get to see a lot of footage of ??? just after being born, especially since the date of the labor inducement was known in advance!

and she eventually decided to go ahead and make the trip to the hospital.

PHOTOS Rachel Uchitel is going to be a mommy