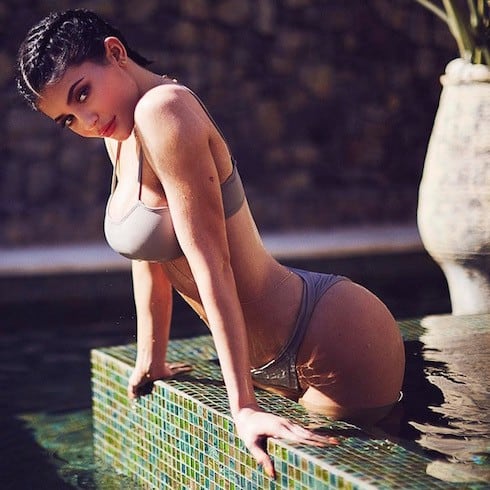 Tyga is allegedly planning on buying Kylie Jenner a huge ring for Valentine’s Day–and hes double-allegedly planning on making it an engagement ring. That’s the latest from several high-level Kardashian sources, who’ve come forward with the gossip in a new report. Hollywood Life claims to have it on good authority that Tyga “loves him some Kylie and wants to surprise, shock, and literally stun her on V-Day.” While a well-placed cattle prod would do the trick, it seems Tyga has opted to go a different diamond-studded route.

The article is quick to point out that Tyga won’t “necessarily” propose, in part because he has to go to the Momager herself for final approval on any large purchases. “[Kris Jenner] has really been helping him get his finances under control,” the source explained, “and he consults her on some of the big ticket items he’d like to buy. He’s really trying to tone down his excessive spending this year and Kris has been a huge help in acquiring and managing his wealth.” 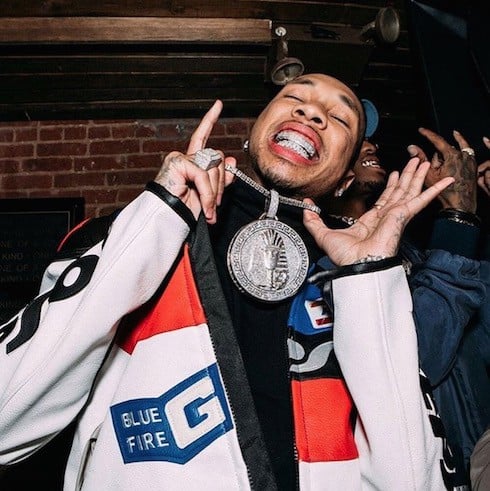 Tyga, whose face works, supposedly also asked Kris for permission to marry Kylie while he and the rest of the Kardashian family were lounging and fending off Scott Disick’s marriage proposals in Costa Rica. Kris is reported to have said “Absolutely!” Then, one week later, Tyga was hit with his latest lawsuit: he’s being sued by a process server who claims that the Tygster and his band of merry pranksters “grabbed, yanked, pulled and choked” him after he handed Tyga legal documents back in November. TMZ captured footage of the encounter…

…though it’s still not clear which of the 27-year-old’s ongoing legal battles the server was there representing.

Devotées will recall that the man is reportedly around $500,000 in debt to Kylie Jenner, thanks to her generous and ongoing contributions to the Tyga Defense Fund.