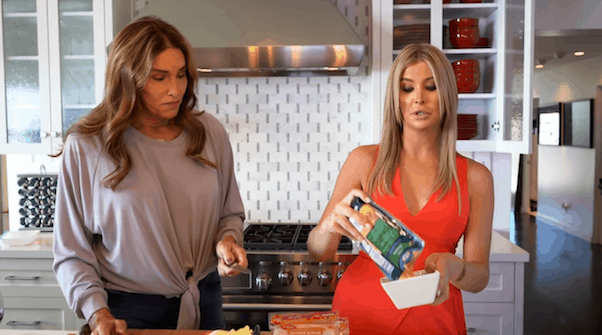 The current gossip has Caitlyn Jenner and Sophia Hutchins angling for a way onto the Real Housewives of Beverly Hills cast for the new season, which is expected to begin filming in the next couple of months. But it looks like there might be more to this story than meets the eye, and it starts with Caitlyn’s relationship with reality TV.

First of all, devoteés of Caitlyn’s story will recall that persistent rumors have connected her to the RHOBH cast for at least three years. We first reported on the talk that she might join the show back in 2017; since Caitlyn appeared less and less on Keeping Up With The Kardashians, it seemed like jumping ship to another network was maybe a possibility.

Now, the talk is ramping up again. Days after Real Housewives of Beverly Hills wrapped up its Season 10 reunion, multiple outlets reported that both Caitlyn Jenner and Sophia Hutchins were anywhere from hoping to be cast members for Season 11 to already having been given contracts. Per The Blast, the two “are in talks to be the next cast members,” but those talks haven’t produced a “done deal quite yet.”

The site goes on to say that it was Sophia who sat down to former RHOBH star Eileen Davidson for details about what being on the show is like and whether Sophia might fit on the show. Those talks were positive, and resulted in “Sophia’s camp…reportedly reached out to the production of RHOBH and the two sides have been discussing a possible deal.”

Sophia, who’s become a social media personality of her own over the past few years, first came to tabloid attention with those persistent rumors that she was engaged to marry Caitlyn. Obviously, that never came to pass — and, in fact, those rumors have died down and not really ever flared back up. Which suggests that the two really are friends, and nothing more than that.

Caitlyn and Sophia’s relationship status seems especially relevant to this story since it’s being said that Caitlyn would be “considered a ‘friend’ of the” cast, and make only occasional appearances. It’s Sophia who would be the main attraction.

That, combined with other recent reporting debunking gossip about Caitlyn being “delighted” that KUWTK is going off the air next year, seems to imply that Caitlyn isn’t looking for a steady reality TV gig. And there’s no doubt she could get one if she wanted it. It looks like Caitlyn letting her name be attached to a story that’s otherwise entirely about Sophia is just her way of helping out her friend with a little star power.

That power also extends to social media cheerleading. Yesterday, when Sophia shared a swimsuit photo on Instagram with the caption “Real Housewives…what?!”, Caitlyn was quick with a comment: 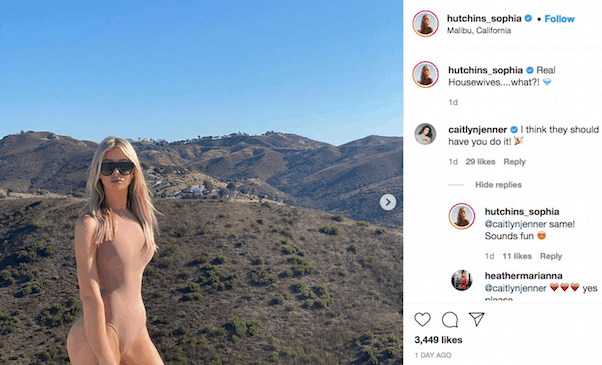 Until that deal goes through, Caitlyn Jenner and Sophia Hutchins technically already have a show all their own. Caitlyn just shared the second installment of her sporadic cooking show on YouTube, featuring herself and Sophia making tacos. Consider it a screen test:

They both seem fine on camera — together and separately — but my biggest takeaway is Caitlyn and I use the same olive oil.

Does Lisa Vanderpump really own SUR?

Is Caitlyn Jenner joining the cast of the Real Housewives of Beverly Hills?