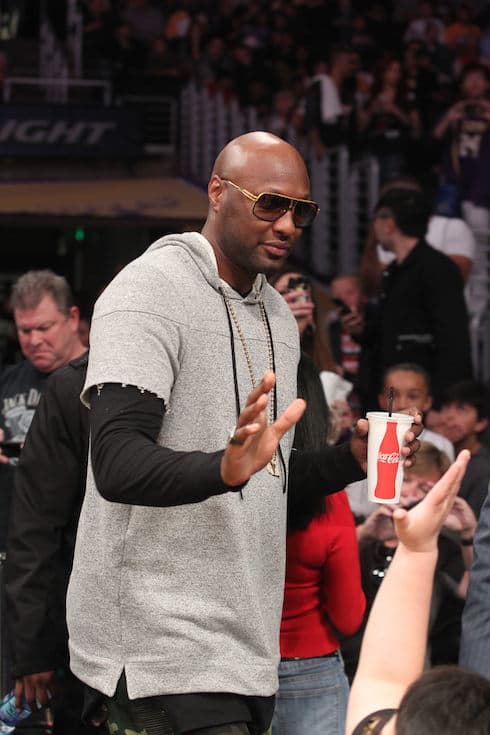 Lamar Odom crack pipe and drug use stories are swirling today, thanks to a series of reports which allege a confrontation between Odom and several of his friends at the former NBA star’s home. According to those reports, friends are increasingly worried that Odom might have relapsed into drug use just months after leaving his hospital bed following last year’s overdose, seizure, and near-death episode.

It’s been a rough 2016 for Odom, who hasn’t been seen in public much since attending the Los Angeles Lakers’ final home games of the NBA season (photos above and below). Just two weeks ago, estranged wife Khloe Kardashian filed for divorce from Odom for the second time in a calendar year; before that, worries of an Easter setback in Odom’s drug and alcohol rehab surfaced, thanks to reports that he was drinking in a bar with friends hours before attending a holiday church service with the rest of the Kardashian family. 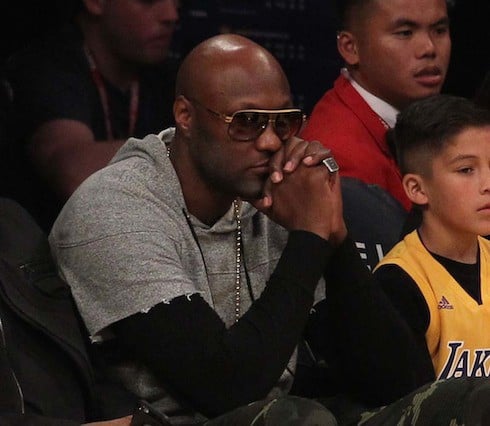 Now, it looks like some of those same friends fear Lamar has moved on to more serious drug use. A new report by TMZ alleges a recent pseudo-intervention at Lamar’s home, following a discovery of crack pipes and related drug paraphernalia there. Odom has been “acting very strange lately,” according to that report; people close to Lamar, who felt he’d been “scared straight” after the incident last October at a Nevada brothel, realized that that might not be the case. Odom’s friends “are convinced he’s off the wagon,” and say he “believes he’s invincible.”

At the same time, a related Hollywood Life dispatch goes even farther: those same friends are “begging” Odom to re-enter rehab, after finding alleged definitive proof of drug use in Odom’s home. That article offers further evidence of Odom’s backslide in the form of a May 16 sighting at a bar, which “worried” Khloe Kardashian to no end.

Says their insider, “Khloe wants Kanye to encourage [Lamar] to get professional help from an addiction expert, even if that means going to rehab. At this point, Khloe has nothing to lose in having Kanye try and inspire Lamar to get the help he needs.

Added the insider, “Khloe doesn’t really know who else to turn to to talk some sense into Lamar.”