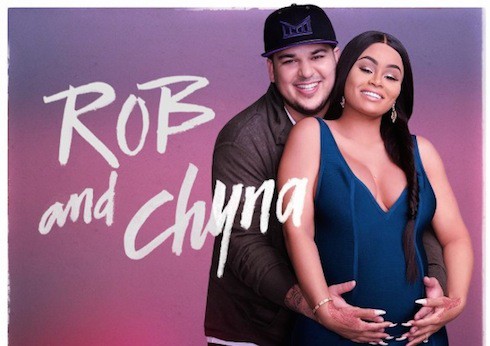 Blac Chyna and Rob’s oft-tumultuous relationship has apparently come to an abrupt and dramatic end. That’s according to the latest from Blac’s oft-controversial mom Tokyo Toni, who cast some pretty serious allegations about the true nature of Blac and Rob’s engagement this week. Of course, the pair has weathered almost nothing but drama regarding the true nature of their relationship since they started dating earlier this year. In the past two weeks alone, we’ve heard that apparently Blac wasn’t joking when she said she might need a paternity test, since her baby really might not be Rob’s. And, just before that, the story was that the two of them schemed up their relationship in order to get their very own E! reality show.

Now, Tokyo Toni might have blown the whole thing wide open Woodward-and-Bernstein-style, thanks to an errant Instagram comment in response to a TMZ article. Earlier this week, TMZ reported that Rob and Blac broke up because Rob was upset that his family decided to throw a baby shower for Blac Chyna and not invite Chyna to it. Among the inflammatory comments in the article was this tantalizing line: “We’re told the sisters only planned separate his and hers showers because Rob and Chyna haven’t been speaking for months.”

Then, when one observer responded to the article (and Toni’s earlier allegations) on Instagram, Toni herself explained thusly, in a screengrab that Fameolous snagged:

They [TMZ] not lying this time! Trust me: Rob mouth is to huge for his own self. Imma teach him how we do it in the Black Community. “Black MOMMAS” ! You don’t air your laundry!! You put it in the drier!

The Fameolous article went on to explain that “Rob & Chyna are obligated to get married due to their contracts with E!.” If that’s true, we can certainly expect some of the tightest smiles of all time during the awkward wedding finale of Rob & Chyna, followed by a quick and painful divorce, and then Blac and Tyga planning his own bumbling escape from the Kardashian clutches–doubtless involving a string of repossessed vehicles, a crying Kylie Jenner on the hook for everything, and Kris Jenner rolling her eyes so hard she misses Kendall bolting for freedom in the dead of the Calabasan night.

(Photo credits: Are Blac Chyna and Rob still together via Instagram, E!)