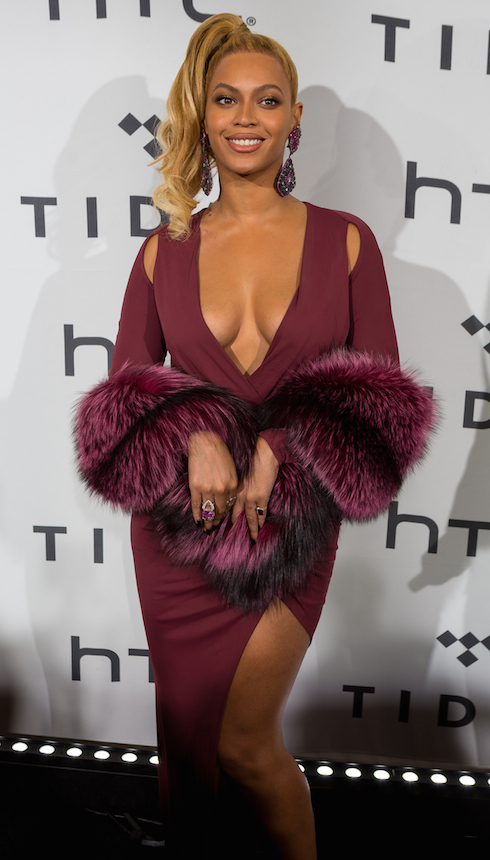 Is Beyonce pregnant again–and at long last? The 34-year-old megastar has apparently been trying for weeks (and months, if you believe some reports) to conceive a second child with mogul husband Jay-Z. Now, thanks to a series of unexpected photographs, and an awkward pose by Bey herself, it sounds like she and Jay might have a second baby on the way.

Beyonce has struggled with past pregnancies: she called her 2010 miscarriage “the saddest thing I have ever endured.” Her pregnancy with Blue Ivy Carter–who celebrated her fourth birthday this past weekend, courtesy of not one but two parties thrown by mom and pop–was unexpected, and heavily protected; it was during that pregnancy that both Beyonce and Jay-Z became much quieter on social media, though they’ve both shared somewhat more over the past couple of years. 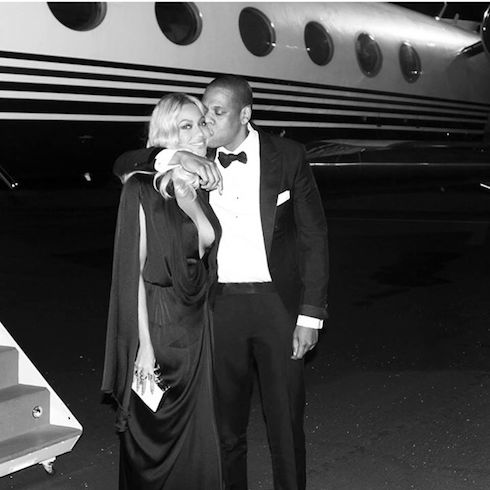 The root of the current “Is Beyonce pregnant?” question, then, is also one of seclusion and reclusion. Noted photography agency Splash caught a few candid shots of Beyonce and Jay-Z leaving the Son-of-a-Gun eatery in Beverly Hills after dinner this weekend; in the images (which, unfortunately, are embargoed), a smiling and clearly surprised Beyonce appears coy, and keeps her arms wrapped around her midsection even when doing so remains awkward, such as when she has to navigate around a parked car and away from the photographer’s lens.

Jay-Z, by contrast, does not look pleased about the intrusion.

Several other outlets have picked up on the story. The National Enquirer, in particular, notes the “bulky, shapeless jacket” that Bey had on despite the warm-ish weather, and Hollywood Life points out that Beyonce kept her midsection hidden from view every time she, Jay-Z, and Ivy stepped into public view during a recent holiday sojourn to the south of France and the greater Iberian peninsula.

Jordan Cashmyer returns to Twitter for update: ‘I was NEVER missing’