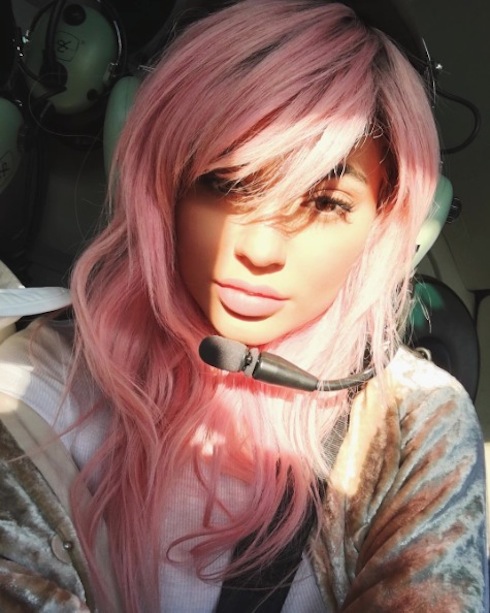 The recent Scott Disick drug use stories have apparently reached the Kardashian family–and the family is allegedly bothered enough to try and find out whether there’s any truth to them. To that end, the Kardashians reportedly sent 18-year-old Kylie Jenner on a mission to uncover the truth–if any–and to report back before the family decides what to do about Disick.

Last week, a number of outlets reported that the Scott Disick drug use had gotten far out of Disick’s control: the 32-year-old is said to have suffered at least one recent cocaine overdose, and might have died had it not been for his quick-thinking bodyguards, who managed to revive Disick with CPR before paramedics arrived. Following those reports, though, Disick followed through on a paid appearance at the New York City branch of bar and grill 1OAK, with whom Disick has booked four such gigs since New Year’s Eve. 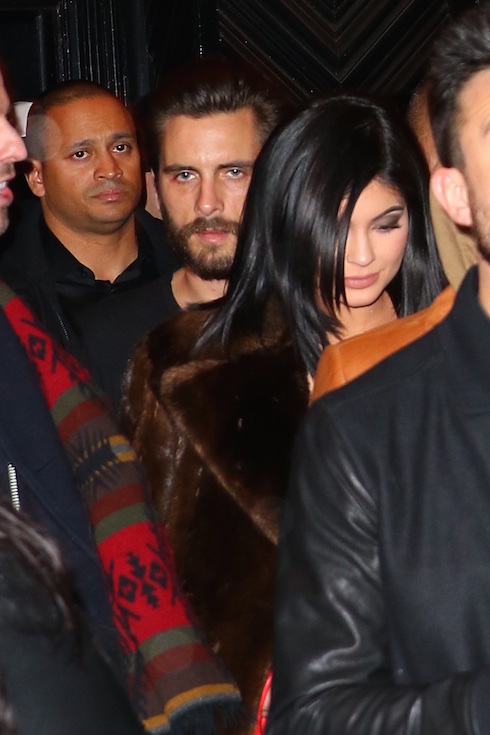 It’s not clear whether 18-year-old Kylie Jenner’s 26-year-old boyfriend Tyga, who was likewise booked for the Friday night appearance, was the one who brought the Scott Disick drug use stories to the Kardashians’ attention. Regardless of how the family found out, though, it’s now being reported that Disick’s estranged partner Kourtney Kardashian decided to take matters into her own hands upon hearing the news. A Hollywood Life dispatch claims that Kourtney sent Kylie Jenner along for the weekend’s festivities, under the guise of spending time with Tyga. (The above photo was taken on Friday night, after the trio finished “pre-gaming” at NYC hotspot Up & Down and made their way over to 1OAK.)

Said that report’s source, “Kylie joined Scott and Tyga at 1OAK in New York on Kourtney’s orders. She wanted Kylie to act as a spy and report back to see if Scott was as wild and out-of-control as has been recently said.”

And, if that source is to be believed, the ruse worked. “Scott was on his best behavior,” explained the insider, “and Kylie didn’t have anything other than good things to say to Kourtney about him later that night. But Kourtney [remains] concerned about his health and worries that he’s drinking again. She doesn’t want that affecting Mason, Penelope and Reign.”

Kylie Jenner is getting paid $200,000 to have her 18th birthday party in Canada