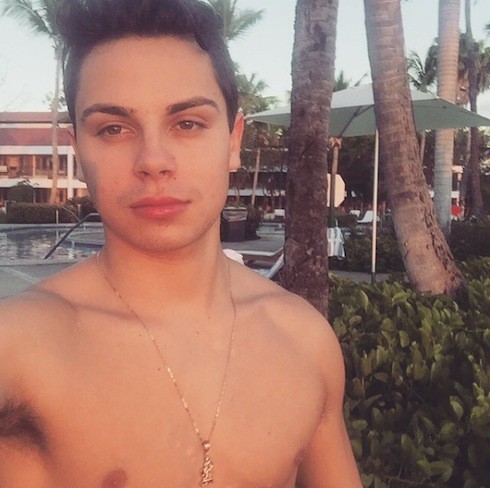 The “Jake T. Austin The Fosters” speculation has been thick in the air for almost a full year, thanks to the 21-year-old former TV star’s quick and shocking exit from the popular show. His character Jesus Foster was almost completely absent from the first half of Season Three; now that Freeform (formerly ABC Family) is set to debut the second half of the season, some of the show’s cast has begun to shed light on the Jesus mystery.

We recently wrote about the “Why did Jake T. Austin leave The Fosters?” mystery, and were able to parse out something of an answer. Though Austin himself has not spoken publicly about The Fosters since departing via a pair of cryptic tweets following The Fosters Season Two finale, he’s given a handful of other interviews. Within those interviews are clues which point toward an ambitious, potentially frustrated young man, one who might have felt that he was destined for bigger, better things…and who, at 21, was already tired of playing a teenager. (It’s worth pointing out that Austin co-starred on popular children’s television program Wizards of Waverly Place before landing the Fosters gig.) 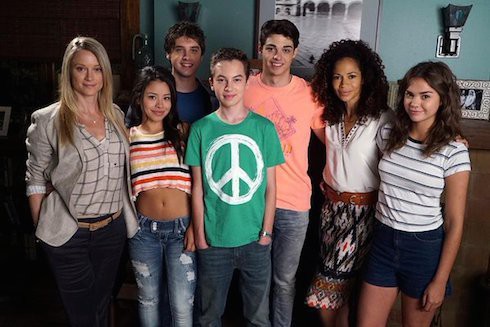 Now that the publicity machine for The Fosters has cranked back up, we’re starting to hear about the Jake T. Austin The Fosters story from the rest of the cast. While no one has spilled all the beans regarding the controversy, we know for sure that Austin’s departure was his own choice: he didn’t want to be a part of the show any longer. Co-stars Maia Mitchell (Callie) and David Lambert (Brandon) confirmed the rumors in a recent interview with TV Page: “[He] wasn’t the right fit,” said Mitchell, when asked about Austin. “He wasn’t interested in doing the show anymore, so he left.”

Added Lambert, “I think it was a classic case of he didn’t see eye to eye.”

The part that has fans wondering how much more there is to the Jake T. Austin The Fosters drama, though, is the interview’s next segment. When asked “Were you surprised by Jake’s decision to leave the show,” Mitchell is blunt: “No.” And, when further asked “Were you disappointed,” Mitchell’s answer is exactly the same. Lambert declined to answer the questions at all. 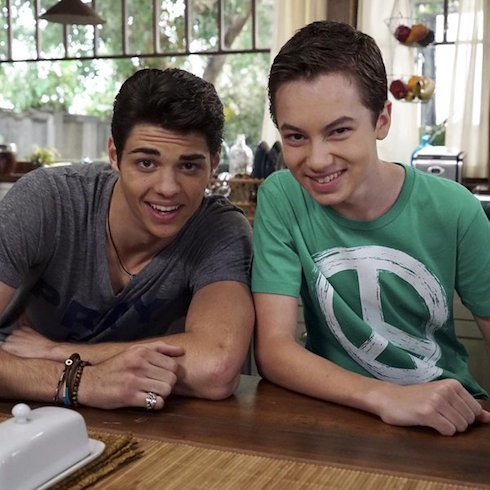 As for The Fosters, the show has already–and controversially–re-cast Jesus, tapping 19-year-old Noah Centineo to fill the wrestler’s shoes. (Click here to check out our bio and photo gallery of Noah.) And Lambert showered his new co-star with praise in the same interview: “I really think that Noah has done a great job with this character,” he said. “Not specifically changing the character, but really adding on to it.”

Sherri Saum, who plays Lena, was similarly effusive in an interview with Pop City Life. “Noah just fits in like a glove,” she said. “He didn’t skip a beat. There wasn’t an awkward adjustment period. He didn’t even blink. He got our sense of humor on the set and he was fearless and made Jesus his own. That’s a really hard thing to do for a young actor with an established role. I’m so proud of him and I really enjoy working with him.”

And, as if to dispel any lingering doubt among The Fosters‘ fans, Maia Mitchell laid it down on Twitter:

Noah is an angel & kills it in this role. Jesus is more engaging and textured than ever before. Bow down?? https://t.co/ZLZGJaUPgI

You’ll have your chance to check out the new Jesus very soon: The Fosters returns tonight at 8 PM EST on Freeform.