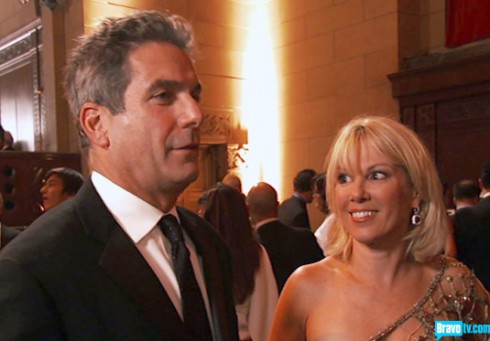 Real Housewives of New York‘s Ramona Singer is a professional when it comes to dealing with drama. However, the latest controversy in her life is undeniably trickier than anything before: According to multiple sources, husband Mario Singer got a 20-something socialite pregnant.

Page Six reports Mario, 60, met his younger mistress while spending time at the Hamptons last summer. They quickly got cozy and even hooked up at the Singers’ home when Ramona was away.

One friend of the socialite’s roommate revealed there’s photographic evidence of the tryst: “The girl said, ‘You’re not going to believe this, but I have to show you some pictures. Mario’s having an affair with my roommate.’ She showed me a photo on her phone of Mario’s ding-dong. A selfie text of his naked body, in the girl’s apartment!”

Most shockingly, Mario allegedly got the young woman pregnant — and then paid for her abortion. They are supposedly still seeing each other.

Although Ramona hasn’t responded to Page Six, she told Hollywood Life the rumors aren’t true. Mario is reportedly also eager to put the rumors to rest: The Singers plan to put on a united front at an upcoming social event.

During their 27 years of marriage, Ramona and Mario have weathered multiple reports of infidelity. A Moroccan fortune-teller even warned Ramona there was another woman in Mario’s life during a 2011 episode of Real Housewives.

Is forcing religion on children equivalent to abuse? One professor says so!