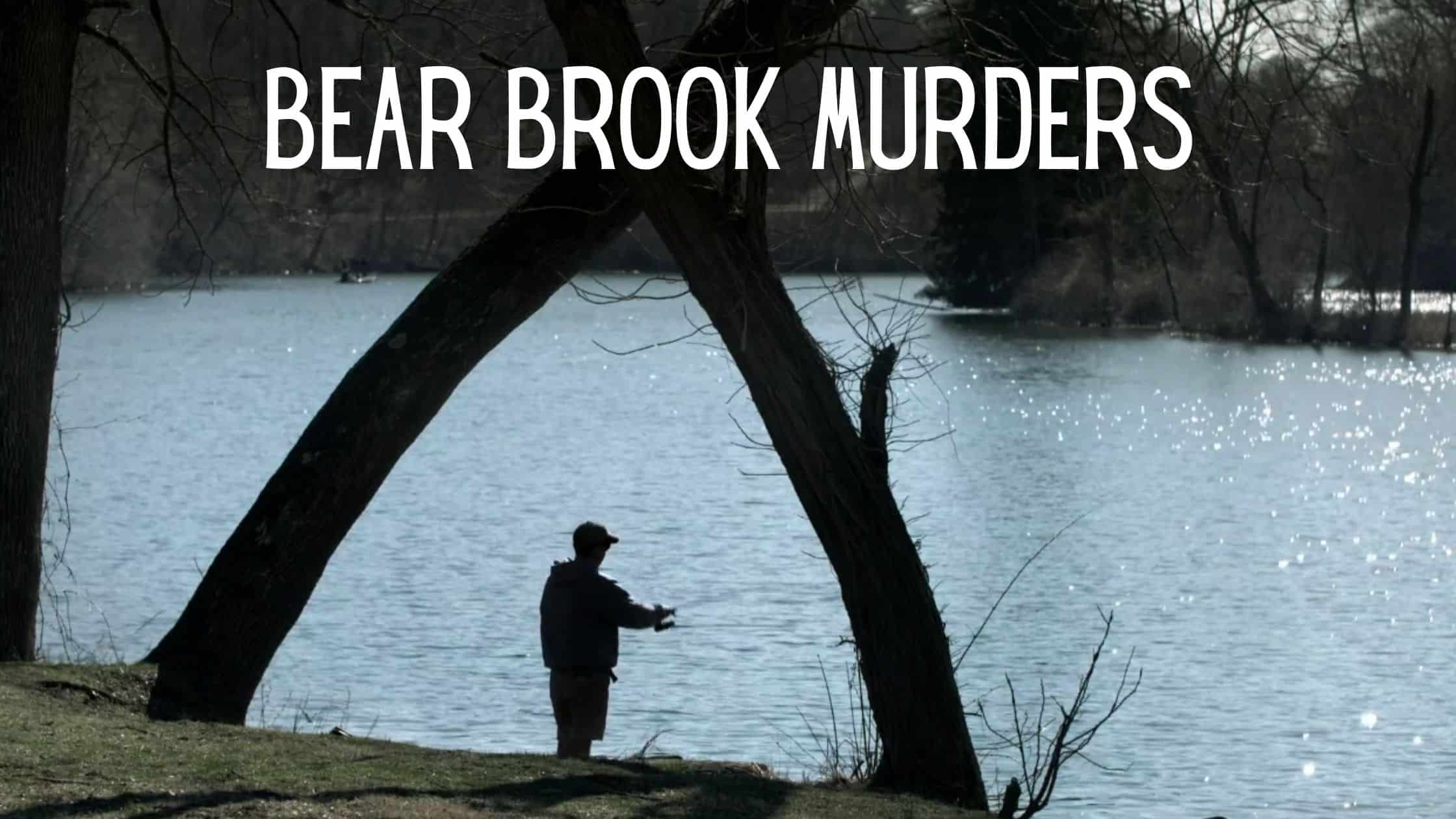 For 30 years the killer of bodies found in barrels near Bear Brook State Park, the largest state park in New Hampshire, eluded detectives. He went by many names and pulled his victims in close before he betrayed them in the ultimate way. Investigation Discovery show The Chameleon Killer examines the many names of the man who committed horrible crimes and evaded paying for them for decades. Oddly enough, his victims’ families weren’t searching for them.

The barrel in the woods

In the summer of 1985, a group of neighborhood boys from the Bear Brook Gardens Mobile Home Park regularly played hide-and-seek in the woods. One day one of the kids found a barrel, which smelled horrible.

On November 10, 1985, Ron Montplaisir, the Police Captain of Allenstown, was called to the area because a hunter found a suspicious barrel. A man was there with a shotgun, and Ron took his shotgun and asked him to stay by the patrol car while he investigated the barrel.

Ron Matplaisir found a woman’s decomposing body inside the barrel. It was the first time he had ever encountered a body in such a bad state. There was a seedling growing out of the body, which led him to believe that the body had been there for a least a few months. Later that day another smaller body was discovered in the same bag with a barrel. It was a child between the ages of 8 and 11. The woman was believed to be between 23 and 33.

The cause of death was blunt force on their skulls. The bodies were stripped naked and dismembered before being put in plastic bags. They were unable to determine the identities of the bodies. No one in the nearby trailer park knew of anyone that was missing. 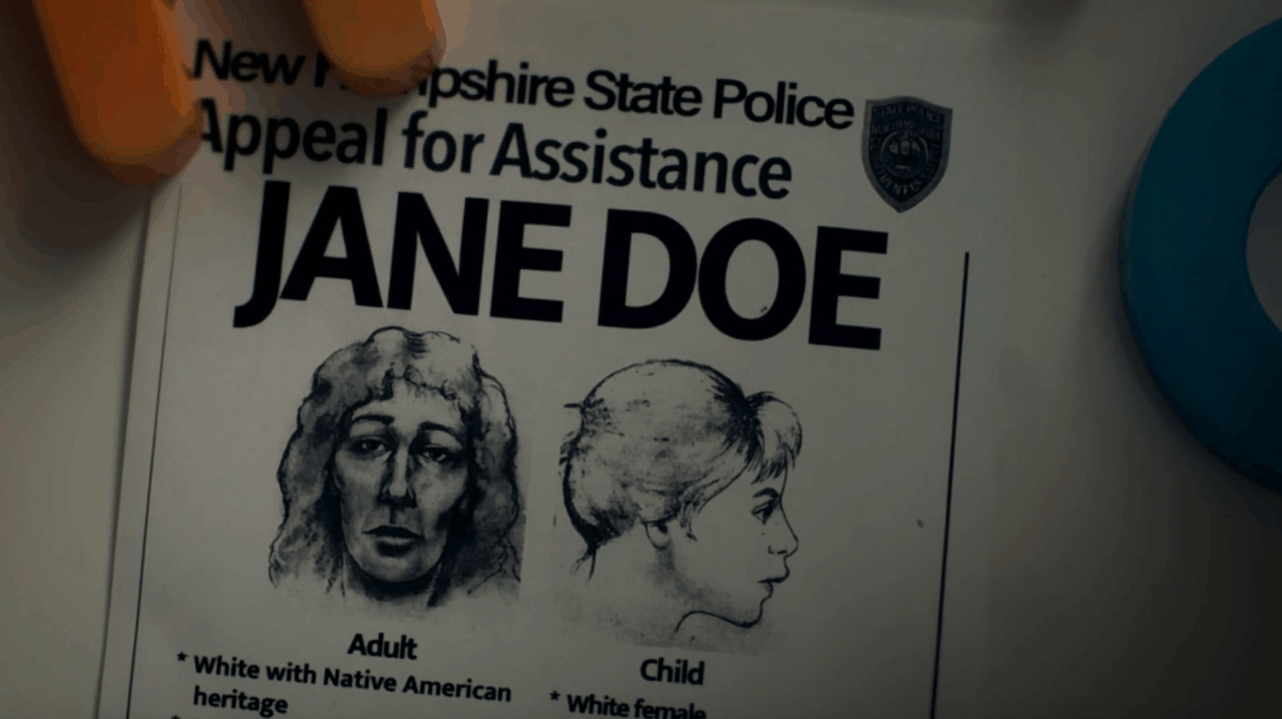 Robert Steffen, a many who had recently been arrested for sexually assaulting children and had a history of burglaries, was an early suspect in the case. He was also living in a trailer right behind where the bodies were discovered.

Robert Steffen had child pornography in his house with children as young as 18 months old. His neighbors had no idea about his activities and thought that he was a nice guy who liked kids. Of course, he did like kids, but in the most horrific way possible.

Police were hyper-focused on Robert Steffen. Even though Robert Steffen had done horrendous things, he was a red herring in this case. He had told one of the children he assaulted that if they told, he’d bury them under his house. Detectives looked under Robert’s former house, but nothing was found. He was later ruled out as a suspect.

The owner of the land

Detectives also turned their attention to Ed Gallagher, the owner of the land where the bodies were found. They also suspected that whoever left the bodies there might have known Ed.

Ed Gallagher’s property was trashed and disorganized. It can be described as a junkyard. There was a trail that went from a country store that Gallagher once owned to the spot where they found the barrel with the bodies. Ed used to live in a trailer behind the store before it burned down. He had been issued summons because he did not take the doors off the refrigerators on his property because it posed a risk to local children, who could accidentally get trapped inside.

When questioned by the police about the bodies in the barrel, Ed had no answers for them. He said had no idea who might have been on his property. They were unable to issue a warrant to search his property because the victims were still unidentified. 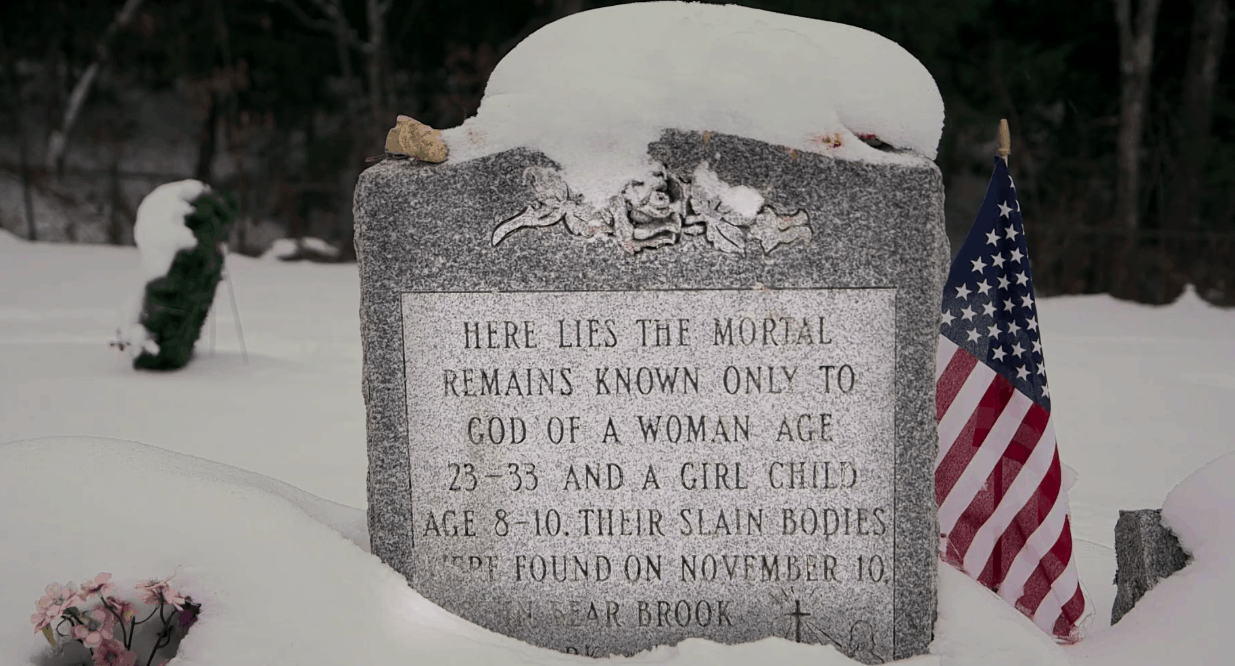 Years passed and the case of the two victims in a barrel grew cold. The woman and the child’s loved ones had not reported them missing.

In 2000, Detective John Cody from New Hampshire State Police became intrigued and began a mission to find out who the victims were. He went back to where the bodies were found. He wandered off the path and discovered another barrel 15 years after the first one was found. Inside the barrel was human bones of what looked to be children. There were now two more bodies.

Ron Montplaisir couldn’t believe they had missed this 15 years earlier and wondered how many more bodies there might be.

The newly discovered victims were both girls who had died of blunt-force trauma just like the first victims found. One was 2-years-old and one was 4-years-old.

They needed to exhume the first two bodies to determine if they were related to the new bodies discovered. With the help of new technology, better composites of what the woman and children looked like were able to be made.

DNA analysis reveals that the three of the victims are related. They are a mother, her baby girl, an older girl, and an unrelated girl. 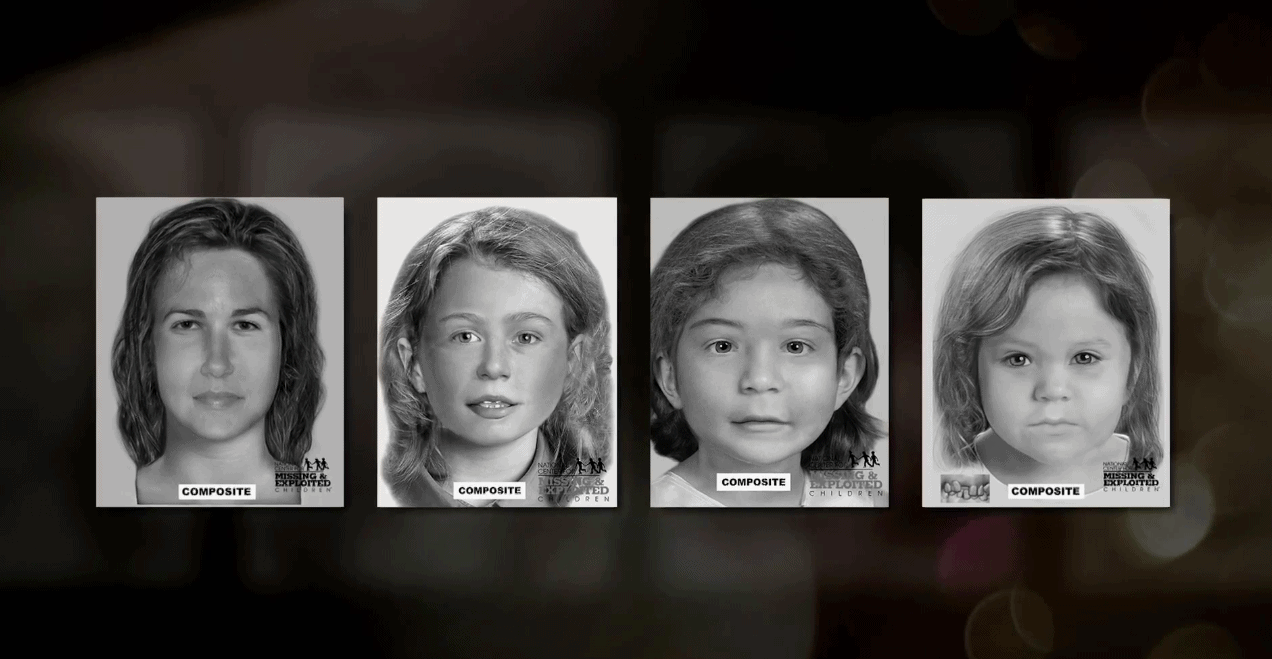 These images are broadcast across the United States. Still, no one came forward to identify the victims.

In 2011 Ronda Randall, an amateur detective who has following the case tried to contact Detective John Cody but was ignored. Eventually, though, he followed her Facebook page. He saw that she was very passionate and was making a lot of sense with her theories and findings. She runs a blog called New England Cold Cases. John decided to reply back to her.

John was also suspicious of a trailer on Ed Gallagher’s property and decided it was time to speak with him. The landowner did speak with police but provided no new information.

In 2014, three years after his first interview with detectives, Ed Gallagher was ready to talk. He gives them a name: Bob Evans.

Ed met Bob Evans in the last 1970s at an abandoned mill. He recounted a story of coming into work and finding Bob Evans asleep. He was screaming in his sleep shrieking sounds like none he had ever heard before. The thought Bob Evans might have been having a night terror.

Neither the police nor Ronda Randall could find very much about Bob Evans.

Denise Beaudin had gotten mixed up with Bob Evans, much to her family’s disappointment. They had wanted her to have a good life.

Denise’s father Armand Beaudin describes his daughter as “quiet, timid, and vulnerable.” Armand says Denise was pregnant, but he didn’t think Bob Evans was the father.

Denise, Bob, and the baby daughter Lisa came for Thanksgiving in 1981. That’s the last time the Baudins ever saw them. Armand went to their house to invite them to Christmas, but it was vacant. Neighbors let him know they had packed up and left. They had been struggling with financial issues.

He didn’t look for Denise and his grandchild because he had no idea where she was.

Detective Cliff Harris, in San Bernadino, California, remembers Lisa. He was called when Lisa, who was four years old at that time, was dropped off by her dad, and he never came back. The family told Cliff Harris that her dad was named Gordon Jensen.

Cliff asked Lisa about her mother, and she said her mother had died in something like a car accident. Cliff felt like something was wrong. They interviewed Lisa at the police station with dolls to ask her if she had been touched. Lisa pointed at private areas of the dolls and said that her “Daddy” had touched her there.

Cliff knew that Gordon Jensen was a fake name because he could not find any record of a Gordon Jensen in the U.S. He committed to finding this guy at all costs. He went to the Holiday Host R.V> Park where Lisa was living with Gordon Jensen. He found that Gordon had been working there as a handyman, and had just left one day.

He had told neighbors that his wife had gotten sick and died, but Detective Cliff could not be verified that this happened. Gordon would tell people just enough to keep them off his trail. “It was just like looking for a ghost,” Cliff says.

The first memory Eric Rasmussen has of his father is getting a cigarette burn from him. He can still feel the pain of the trauma and the voice of his father.

Michael Vaughn met Marlyse Honeychurch in high school. They got together and had a daughter, Marie, in 1971. He remembers Marie as a happy-go-lucky child.

In 1976, Michael joined the Navy, which put a strain on his marriage with Marlyse. She decided to leave with Marie. He did not report them missing to the police because he thought they didn’t want to talk to him anymore.

He hoped that someday Marie would want to find out who he was.

“There’s not much you can do if you don’t know where they’re at,” Michael says. “Somethings you just don’t get over, and I still haven’t gotten over it.”

Michael found out that Marlyse’s mother had not heard from her. He eventually hired a private investigator.