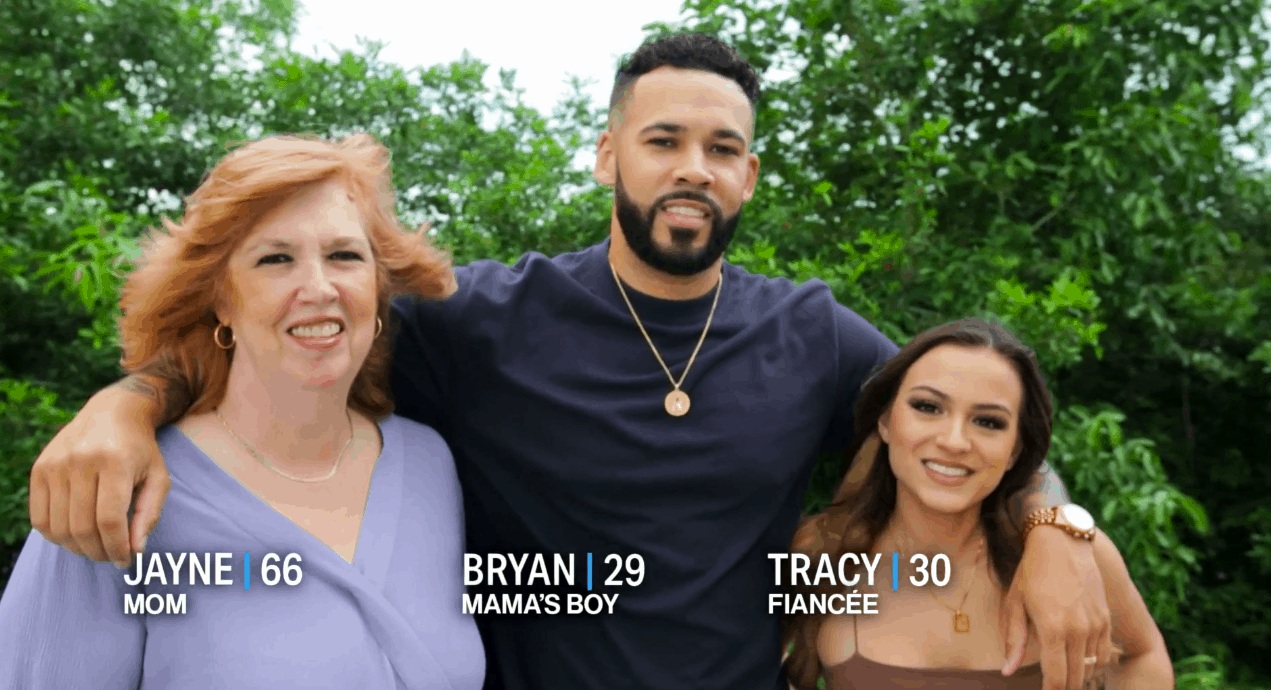 Tracy (30) her fiancé Bryan Van Carter (29) from Season 2 of I Love a Moma’s Boy live in Miami, Florida. They met in college when he was a basketball player and she was a cheerleader. They’ve been together for 10 years and are finally getting married. What Tracy doesn’t know, however, is that Bryan has invited his mom Jayne on their honeymoon. This storyline seems scripted for the show, but they are playing on some underlying triggers for the trio.

Tracy had a child, Kyan, in high school, and the fact that Tracy is a mother gave Bryan a higher level of respect for her because he was raised by a single mom. Bryan and Tracy are now raising her child and they also have a son together named Austin.

Bryan, however, comes as a package deal with his 66-year-old mom Jayne, who used to live far away from Bryan. She felt the distance was “devastating,” and was happy to move to Miami when he asked her to.

Tracy announces that once they’re married, she will be the queen of the household.

Tracy goes to work outside the house every day. Bryan works from home as a senior accountant of an energy company. His mom takes care of the kids, so they get to spend a lot of time together every day.

Jayne not only makes lunch for Bryan, but she also makes him lunch and does his laundry while he’s taking a nap.

Jayne worked two jobs to help raise Bryan and keep them in a decent neighborhood in New York. She would go to the library to watch Bryan’s basketball games.

When Bryan was 14 years old Jayne was diagnosed with Non-Hodgkins Lymphoma. It made him think about his mother’s mortality and he feared what would happen if she died. This makes him want to be around her all the time.

They go to the movies, out to eat, and travel together. Bryan considers his mom to be the #1 person in his life.

Tracy appreciates everything Jayne does for the family, but she wants Jayne to “clock out” when she comes home from work.

Bryan asks Tracy to schedule makeup for Jayne on her wedding day, which seems to ruffle Tracy’s feathers a bit.

Jayne hopes that nothing about their relationship will change after the wedding, but Tracy wants the dynamic to shift a bit. She knows that she’s marrying Jayne as well, but wants to make sure that she is #1 in Bryan’s life.

On this wedding day, Bryan tells his mom that he wants the day to be just as special for her as it is for him. He wants to make up for the fact that Jayne never had a wedding.

She also never had a honeymoon, and Bryan has invited his mom on the honeymoon without Tracy’s knowledge. Tracy’s best friend Asia heard him say that he’s inviting Jayne on their honeymoon, so she immediately went to tell Tracy. 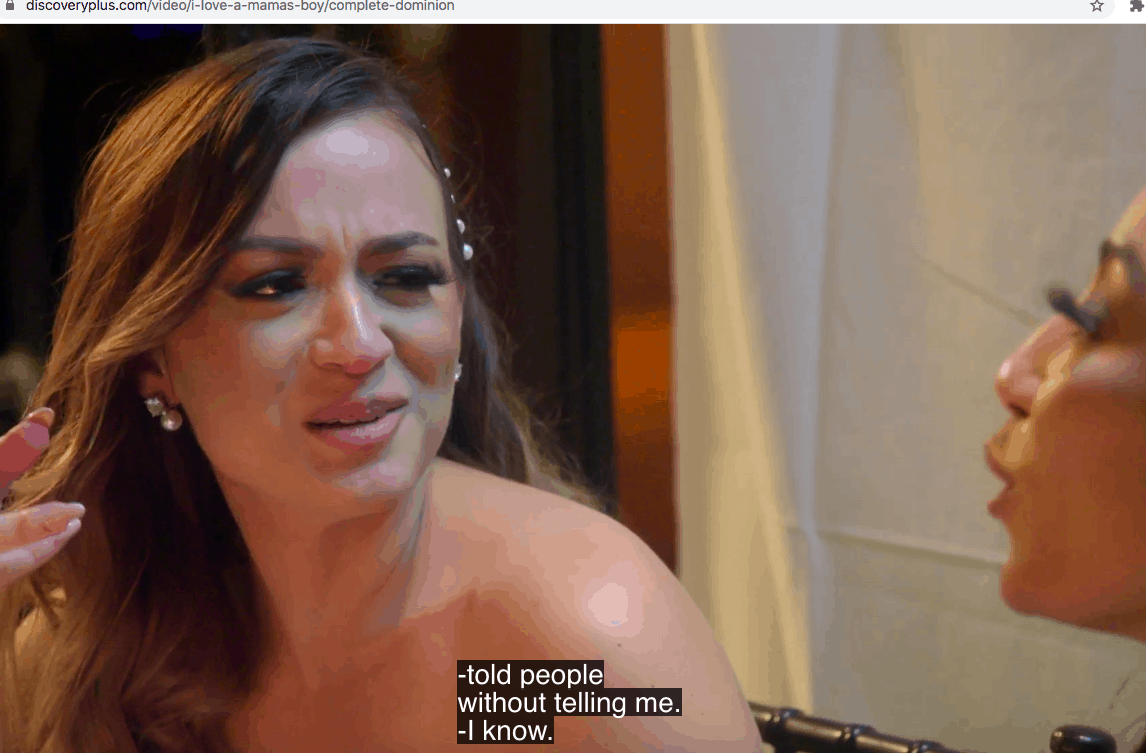 Tracy says she can’t believe that Bryan made that decision, and also told other people without telling her. Tracy says he wants him to “suck it up” and let his mother know she won’t be coming on their vacation.

Episode Two picks up a few days after their wedding and shows Tracy and Bryan popping a bottle to celebrate their marriage. Tracy thinks that it’s not appropriate for a mother to come on a honeymoon. She asks him why he mentioned bringing Jayne with them in front of Asia. Bryan says he said he would bring his mother if the kids came on the honeymoon too.

Tracy wants a “full honeymoon” with just the two of them. She demands that he tell his mom that she can’t come with them. She makes him pinky promise, but Bryan feels like he’s now in a bad position because he told his mom she could come. 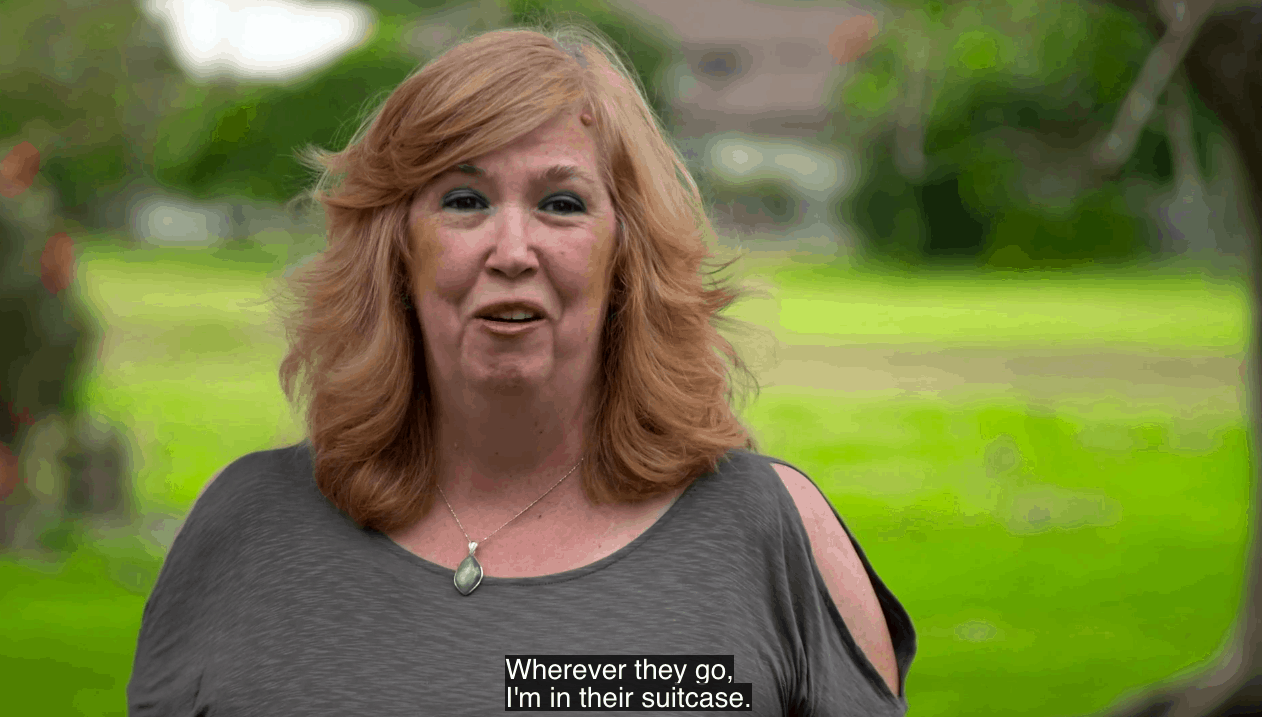 Bryan takes Jayne to the park to break the news to her. When he tells her they haven’t decided if she should go on the honeymoon or not, Jayne argues that she brings a lot to the table in terms of childcare. She even offers to pay her way when he brings up money.

This is Tracy speaking through me right now,” Bryan says. “I don’t think she wants you to come.”

Jayne tells him that he can talk things over with Tracy and convince her. “All their dreams are my dreams too,” she says.

Bryan still leaves the option open that the kids may be coming with them. He couldn’t find it in himself to tell Jayne she definitely can’t come.

“Hopefully the next talk will be a positive answer,” Jayne says.”