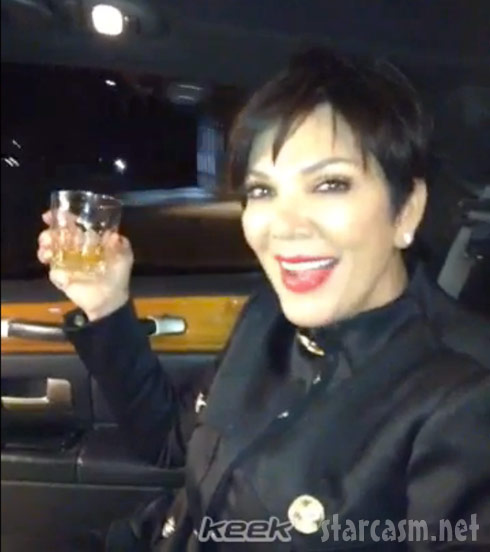 “Oh, just havin’ another shot baby!” says Kris with a big smile on her face.

“I think you might not have said everything accurately,” Khloe responds laughing.

Just before the video, Khloe posted this next photo of herself (I think?) and her mom Kris sporting sombreros along with the caption, “She’s wild man” 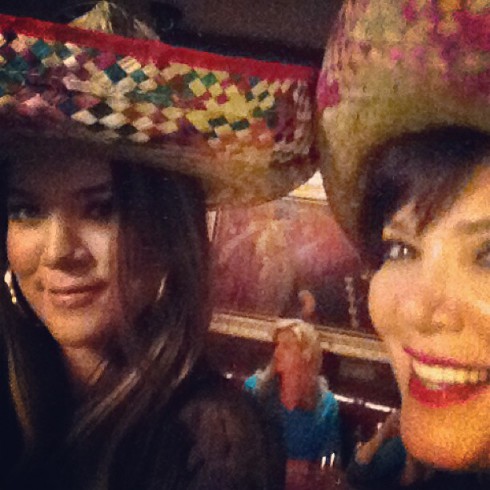 First, let me say that I hope the video was filmed in the backseat. I’d like to think Khloe wouldn’t have pulled a Farrah Abraham by recording Keek videos while driving!

Secondly, I also hope this was in the backseat of limousine or something equivalent, because otherwise I believe that this is a blatant violation of the open container law in most states.

Bruce Jenner furious with the Kardashians for publicly discussing his transition