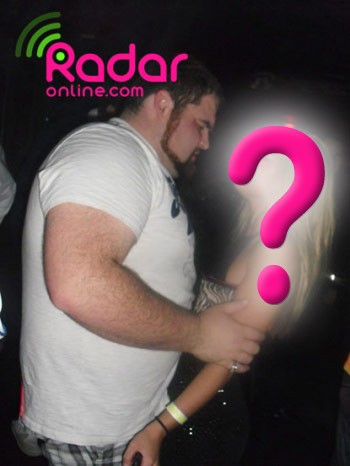 It appears as though Gary may have finally taken the advice of 99% of Teen Mom viewers and moved on from his violent baby mama Amber Portwood!

Gary Bear was was spotted at a club called Peppers in Broad Ripple, a suburb of Indianapolis, Friday night. An eyewitness saw the couple and later talked with Radar Online:

“They were making out, whispering to each other and she was even nibbling on Gary’s ear,” said club-goer Sarah Swann, adding, “They were dancing and grinding with each other and they were in their own little world.”

Wait – I thought Gary and Amber were out of the state indefinitely? Wasn’t that why the domestic abuse investigation was on hold with the Anderson, Indiana Police? ARGH! Teen Mom needs to be live and year ’round!

Swan went on to tell the site that she was disappointed when she found out Gary had left Amber and was excited to hear they had gotten back together. Team Amber in the house!

“This girl was really cute, I was shocked… I can’t believe he cries about Amber and then goes and does this,” added Swan.

Radar also has some photos of Gary Grindsalot and Blondie McAmberwannabe, so head on over there for the visuals.

Teen Mom Trivia: If this story is true it will mark the first time that either Gary or Amber has ever dated someone they didn’t meet at Wal-Mart. Actually, I suppose it’s possible the couple met at Wal-Mart earlier and hooked up at the club later. Oh well.