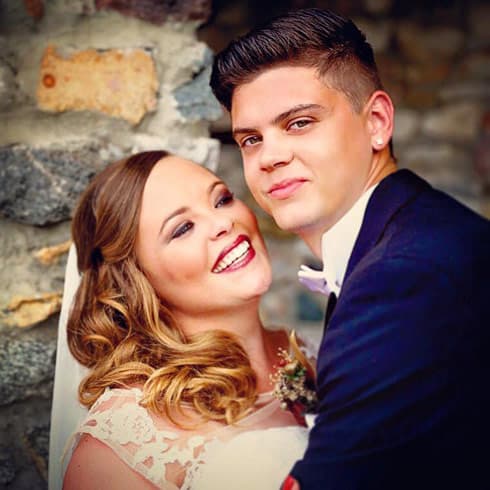 On the most recent season of Teen Mom OG, star Catelynn Lowell shared her struggle with anxiety and depression. Although it appeared as though she was getting better with the help of a therapist, she apparently still has some very serious issues, because she is checking herself into a rehab facility.

“Just let [fans] know that I’m just seeking help for my anxiety and depression at the moment,” Catelynn told In Touch.

UPDATE – Catelynn has since clarified by tweeting: “I am not in rehab.” We assume that the correction is an issue of semantics and that Catelynn is at a facility in Arizona to receive treatment for anxiety and depression, as she stated.

UPDATE – Tyler has since countered Catelynn’s comment by saying she IS in rehab. “Rehab isn’t just for drugs,” he tweeted. “Cate is in rehab to get healthy emotionally. If you guys only knew half of what she’s been through #BraveWoman.”

The confirmation comes after both Catelynn and Tyler shared concerning-but-vague posts on social media over the last 24 hours. “Please just pray for my wife,” Tyler tweeted yesterday.

Catelynn followed that by tweeting: “For everyone that thinks I’m so ‘strong’ I’m really not… one day you will know why. I also can be very weak.” She followed that with: “You guys have NO CLUE on how much you lift me up sometimes…”

Tyler then returned and wrote: “For better or for worse…through sickness & in health…I will NEVER stop fighting for my wife. Keep her in your prayers…thank you.”

And, just moments ago, Catelynn shared a photo on Instagram from aboard a plane headed to Arizona, where I assume the rehab facility is located:

Arizona here I come… I can’t wait to be back to my normal self… this is for me and my family.. Novalee and Tyler I love you both very much!!!

So far there have been no public messages of support for Catelynn from her co-stars Maci Bookout, Amber Portwood, and Farrah Abraham, but Tyler’s father Butch and the couple’s adoption councelor Dawn Baker have both tweeted positive messages for Catleynn:

@LONGhairDGAFF she’s doing OK, she going to go and get better,,, love her so much

@TylerBaltierra praying. God knows her needs & will never leave her. Wrapping you both in love and prayers. ??

@CatelynnLowell you are courageous, brave & strong. Surrounding you with love and prayers. ??? love you.

@TylerBaltierra surrounding you both with love and prayers. I’m so grateful she has you to faithfully love her 4 ever. ??

UPDATE – Amber Portwood just tweeted to both Catelynn and Tyler:

@TylerBaltierra @CatelynnLowell I know babe you will see her soon and I’m coming out in a couple weeks. Stay strong. Love you

Our thoughts are with Catelynn and Tyler! We applaud her for taking this step and we cannot wait to see her “normal self” again! 🙂