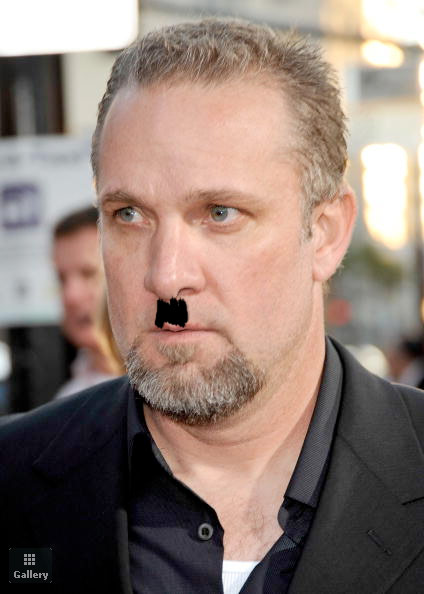 An anonymous source close to Jesse James has revealed to Radar Online that there are at least twelve sex tapes involving Mr. Sandra Bullock and “most of the tapes feature a mass amount of Nazi paraphernalia.”

A source who saw one of the tapes spoke to RadarOnline.com on the condition of anonymity and gave a partial description. “What I saw was a naked woman on her knees and Jesse in a Nazi hat waving his arm in a salute,” the insider said. “It looked like the woman’s hands were bound.

All of this comes on the heels of a controversial photo showing Jesse James giving a Nazi salute while wearing a German soldier’s hat and mimicking Adolph Hitler’s mustache with his fingers.

Starcasm is proud to have an exclusive first peek at what the official DVD release of one of these tapes might look like! 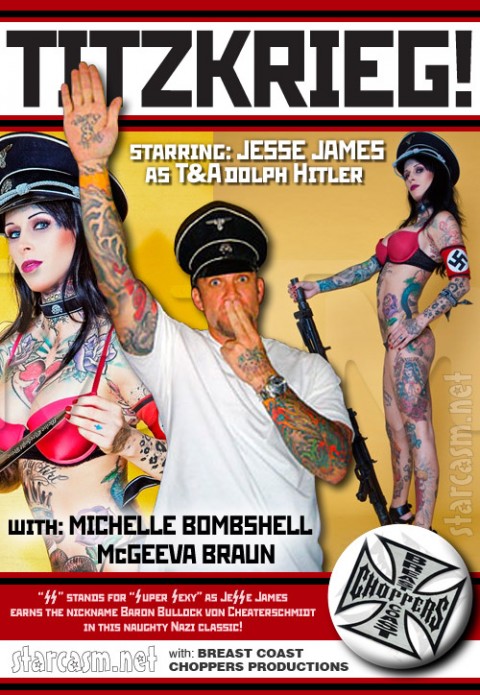 The source tells Radar Online that the Jesse James Nazi sex tapes are currently not up for sale, but the site says they are “not in a completely secure location.” I’m not sure what that means exactly, but I’m guessing the “tapes” are probably digital and the “not secure location” is probably on a friend’s computer?

(I was going to name the movie Inglourious Basterd but it didn’t really work given that Jesse is on the wrong side of the war. In the end I think I might like TITZKRIEG! better anyway.) (A joke I couldn’t seem to squeeze in: “Bunker? I hardly know her!”)

CLICK HERE to read my post on Jesse James and West Coast Choppers’
use of Nazi symbolism in their marketing!

Why did Ronnie and Sammi split? Did Ronnie cheat with Morgan from Bad Girls Club?