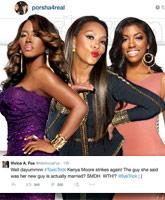 After it was discovered earlier today that The Real Housewives of Atlanta star Kenya Moore's boyfriend, whom she met while appearing on Millionaire Matchmaker, married another woman one week after the episode aired, Kenya posted a statement revealing that the news left her "astounded and devastated." Unlike when NeNe Leakes broke down during Part 3 of The Real Housewives of Atlanta Reunion Sunday night, Kenya's co-stars were not quick to show support for her -- at least not publicly. Keep reading to find out which RHOA cast member did appear to tweet support for Kenya, and also read the shade thrown by Porsha Williams and Kenya's Celebrity Apprentice nemesis, Vivica A. Fox!
Read More... 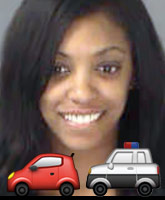 The Real Housewives of Atlanta's Porsha Williams was pulled over for speeding while driving her Rolls Royce 78mph in a 55mph zone on December 29, and she was later arrested after it was determined that her driver's license was suspended because of her “Failure to Appear” for a prior citation. Porsha issued a statement explaining what happened, but the police report highlights some things she left off -- like repeatedly calling the arresting officer "a**hole" after she was asked five times to place her hands behind her back.
Read More... 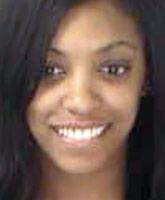 RHOA's Porsha Williams got herself arrested for the second time this year. Find out what she did this time around as the cast member demoted for having a boring story line spiced things up a little in the ATL.
Read More... 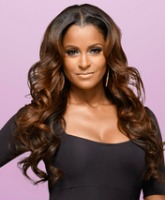