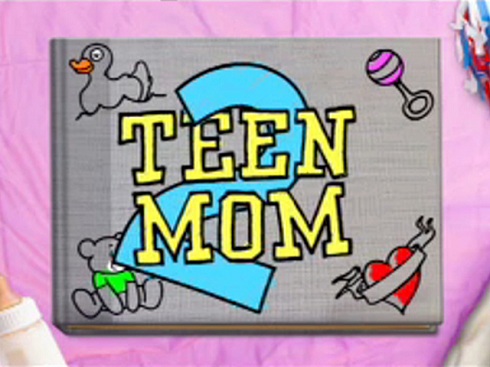 “Teen Mom Tuesday” is no more. Kail Lowry, Jenelle Evans, Chelsea Houska, and Leah Messer are returning to MTV for the third season of Teen Mom 2 next month, but there is one major change — the show will now air on Monday. “Teen Mom Monday” doesn’t have that much of a ring to it, but as long as the girls are back, who cares, right? We’ll adjust.

MTV today announced that Teen Mom 2 will return on Monday, November 12 at 10:00 p.m. ET/PT. When the last season left off, Jenelle was still going back and forth with Kieffer Delp but on season 3, Jenelle begins dating Gary Head, a Marine whom she later becomes engaged to. Kail also finds new love in Javi Marroquin, who she also becomes engaged to (and remains so). The same goes for Leah Messer who meets Jeremy Calvert fresh off her divorce from her twin girls’ father Corey Simms and later marries. As for Chelsea, she’s still having baby daddy drama with Adam Lind. 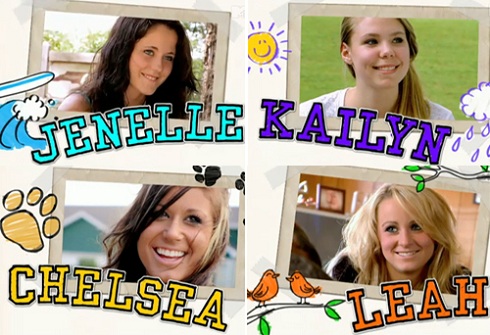 Check out the official press release below:

The third season of this groundbreaking series goes beyond tabloid headlines and inside the emotional journeys of four young mothers as they face some of their biggest challenges yet, as their children enter into their “terrible twos.” From a difficult divorce and an unexpected pregnancy to a young mom working through rehab and increasingly rocky relationships, the dramatic season catches up with Chelsea, Jenelle, Kailyn and Leah and takes viewers inside the real stories and very unglamorous struggles these young women face as they navigate their way through life with toddlers in tow.

“Teen Mom 2” returns to air as teen pregnancy and teen birth rates in the U.S. are at historic lows, following impressive declines in recent years. In its third season, the show immediately brings viewers on an intense rollercoaster of the ups and downs that come with raising a child at a young age.

A country girl who wears her heart on her sleeve, Leah is a former cheerleader from a small town and the mother of twin girls Alianna and Aleeah. Leah sacrificed everything her senior year in order to graduate, take care of her babies and try to make things work with her daughters’ father, Corey. However, the honeymoon is over and as their trust issues intensify, Leah and Corey make the difficult decision to get divorced, and head to mediation for custody of their girls. As Leah struggles to move on, she looks into a local university’s nursing program and meets someone new. Full speed ahead, Leah and her new boyfriend Jeremy quickly solidify their relationship and things get serious. As she moves forward though, she’s still confused over her feelings for Corey, and is now faced with telling him that she’s not only engaged to Jeremy, but is also pregnant again.

Jenelle continues her struggle to reconcile the responsibilities of motherhood with her love of partying. Despite their tumultuous relationship, Jenelle’s mother, Barbara, cares for her son Jace while Jenelle tries to prove herself as a mom and a responsible adult. However, the partying catches up with Jenelle as she tries to stay clean on probation, but ultimately fails her mandatory drug test. After going against her lawyer’s advice, Jenelle faces time in jail. As things calm down, she meets a new guy, Josh, who she quickly moves in with. But, as her former trouble-maker boyfriend Keiffer comes crashing back into her life, things change more quickly than ever. All the while, a tough question keeps bubbling up for Jenelle as she reveals that she isn’t sure if absent “birthfather” Andrew is Jace’s dad after all, and begins to consider having him take a paternity test.

Always a motivated and focused young woman, Kailyn is the mother of baby Isaac. Early on, Kailyn and Isaac’s father Jo’s relationship crumbled under the stress of balancing their lives while raising their child. Kailyn moved out amidst their constant fighting, and moved on to a new relationship with co-worker Jordan, only for that to end after Kailyn cheated with Jo. Kailyn wants to be with Jo again, but when he rejects her, she turns her attentions back to her relationship with Jordan. However, his controlling ways make the relationship short lived. After all the back and forth in her love life, Kailyn shifts focus to her family and heads to Texas to try to reconnect with her long lost half-sister. While she’s there, Kailyn’s estranged mother tries to see Isaac behind her back. Then, just when she’s not looking, Kailyn meets a new guy named Javi who asks her on a date.

Since giving birth to Aubree, Chelsea’s life has been consumed with taking care of her daughter and trying to make her tumultuous relationship with Aubree’s father, Adam, succeed. Old habits die hard though, and Chelsea gets back together with Adam. He surprises her with a promise ring, and the two move in together. When Chelsea’s father Randy finds out, he kicks him out of the house just before Aubree’s second birthday. Meanwhile, Chelsea does her best to get her life on track by finally finishing her GED, testing out therapy and working to make her beauty school dream a reality.

The teen birth rate in the U.S. declined 25 percent between 2007 and 2011. Despite the steep decline in teen birth rates, more than 700,000 teenage girls in the U.S. still become pregnant each year and one out of every ten children in the U.S. is born to a teenage mother. The vast majority of these pregnancies are unintended, and one quarter of all teen moms have a second child within two years. In a recent poll by the National Campaign to Prevent Teen and Unplanned Pregnancy, 77 percent of teens age 12-19 that have seen “16 and Pregnant” and “Teen Mom” say the shows “help teens better understand the challenges of pregnancy and parenting.”

More information about sexual health issues affecting young people, including unintended pregnancy, is available at www.itsyoursexlife.com, a public information resource developed by MTV and the Kaiser Family Foundation. The National Campaign to Prevent Teen and Unplanned Pregnancy is working with the show to provide additional information.

Viewers can also go to MTV.com or to the “Teen Mom 2” Facebook page for sneak peeks of the show including bonus/extended scenes and exclusive interviews with the moms.

Since its launch in 2009, “Teen Mom” has captivated millions of viewers with its honest depiction of the lives of teen moms. Season two of “Teen Mom 2,” ranked as Tuesday’s #1 original cable series. The “Teen Mom” franchise consistently ranks as one of the most-watched cable series among P12-34, with last season of “Teen Mom 2” ranking as the #3 cable series of the year. On average, the season garnered a 3.2 P12-34 rating and 3.5 million total viewers per episode. When looking at Live+3, the average rating increased to a 4.0 P12-34 rating, and drew in 4.4 million total viewers.

PHOTO Are Maci Bookout and Ryan Edwards back together?