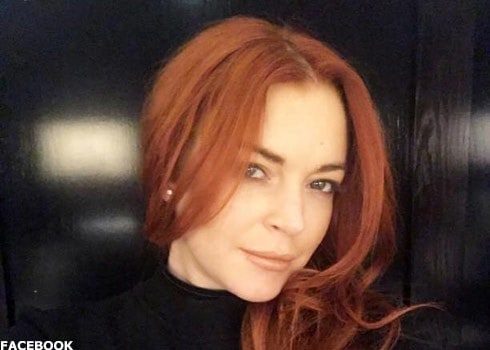 Actress Lindsay Lohan told hosts with Good Morning Britain that she was “racially profiled” while flying to the United States.

Lohan was asked by co-host Piers Morgan about her recent interest in the Muslim religion and she shared an anecdote about being stopped at London’s Heathrow Airport because she was wearing a headscarf.

“When I was flying to New York recently I was wearing a headscarf and I got stopped at the airport and was racially profiled for the first time in my life. The agent opened my passport and saw ‘Lindsay Lohan’ and started apologizing but said, ‘Take off your headscarf.'”

She added, “What scared me was, at that moment how would another woman who doesn’t feel comfortable taking off her headscarf feel?”

When Morgan pressed Lohan on whether or not she was converting to Islam she replied, “I think any religion anyone chooses is a personal belief, my sister is Buddhist, it’s a consideration I have. I don’t want to speak on something I haven’t finished yet, I don’t think that’s right.”

In other Lohan news, it was revealed yesterday that the 30-year-old will be producing and starring in an upcoming reality TV show called Nerd that promises to be a mix of the movie Nerve and MTV’s Punk’d.