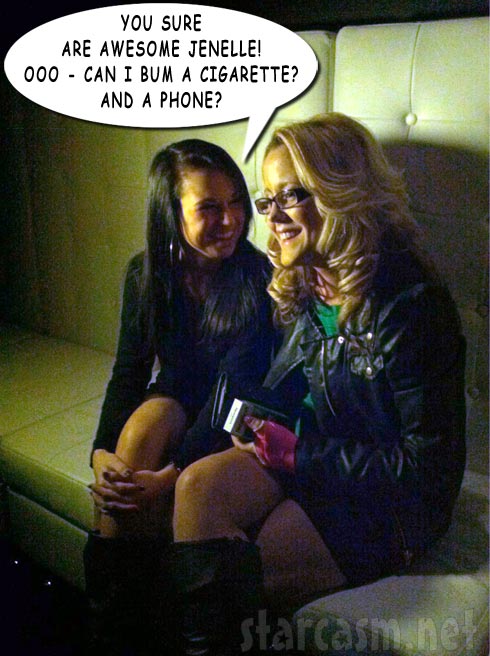 In our previous post we shared the brutal tweet-by-tweet feud that broke out earlier today between Teen Mom 2 star Jenelle Evans and her (former) roommate Hannah Inman. As you might imagine, the blow-up sparked everyone’s curiosity as to why the two pals had a sudden falling out, with some suggesting it was Hannah’s text message to a friend saying she wanted to punch Jenelle in the face. (Jenelle mentions the text in her her tweets.)

But the text message came after the two had their falling out and Hannah gave her phone to Jenelle. So what did cause the feud? Jenelle got tired of all the untrue stories being written so she took to Facebook to clarify:

me and hannah are officially not friends anymore. she simply used me for money, fame, ciggs, food, a cell phone, etc. the reason i kicked her out was becuz she didnt get a job to help me with bills and invited random dudes to my house so she can have her way with them i guess… :/ other then that i told her to get her sh!t out, give me my phone back, and to please never speak to me again. well…… i went through her phone after i got it back and it was just all sh!t talking about me to everyyyyyyyone… and what do yu kno they were ALL dudes, lmao. sooo yes i feuded with her over twitter but im over it now. im dont want anything to do with her still and wish she wasnt a spoiled b!tch that didnt care about materialistic items. :/ oh well..

It sounds like Jenelle was just a sugar Teen Momma!

She then explained why she took the time to explain what happened:

i kno yu guys prolly think im just talking sh!t, and “oh we dont care”… buttttt heather clouse made an article about it already sooooo thats why im explaining what happened between us so yu get the story straight from me, not that b!tch.

Later, TheTeenMomSpot.com published an article about the feud that seemed to suggest the falling out with Hannah was just the latest in a string of on-again, off-again friendships for Jenelle (which includes her former – and now current – best friend Tori), but Jenelle begged to differ:

me and tori have been friends since we were 12. we r like sisters. we will always argue and make up. but people that betray me and text guys about me WHILE WE ARE FRIENDS and yr NICE TO MY FACE.. i do not associate myself with them no longer. i have not talked to amber since she moved out and not planning to ever again. my ex josh i gave another change to betrayed me soooo i blocked him on fb and …dont answer his texts or calls. and nowwwwww this girl hannah ive only known for a month and never seen her true colors until now. she has NO girlfriends at all, she called my family poor and im “jealous” that her family has money when really noooo her mom lives in a barn and her dad has all the money and took everything away from her becuz she smokes pot. she used me for fame. told people she cant “wait to get famous” and lots of other stuff. hannah will NOT reveal her side of the story becuz she has nothing to TELL but what ive already said. she is jealous when tori came over to hangout with us one night and ever since then shes been a b!tch to me and talking sh!t. im done, im through. im not paying for her food, ciggs, cell phone, cell phone bill, etc. anymore. yu THINK we will make up but honestly we will NEVER make up. i cant just trust ANYONE being on the show, its hard enough to give random people chances like that already.

So, it sounds like its over for good between Jenelle and Hannah! And apparently it all went south after Hannah got jealous of Tori hanging out with Jenelle. It’s kind of a shame that it didn’t work out because Hannah is a pretty good singer and I think we were all waiting for her to finally take a bikini photo that wasn’t blurry. Oh well, I suppose ones like these will have to do: 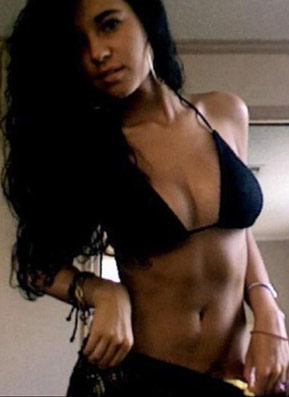 ***SIGH*** Maybe her new cell phone will have a nicer camera.