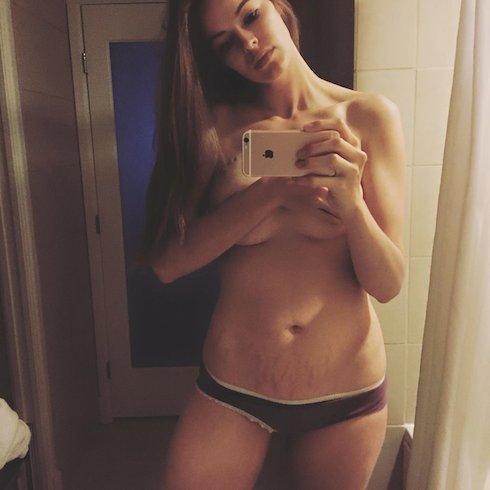 Sports Illustrated model Robyn Lawley has set off a firestorm of commentary following a post-pregnancy photo she shared on Facebook. In the commentary accompanying the Robyn Lawley stretchmark photo, Lawley calls her stretchmarks “bada** tiger stripes” and takes the whole notion of body shaming to task.

The Robyn Lawley stretchmark photo came about as a direct result of a particularly nasty bit of gossip the 26-year-old read about herself in a British tabloid. Robyn’s daughter Ripley was born this past February, but, late last year, she recalls that she saw a headline claiming she was considering abortion…to avoid stretchmarks.

Needless to say, Lawley was shocked and horrified. But things only got worse–a lot worse, in fact–before they got better.

Almost a year ago, an interview from a very honest maybe too honest conversation with a friend was manipulated and taken apart so heartlessly by a uk publication gossip page that at 7 months pregnant right after losing one of my my closest relatives, read
“Robyn considers abortion to avoid stretch marks”
I was shocked not only because that is not what I said, not to mention i already had a tonne of stretch marks like 90% of the world, but to read that entire article and be already heavily pregnant, that’s their angle? 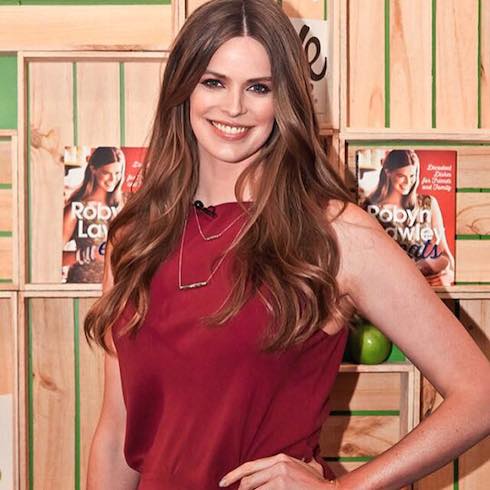 It hurt so bad, the comments that ensued were derogatory to say the least.
I’m familiar with being bullied, once for not having a thigh gap (insert face palm) but to bully me for something I never said, not to mention my decision would need to be more based on the fact that I will be taking care of someone’s life, a heavy decision to make, would never rest on getting stretch marks alone.
I think until it was pulled it had over 500 or more very abusive comments with no help from the original publication or my friend 🙁 I personally tweeted the author of the gossip website to ‘have a heart’ as it was causing a huge amount of stress to me and I was worried about my unborn baby’s health.

The author was in fact Australian and she proclaimed did not write it, someone else in UK had and the article was pulled. These gossip pages do everything to get a view but to not even write your true name is cowardly. 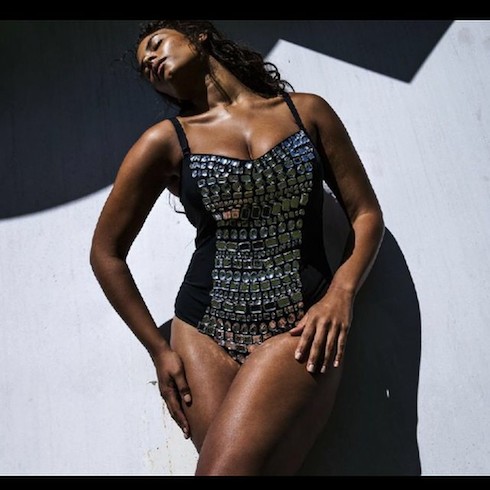 As for my stretch marks I knew they were coming and as they’re fading into white ( like all my others) I thought I might capture them. Because they are some bad ass ‪#‎tigerstripes‬ 🙂 And I earned them.

We put an unbelievable amount of ridiculous time consuming pressure on women to care so much about their flaws they forget how truly beautiful they (you) are today.

F**k them, who cares, be you, be loud, be proud. And put your efforts into skills that rely more on your physical self.

And to anyone who feels bad about your body especially after a baby, you are a warrior, you created a life inside of you, that’s no easy feat.

It makes me mad seeing abortion discussed as a political agenda, women’s reproduction rights are in use for votes. I will always be pro choice. No one likes to get abortion but if your not prepared their should be no judgement into getting one.

Women’s rights should not be used so gimmicky and spoken about so poorly.

Right now there are millions of homeless children in America alone why don’t we focus on them? We often forget those women who do have a child because they couldn’t get access to an abortion because of state laws and no one is there for her when she’s denied health care or becomes homeless due to staggering costs or even has to change her entire career. It’s 2015 we have to urgently make women feel empowered by their bodies and minds. We should not be taking their rights and choices away.
I love my daughter, I also love my human rights.

Love to you all xx

Until recently, Lawley was best-known as the first plus-sized model to get her own page in a Sports Illustrated swimsuit issue.