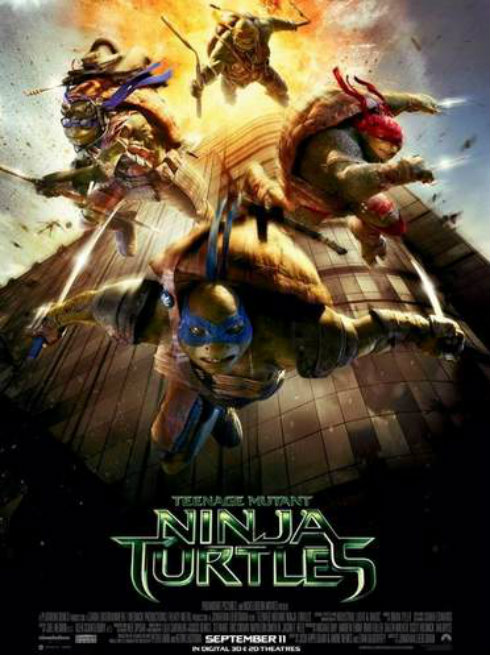 Someone from Paramount Australia’s marketing department has some explaining to do after publicizing a new poster for Teenage Mutant Ninja Turtles.

In the image, Raphael, Donatello, Michelangelo and Leonardo appear to be diving out of an exploding building. In most cases, that wouldn’t be a big deal. But the movie premieres in Australia on Sept. 11 — as clearly stated on the poster — and the building resembles one of the Twin Towers. To top it off, the film is set in New York City.

Many on Twitter quickly responded to the now-deleted tweet by saying it was insensitive, poorly conceived and offensive. Others just remarked on how ridiculous it was for Paramount to miss the obvious connection.

Besides removing the post, Paramount hasn’t offered explanations or apologies.