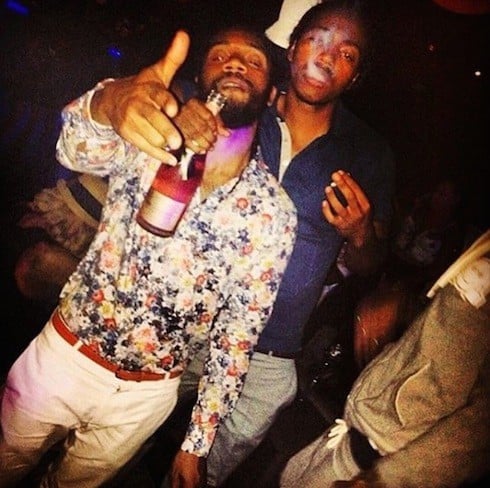 We got an unexpected Scrapp DeLeon prison update earlier this week, courtesy of Scrapp’s brother Sas, who’s been communicating with his fellow Love and Hip Hop Atlanta cast member on the regular. Scrapp, who is serving time in a Georgia state prison on a drug charge, was recently moved to a new facility, and Sas let Scrapp’s fans and LHHATL viewers know exactly how to reach the embattled fellow.

Scrapp was actually imprisoned before Love and Hip Hop Atlanta Season 5 began airing, though most (if not all) of the filming for the VH1 hit show had been completed by the time he surrendered to authorities. Two years ago this week–on May 13th, 2014–Scrapp was arrested on a drug trafficking charge, and later sentenced to 20 years behind bars. Because of the state of Georgia’s sentencing guidelines, and assorted other maneuverings, Scrapp is expected to be released in January 2021, or after approximately five years. (He had already served some time before officially surrendering; that time was subtracted from his sentence.)

This week, though, Scrapp was moved to a new facility–but Sas was quick to fill in the details:

RELATED ARTICLES: MUG SHOT When is Scrapp from LHHATL getting out of prison?