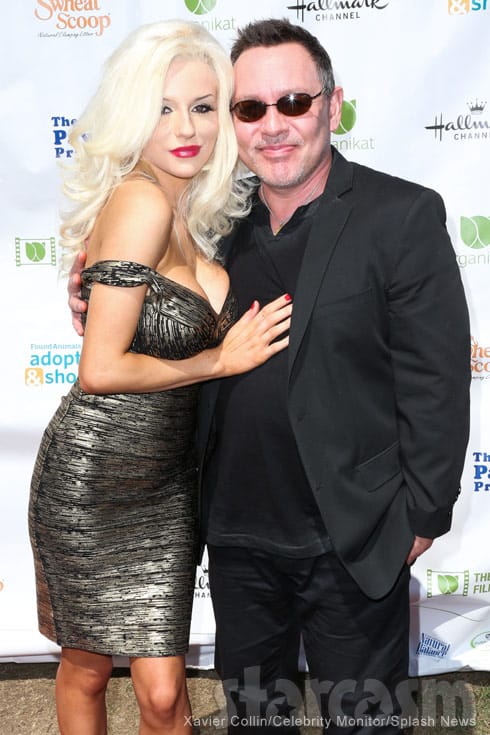 Teen bride Courtney Stodden and her mother Krista Keller have been getting some intensive therapy to help with their issues on Lifetime’s The Mother/Daughter Experiment: Celebrity Edition, and now it looks as thought Courtney is looking to change roles as she is reportedly going to be a mother herself!

Reality Tea broke the news after they were given access to the pregnancy announcement video made by Courtney Stodden and husband Doug Hutchison. The video was sent to their close friends and family, and according to Reality Tea, it shows Courtney Stodden taking a pregnancy test in the bathroom while Doug films. When the pregnancy test shows a positive result, Courtney takes a seat as Doug asks her how she’s feeling.”A little overwhelmed,” says Courtney.

The video was dated May 11, which is just nine days shy of the couple’s fifth wedding anniversary.

Both Courtney and Doug have not mentioned the pregnancy on social media or elsewhere, but I assume the savvy celebs will be sharing their big news on a tabloid cover this week.

UPDATE – I don’t know about a cover, but Courtney has confirmed her pregnancy to US Weekly. “It’s a bittersweet time for me right now,” Courtney says. “I’m dealing with a lot of stress and emotions surrounding life and its ups and downs.” She adds: “Doug and I weren’t planning on going public with this so soon. I’m only four weeks along in my pregnancy. But some things are out of your control.”

For a lot of people (me included), imagining Courtney Stodden as an expectant mother, and then a mom, is a little difficult. To help with that, our Photoshop team created this picture of what Courtney Stodden pregnant will look like: 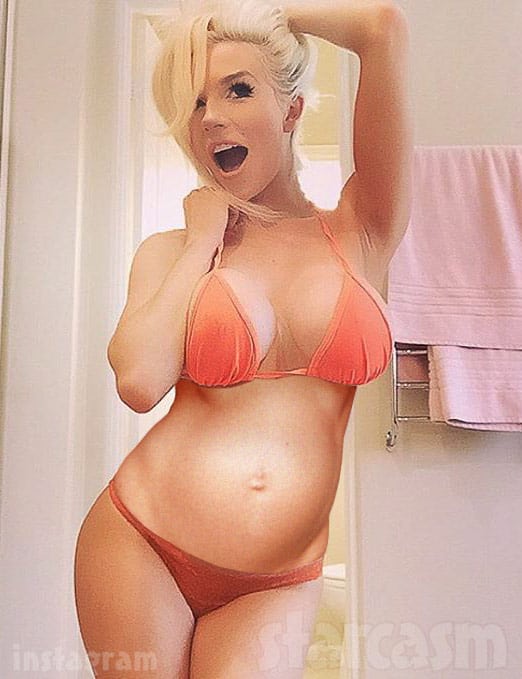 Even with that picture, it’s still hard to imagine! That beign said, congratulations to Dourtney — we certainly wish them all the best. 🙂

UPDATE – Click here for all the latest on Courtney Stodden’s pregnancy, including the inevitable shade tossing by her mother Krista Keller, Courtney’s response, reported reality show offers, and a hilarious video of Doug and Courtney revealing to his mother that she is expecting!

Is Tori Spelling pregnant? New report claims her and Dean are expecting 5th child together