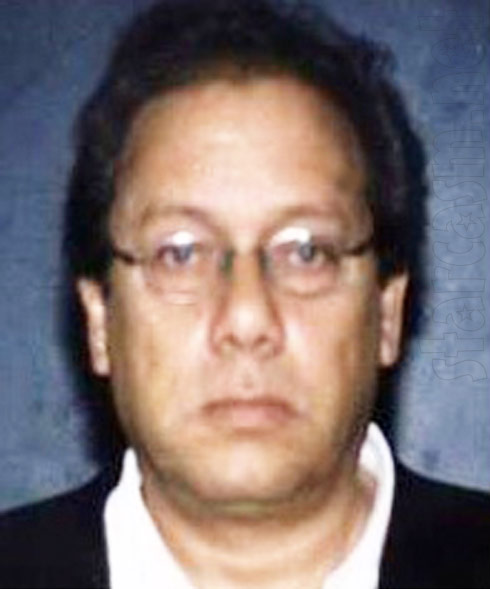 It’s hard to imagine that there would be any skeletons left in any of the closets of those closely associated with the Kardashian empire, but Star magazine brings a few out in the form of Kourtney Kardashian’s man Scott Disick’s dad Jeffrey Disick, who has a rather extensive history of financial problems that includes a 2001 arrest for grand larceny!

The above mug shot photo of Jeffrey Disick, now 62, was taken when the former apparel businessman turned himself in to the Suffolk County, New York District Attorney’s Office. According to court and law enforcement documents obtained by Star, Disick’s “surrender” to authorities took place after “someone alerted the authorities that he had stolen money a year earlier from a bank near the Disick family home in the Long Island town of Eastport.”

Jeffrey Disick was charged with Grand Larceny 3, a felony, for “acting in concert with another person” to “steal in excess of $3,000 from North Fork Bank.” He would avoid the felony conviction by pleading to a misdemeanor petty larceny charge, which resulted in him paying $6,500 in restitution and serving 140 hours of community service in lieu of 30 days in jail.

According to the Star article, the arrest was just the culmination of years of financial difficulties for Jeffrey Disick and wife Bonnie Disick. Court records reveal “Jeffrey and Bonnie Disick individually and collectively were the subjects of liens and judgments filed by companies, individuals and state and federal tax agencies totaling at least $391,000.”

I wonder how long it will take this story to percolate into the plot of Keeping Up With The Kardashians. My guess is that we will see it addressed on screen before the current season is up.

Meanwhile, you can check out all the deets in this week’s issue of Star magazine, on newsstands Thursday!

Want more Scott Disick family history? Find out where his family got their money back before Jeffrey Disick had his financial issues, namely Scott’s grandfather, luxury resort developer David Disick!