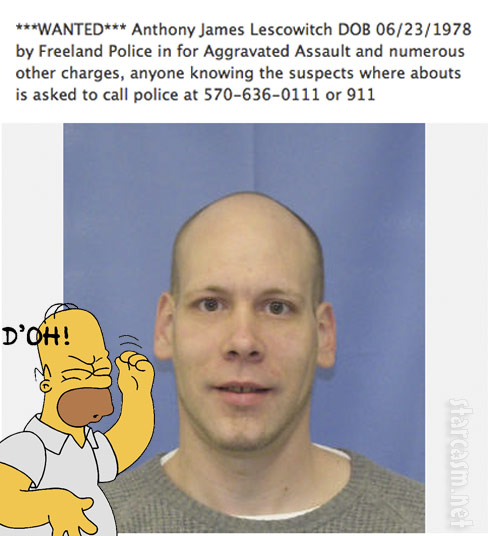 Adding insult to injury , he mocked the police even further with a comment on his own status. A friend wrote, “Does it look like he can do ne thing aggravated he’s so not violent.” Anthony James, who goes by Jimi on Facebook replied, “lol i f**kin love it A**HOLE.”

Less than two hours after Lescowitch shared the status looking for his status as his own Facebook status the Freeland Police Department shared this status: 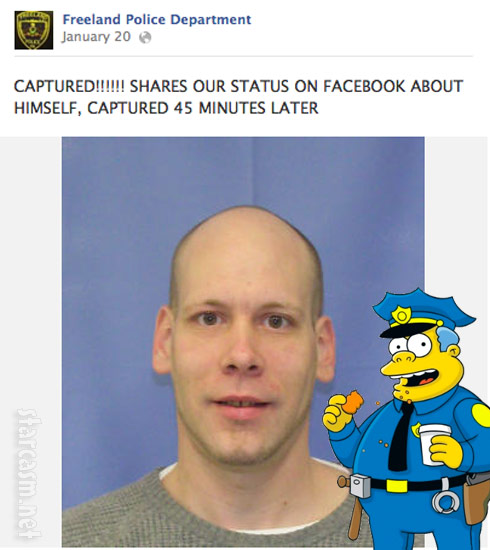 So how did Anthony’s share and mockery end up in such a quick arrest? Here’s how that went down!

The Times Leader reports that the police noticed the share and used an undercover agent to pose as a fictitious attractive woman to contact him about an in-person rendezvous via, you guessed it, Facebook. Jimi and this fake woman chatted for about half an hour and at first the bold criminal was apprehensive about meeting up.

The officer asked of his whereabouts saying, “The least you can do is come out and have a cigarette with me,” and wouldn’t you know ol’ Jimi fell for it (men are sooooo easy). When the undercover officer arrived an apparently randy Lescowitch came outside and was arrested without further incident.

Freeland police said they wanted Lescowitch for an assault back in the summer, and he had been avoiding them since charges were filed in November. As of yesterday, he was jailed in lieu of $25,000 bail.

Who is Christie Brimberry, office manager from Fast N’ Loud?