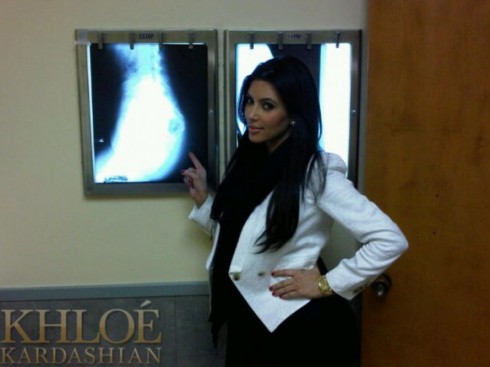 Kim Kardashian has been in the news A LOT lately pimpin’ her wedding and warding off fake cheating rumors. She must have wanted to step away from that little circus that for a minute, and get back the roots of why she’s famous: her bodacious booty.

There has been much speculation about the veracity of her ample part (as there is when any female body part looks especially large,) so she reportedly set the record straight about the contents of her ass by getting it x-rayed, and having her sister Khloe post it on the internet:

Lots of people claim Kim has had some sort of surgical procedure to enhance her bottom. At Starcasm, we’ve never been too keen to buy that, though we do think she’s had a little work done on her facial region. If the booty was composed of implants, those would probably show up  on the x-ray. Thanks for the hard evidence, Kim! (P.S. Coco’s booty is also probably real, but Nicki Minaj’s is probably fake.) These butt debates are great conversation topics for your weekend summer parties.

Here’s an interesting before and after comparison of Kim Kardashian’s butt over the years. Hmmm: 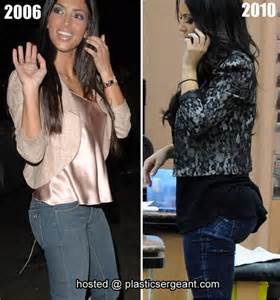