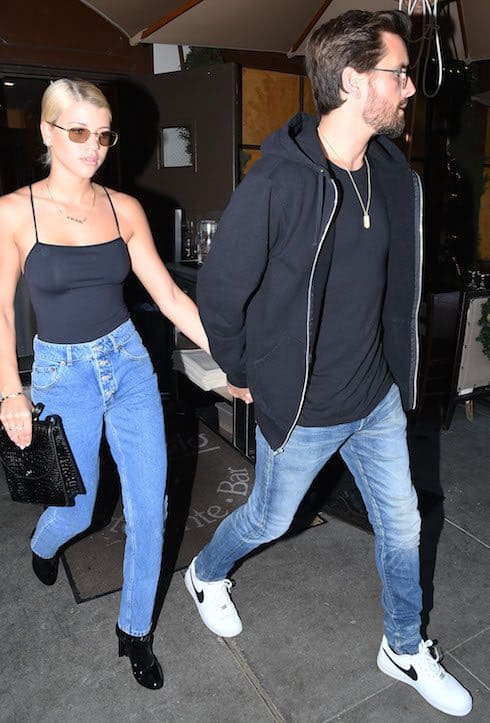 Sofia Richie and Scott Disick’s April-June relationship (it’s Spring Break-Flag Day, if we’re being honest) has raised eyebrows for nearly half a year. Now, 19-year-old Sofia and her 34-year-old boyfriend are in the middle of another PR offensive aimed at getting people to take them seriously as a couple, thanks to Lionel Richie’s recent dismissive comments about the pair.

Lionel, who has never been shy about his dislike for Sofia Richie and Scott Disick being together, told the Daily Telegraph (via the Daily Mail) that Sofia’s infatuation is “just a phase.”

“I’m going to stand real still in the corner, get me a good drink and not make too much noise,” Lionel said, adding “My daughter is getting me back for my Afro days! She’s 19. When you’re 19 you know everything.”

Apparently, those were fighting words, since both Sofia Richie and Scott Disick have since responded with quotes intended to make them look — to use their own word — “mature.” An alleged insider close to Sofia told Celebuzz that she’s “Fully committed to the relationship. It’s not just a fling to her,” and that Sofia is “being really mature about all of this.”

And an anonymous source said to be close with Scott told Us that he was “unfazed” by Lionel’s remarks, since Scott and Sofia “are still together and very happy,” Scott is “more easygoing about stuff like that” — and because “Scott can be shockingly mature.”

We’ve had a good time commenting on Sofia Richie and Scott Disick’s relationship ever since they faked an surprise engagement at dinner in Miami to try and upstage Kylie Jenner on the same day that news of Kylie’s pregnancy broke. Weirdly enough, though, it’s also worth pointing out that Sofia and Scott have been an official, public couple for five full months — which makes them almost as good as engaged given Disick’s track record.

So, even if the two of them initially got together because of some crazy physical attraction, it seems at least possible that they found something more substantial since then. And if they got together only so Scott could continue trying to annoy Kourtney, they’re playing their parts pretty well. Plus, we already know that Kris Jenner would love nothing more than for Sofia to get pregnant by Scott, and she’s almost out of new babies to film.