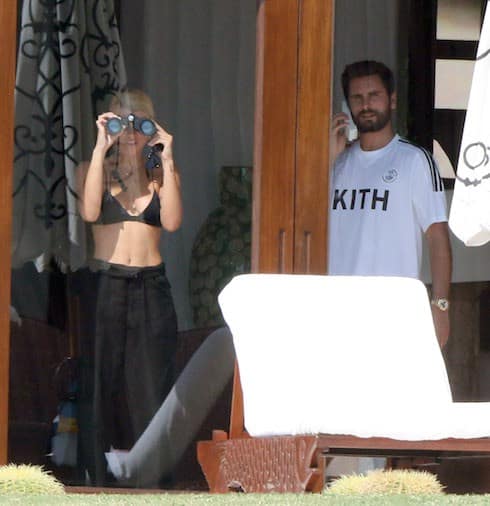 It’s been nothing but exotic luxury ever since Scott Disick settled on 19-year-old Sofia Richie a few weeks ago–but a new report suggests that their jet setting ways may be coming to a close. Apparently, it’s not the 15-year-age gap between the two lovers that has Sofia ready to move on–nor is it the fact that her father went on record to say he’s “in shock” over the pairing. No, the real reason is apparently that Sofia is…bored.

The latest from People claims that Scott and Sofia’s romance has begun “fizzling out,” and that apparently it’s Sofia, not Scott, who’s acting like the more mature partner. (Hard to believe, I know.) Sensing this, Scott whisked Sofia to Mexico for the second time in a month as a diversion. From People’s insider:

Scott and Sofia’s relationship is starting to fizzle. They’re starting to argue more, and it’s bothering Sofia. She thought he would be more serious about their relationship and is finding herself to be more frustrated with him as time goes on. Everything everyone has been telling her to look out for, she’s now starting to see for herself. It’s really upsetting for her, but she is trying to work through it.

Not to play “I told you so” with a teenager, but the writing was pretty much on the wall when Scott staged a fake engagement photo op for he and Sofia literally the same day news of Kylie Jenner’s pregnancy broke, in an awkward attempt at stealing back some of the limelight for himself. In fact, their whole relationship was the culmination of Scott’s summer-long Sexual Revenge Tour, a four-month binge of high-profile scampering with assorted 18- and 19-year-olds that most observers linked to a general lashing out at Kourtney Kardashian’s happiness. (Which also did nothing to distract Kourtney.)

Plus, let’s not forget that Scott and Sofia have hardly spent any time just chilling at home since they got together. In just over five weeks, they’ve jetted off to Miami, Cabo San Lucas, Venice, Paris, New York City, and now Cabo for a second time as Scott tries to keep the sizzle going. Maybe try a board game night once in awhile? Look at how bored these two are: 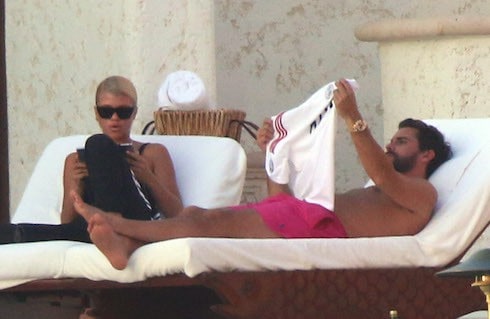 And Sofia’s social media updates are not helping. Take a look at the selfie she shared while en route to Mexico for this most recent trip and tell me she doesn’t look kidnapped:

Compounding the difficulty is the fact that, during the brief moments when he is around, Kourtney allegedly won’t let Scott take the kids as long as Sofia’s going to be with him. “[Kourtney] thinks Sofia is too young to be a good role model,” an anonymous insider told In Touch. “She insists that Scott has to be in a serious relationship for at least six months before introducing a girlfriend to the children.”