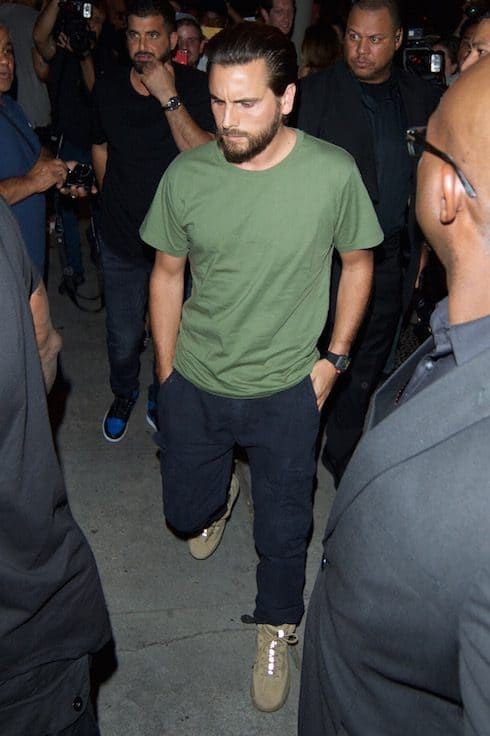 Last week, Kourtney Kardashian became the first to blink in her rebound hookup revenge battle with Scott Disick, splitting with boyfriend Younes Bendjima after his hypocrisy regarding her ass-tastic Instagram shots became too much to bear. Since then, the gossip mill has been churning out a steady stream of stories about Kourtney and Scott together again. But are the stories real? And does it matter? (Hint: The answer to both questions is the same.)

Before we begin, though, here’s a quick reminder of something we wrote earlier this summer. Since the two of them are bound irrevocably by their three children, have shared business interests galore, and seem basically resigned to shrugging their way into marriage, the fact of Kourtney and Scott together for good is more or less a question of when rather than if.

So: Having set the stage, let’s wade right into the drama. Kardashian home network E! was quick to strike following Kourtney and Scott’s joint appearance at Kylie Jenner’s 21st birthday last week, letting it be known via anonymous rep that Scott is “very happy Kourtney cut it off with Younes” (who, it should be noted, is both younger and hotter than Scott).

E!’s insider added that Scott and Kourtney are “in a cordial place right now,” and added that — make sure you spit out your coffee before you read this — “Scott is always resistant to rock the boat with Kourtney.”

Shortly thereafter, People jumped on the reconciliation train. Their anonymous insider claimed Scott has “never really gotten over [Kourtney] and was really hoping to get her back when she first started dating Younes.” And, though Scott is (still!) in a relationship with Sofia Richie right now, he would “get back together with Kourtney in a heartbeat.” 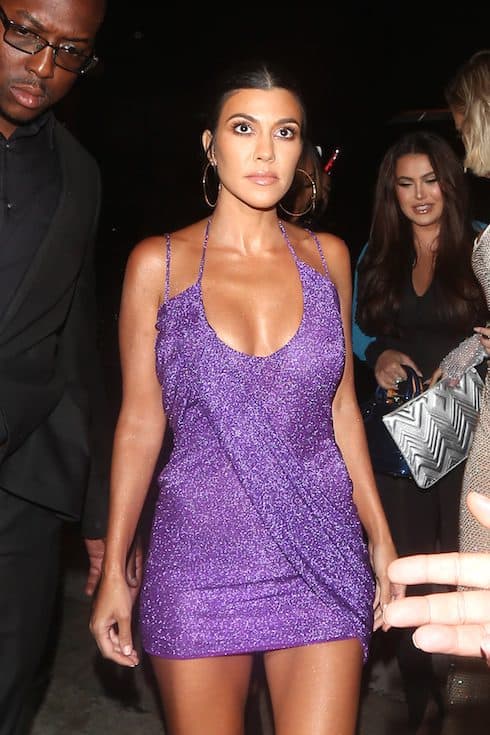 Of the major tabloids, only Us Weekly has so far pushed back against any rumors of Kourtney and Scott together (meaning we can probably assume their take came from people in Kourtney’s camp).

But even that denial came with a huge asterisk: “Scott will always love and be their for Kourtney,” said Us’ insider, who went on to say that Scott “has Sofia and doesn’t want to be bothered with any drama.” Which is a hilarious thing to say about a man who’s allegedly plotted to get his 19-year-old girlfriend pregnant solely for reality TV revenge and who once tried to sneak a model into another country during a Kardashian family vacation specifically for sexy times on the DL.

Finally, the rest of the Kardashians are doing nothing to quell the rumors. Khloe teased the family’s followers by sharing a clip of Scott at Kylie’s birthday party on Snapchat and adding the caption “A girl can dream”:

A girl can dream ?#kourtneykardashian #scottdisick

And Kim followed suit, calling Kourtney and Scott “an old married couple” in her own Snapchat update (to be fair to her, this is an accurate description):

The gossip about these two will continue forever. As far as we’re concerned, though, the only question is whether their inevitable wedding will be a gala affair or a throw-caution-to-the-wind elopement after decades of teasing and attendant exhaustion. It may be hard to imagine a Kardashian wedding without cameras present, but a decade ago it was also hard to imagine the family still being relevant by 2018. Look away or strap in.

(Photo credits: Kourtney and Scott together via Photographer Group / SplashNews.com)