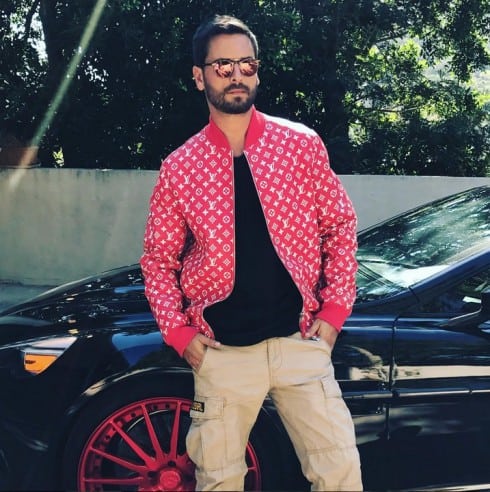 The involuntary psych hold that Kourtney Kardashian and Kris Jenner had placed on Scott Disick earlier this summer is apparently connected to a long-standing physical ailment, one that the Lord has been neglecting for some time. That’s the claim being made in a new report on Scott Disick’s health problems, one that suggests a liver ailment–and Scott neglecting to keep up with his medication–was to blame for his breakdown.

That report’s source stated “Scott started using drugs and alcohol as a way to escape from his problems.” Which is certainly true: in fact, every single story we’ve written about Scott this summer has involved his boozy doins and rumors that he’s spiraling out of control. “However,” the source went on, “the more he continued to drink, the worse his other problem became.”

And the problem was apparently compounded by Disick either forgetting or refusing to take his mystery medications, which he supposedly needs to keep his liver in shape. “Kourtney and Scott know that the incident was caused by him not taking medications that he is prescribed,” the source revealed. But, since Disick could only be held for 72 hours under the terms of the psych hold (more popularly known as a “5150 hold,” after the section of the California Welfare and Institutions code detailing the circumstances under which a person can be declared a danger to himself or others), Scott resumed his regimen, and the hold was lifted.

“Scott was compliant with the hospital doctor’s orders,” the source confirmed, “and was released.”

None of the man’s have commented on Scott Disick’s health problems since news of the August psych hold broke earlier this week. In fact, since then, the 34-year-old has been most visible in headlines linking him to 19-year-old model Sofia Richie, with whom he’s been spotted several times this summer.

Scott’s fourth and most recent stint in rehab ended in the autumn of 2015.