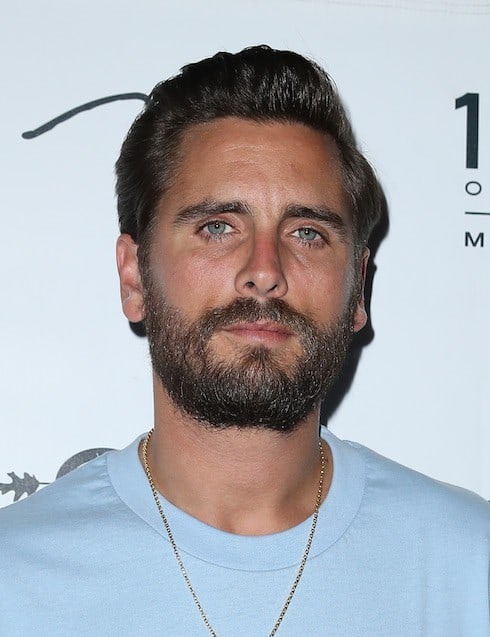 He may treat her like a douche now, but Scott Disick and Kourtney Kardashian are destined to be wed in the near future! At least, that’s what Scott is telling himself, according to the latest Keeping Up With The Kardashians sneak–in which Scott also claims he loves Kourtney so much that he actually hates her.

In the clip, Scott finds himself confronted by both Kourtney and Khloe, who basically want to know why he both commits himself to such douche-tastic behavior (like pretending he’s deeply in love with a 19-year-old he’s known for the length of an intercontinental flight) and slouches back to the Kardashian family like nothing happened.

According to Scott’s logic, though, Kourtney should be able to see right through him, since it’s obvious he only treats her like he hates her because he’s actually madly in love with her, and the two of them are destined to torture-kiss each other forever like Batman and the Joker, or something.

Here’s the clip, followed by a couple of Scott’s choicest explanations:

What does that [going out and doing whatever he wants] mean, though, at the end of the day? What do you think that really means? That means I hate you? Or does that mean that I actually love you and I do things out of spite?…Let’s be honest, obviously I’m not able to handle everything that well. I don’t have the best support team. I’d like to try to be a fucking better person, but it’s not the simplest thing.

Elsewhere in the shockingly revealing clip, Scott feigns disbelief at Kourtney’s anger, since it’s *Khloe’s* party they’re talking about disinviting him from, not Kourtney’s. He also suggests that he and Kourtney have some sort of secret marriage pact, á la Kramer and Elaine, whereby they’ll just sort of fall into a wedding ceremony when he turns 40 (or when she does; it’s unclear). The scene concludes with Scott’s hands all over Kourtney as he escorts her out of the room so they can go to the beauty salon together, leaving Khloe to vomit in peace.

Kourtney Kardashian is trying to join the family pregnancy game