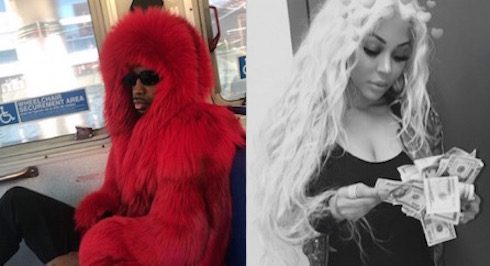 Lyrica Anderson has already gone public with her pregnancy and announced to everyone who’ll listen that her husband A1 is the baby’s father. But the Love & Hip Hop Hollywood star is still dealing with the fallout from her alleged smashing of co-star Safaree Samuels earlier this year when Lyrica and A1 were on a Ross-and-Rachel-style break. And now we’ve got more evidence suggesting that Safaree and Lyrica did indeed hook up in *some* capacity, though whether they actually smashed remains a matter of debate.

Recently, a resurfaced photo from Lyrica’s Snapchat has come under renewed scrutiny. Lyrica shared the image this past winter, after she had temporarily separated from A1 following talk of his alleged infidelity (including wild sex parties in a New York hotel suite).

The photo doesn’t specifically include either Safaree or Lyrica, but manages to potentially incriminate them both. Here’s the pic: 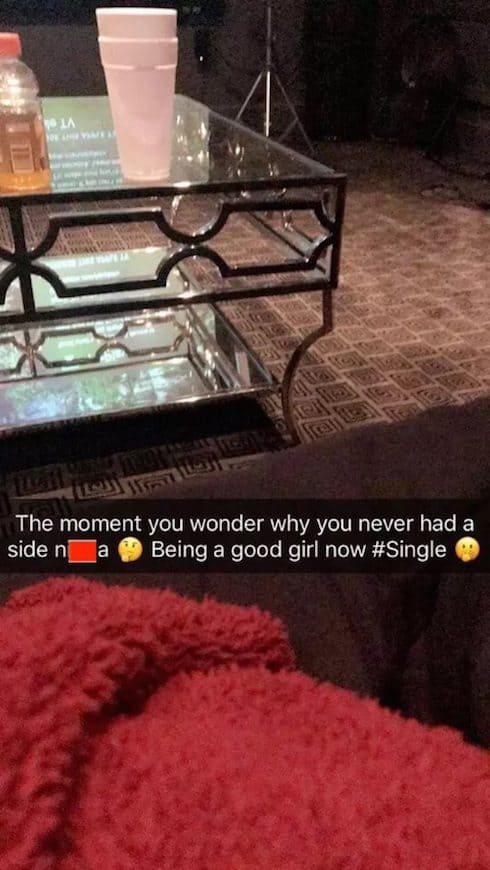 Since their storyline emerged on this season of LHHH, fans have begun speculating that the red fabric in the photo is actually Safaree’s infamous red fur coat, and that Lyrica shared the pic while snuggled up next to her temporary boo. And there are two glasses in the shot, meaning — presumably — two people were present.

In case you haven’t heard, a red fur coat is kind of a thing for Safaree. We’re not totally convinced that the fabric in Lyrica’s Snap is the same as Safaree’s coat; the one above looks more like a luxury hotel robe. By way of comparison, here’s Safaree in his red fur coat in a photo shared by his management team last autumn:

Here he is wearing it last March, in an attempt at staying low-key on the bus:

And at BET’s offices a few days before that:

And onstage during a gig this past January:

Nights like this make the Hard Work worth it. it's lit ?literally.. ayo @gqmusic Bday bas was a movie. thX 4 having me! Salute all my African Fans & ppl all over the world who support me! I love y'all! And big S/0 to @bobbykonders shelling the place down! ? STRAITTTTTTT #stuntgang #safaree ? by @lifeofwala love you @snapsnyc ?? #bookedinreallife

You get the idea. In fact, it’s an interesting exercise, wading back through Safaree’s Instagram page to look for images of him in his red fur coat; like foliage, you can use its appearance to tell when it’s gotten cold outside.

In any case, given that last week’s episode ended with A1 and Safaree about to square off (again), it looks like things between the three members of this quasi-love triangle will get messier before they get clean.