Teen Mom OG dad Ryan Edwards, who has previously admitted to being a pussy hunter, is in the headlines once again after allegedly sexting, soliciting sex, and sending at least two photos of his penis to a woman he met on Tinder.

The Grace Report was the first to report on Ryan’s virtual infidelity back in July. The Youtuber received a series of alleged text messages between Ryan and a woman in which Ryan got pretty raunchy and even sent an x-rated video of himself. Grace said she could not 100% confirm that it was Ryan, but she did call the phone number (which had a Chattanooga area code) and got a voice mail account for someone that sounded like Ryan. (I should note that The Grace Report video is currently unavailable.)

Fast forward a month and now Radar Online has another woman who has come forward claiming that she and Ryan got virtually hot ‘n’ heavy after initially meeting on Tinder. What makes these messages even more shocking is that they were dated LAST WEEK! Here’s how the initial Tinder convo went:

RYAN: What are u doing today

WOMAN: Do you have a Snapchat?

RYAN: I sure don’t I’m sorry

RYAN: I don’t get into all that stuff

RYAN: What are u looking for on tinder

WOMAN: Because you only have one picture [shrug] I don’t know. Just to meet new people. You?

RYAN: So not dtf

RYAN: Got ya well if your free tonight let’s chill

WOMAN: I have work tonight

RYAN: Got ya u get off late

RYAN: Hit me after

WOMAN: Can you text?

The following day, Ryan and the woman discuss meeting up again, and the conversation moves over to text messages. In them, the woman asks for Ryan’s last name for her address book, and once again points out that he only has one photo on Tinder. Ryan seems reluctant about revealing his last name, but he eventually tells her it is Edwards. He also sends her a photo of himself driving.

“Why are you on Tinder?” the woman asks, after apparently realizing it was Ryan from Teen Mom OG. “I thought you were married.”

“Then why are you on Tinder? Lol.” 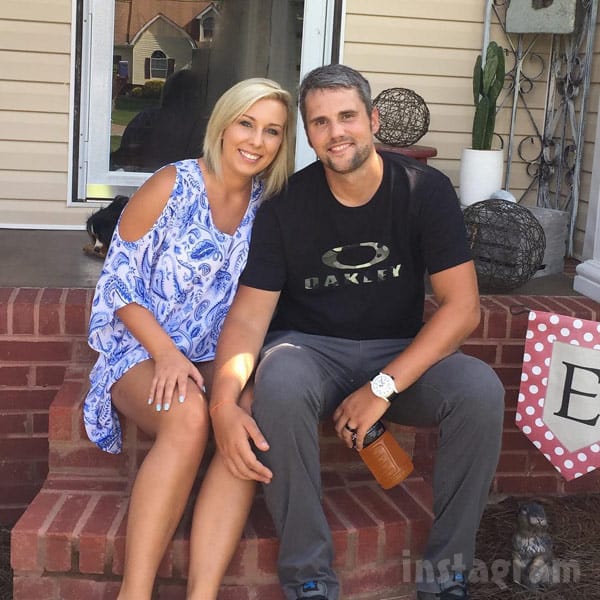 The two chit chat a bit about meeting up, before subtlety is tossed out the window. “Are you going to f**k me?” the woman asks.

Ryan then texts “Well come on then.”

The two hammer out the details of their Ryandezvous, which was to take place at the “Food City off 58.”

Catfish host Nev Schulman would be proud as the woman continues to badger Ryan for another photo, pointing out that one of the two he sent was “from Google.” Ryan then sent a “never-before-seen” selfie, as described by Radar. Right after that, he sent another never-before-seen (I hope) picture of his penis.

The woman bails on the meet up, and Ryan suggests they try again the following day. He also requests a “sexy” photo from the woman. “Let me see how pink it is,” he added — probably referring to the woman’s lipstick.

“You can see that in person,” she responded. Ryan then sent another scrotograph and eloquently explained the myriad ways she was affecting him by writing “Me me hard.”

Ryan then requests a video of the woman playing with herself, and she refuses. “No, that’s gross,” she wrote. (Doesn’t she understand that he he hard?!)

Ryan asks her to send “something” before deciding it was time to switch to Casanova mode with his language. “Come over I told you I’ll let u sit on my face so I ca get u good and wet.”

“I’m too tired tonight,” she responded.

The two strike up yet another conversation the next day and the woman makes it sound as though she is up for a meeting yet again. She asks Ryan where his wife is, and he says “Out of town.”

The woman asks “Til when?” to which Ryan responds: “Tomorrow.”

That concludes this chapter of Romance With Ryan, but something tells me the floodgates are about to open with other women coming forward sharing their sexperiences conversing (and maybe more) with Ryan.

Ryan and his wife Mackenzie have yet to address his alleged sexting, but Mackenzie did recently respond to comments on an Instagram photo she posted of herself that did not include Ryan. Someone asked if Ryan’s absence from the photo meant she had “finally” broken up with him. “Uhhh no,” she replied. “When you get a flat tire do you ditch your car? No. When your house is dirty do you walk away? No. It’s no different with the person you love. Just because you walk through rough waters does not mean you give up. It means you have enough self esteem to keep going, put your head up and fight harder.”

It looks like Mackenzie had better get out the car jack and broom because she’s got a lot of flat tires to fix and a dirty house to clean!

UPDATE – The Ashley’s Reality Roundup has got some background info on Ryangate! Apparently the young lady who was communicating with Ryan posted about it in a Teen Mom Facebook group before selling the story to Radar Online. My favorite quote is her asking the group: “Y’all: do I sleep with Ryan from Teen Mom and sell my proof, or have morals because he’s married?” These are the tough questions they don’t tell you about in school. Click the link for more.