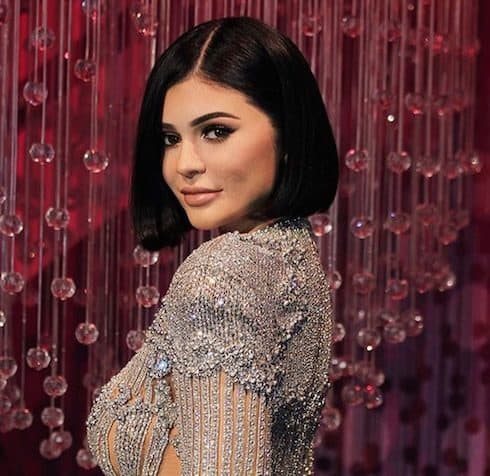 Stories about Kylie Jenner in labor continue to swirl even days after being debunked by anonymous sources, lending a madcap air to the final weeks of her still-unconfirmed pregnancy.

This weekend, the gossip industry went into overdrive thanks to unsubstantiated reports that Kylie had been spotted at Cedars-Sinai hospital in Los Angeles and was supposedly going into labor prematurely. (Cedars-Sinai, you may recall, is where all the talk about Kylie’s diva-tastic delivery room demands takes place — like how she’s insisting on renting out an entire floor for herself and her entourage.)

TMZ, who originally broke the Kylie Jenner pregnancy story this past autumn, tried to short circuit the process by confirming that “Kylie isn’t due this month,” and adding that all talk of Kylie Jenner in labor was “definitely not true.” The site was also among the first to point out that a photo Kylie’s baby daddy Travis Scott shared on Snapchat, featuring the caption “Make it home to ya one way or another,” was actually from last December, and not a recent upload suggesting he was scrambling to make it back to LA for the delivery of his first child.

(Devotées of Kylie Jenner gossip will note that this is not the first time old media has been used to support a new rumor. A few weeks ago, during the height of the conspiracy alleging Kylie had actually already given birth and was hiding from public view until she got her figure back, one key piece of evidence was a video of Kylie dancing while sporting a baby bump and a tight dress. But the clip, originally said to be from September, was actually filmed following the Golden Globes ceremony in January of 2017.

Additionally, Gossip Cop got in the game with a sharp rebuke for every tabloid who published the rumor as fact. “Regurgitating rumors online is not journalism,” said the site, which also rolled its eyes at the endless stream of anonymous “Jenner insiders” said to be “feeding [the tabloids] stories.”

Cuties ? hair by @chrisappleton1 and makeup by Me! #Tbt #kimkardashian #makeupbyariel

Meanwhile, as Metro points out, Kylie fans eager for a pregnancy confirmation that’s sure to never come have found more fodder for the vast network of gossip regarding her uterine status. Ariel Tejada, Kylie’s 25-year-old makeup artist used to drop glamour shots of Kylie on the regular. But Ariel — whose work you can see on Kim Kardashian above — hasn’t shared a photo of Kylie on his Instagram feed in over two months. (Kylie stopped sharing new photos of herself around the same time.)

And, as both TMZ and Gossip Cop’s articles noted, Kylie is said to be due sometime in March. Which means that while we still don’t have official confirmation that the 20-year-old is in fact pregnant, the same high-quality sites responsible for publishing what’s now the worst-kept secret in the entertainment industry have given us all a window for her due date with what amounts to a wink and a nod.

True Life “I Hate My Face:” Inside the myths and reality of body dsymorphic disorder (BDD)