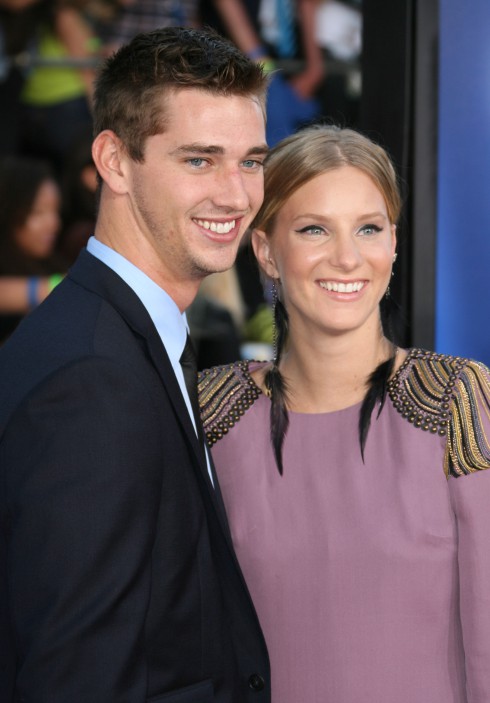 Heather Morris and her longtime boyfriend Taylor Hubbell are reportedly expecting their first child together. The Glee actress who plays ditzy cheerleader Brittany on the hit show has been wanting to settle down and have kids but was a bit surprised to find out that she and Taylor would be welcoming a baby so soon.

“She’s a little more than three months along and starting to show,” a source reveals to Us Weekly. “It was totally unexpected, but they are incredibly happy and excited.”

Heather has been vocal about her desire for a family and a couple of years ago, she explained that having one may lead to her walking away from her acting career. “I want to marry Taylor and have kids with him,” Heather, who used to work as a background dancer for Beyoncé, told Fitness in 2011. “I love acting, but if it affects my relationship, then I won’t continue.”

While the pregnancy doesn’t necessarily mean that Heather and Taylor are going to be rushing down the aisle in a hurry, a second source claims they wouldn’t be surprised if a wedding isn’t too far off for the couple. “I see it in their future,” they said.

Heather and Taylor first met as teens in high school.